CAP payments are set to be reduced by 1.30 per cent in 2015. This is due to the European Commission recently adopting a proposal on the application of the financial discipline mechanism for the CAP budget for the financial year 2015. 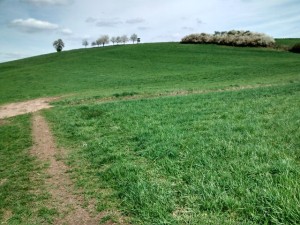 On 26 March, the European Commission adopted a proposal which should help to reduce CAP Direct Payments exceeding €2000 by 1.30 per cent.  This compares with a rate of 2.453658% that was applied for 2014. The Commmission explains the move saying that it will “ensure that the market crisis reserve of €433 million is available in the 2015 budget (…) with the exception of direct payments for farmers in Bulgaria, Romania and Croatia as they are still being phased-in in those Member States.“

According to the EC press release, the budget rules state that “the Commission is obliged to table a proposed rate of financial discipline before the end of March, if forecast spending for the following year (including the crisis reserve) is higher than the maximum budget available amount for CAP Direct Payments & market measures (the so-called “1st Pillar” of the CAP, funded through the European Agricultural Guarantee Fund) defined in the 2014-2020 Multi-Annual Financial Framework. Under the rules, the Council and European Parliament have now until 30 June 2014 to fix the rate of financial discipline. In the absence of such agreement by 30 June, the Commission will set the rate.“

The Commission will present an amending letter to the draft 2015 budget in October 2014, and “will therefore also update the rate of financial discipline no later than 1 December 2014. The existing rules require that the money generated by financial discipline which remain available in the EAGF budget at the end of the financial year, including those of the crisis reserve, shall be reimbursed to farmers”.

In April 2014 the EC was able to get back from Member States “€318 million of EU agricultural policy funds, unduly spent by Member States, is being claimed back by the European Commission under the so-called clearance of accounts procedure. Because some of these amounts have already been recovered from the Member States the financial impact of today’s decision will be some €315 million”. Member countries have to return these funds to the European Union budget because of “non-compliance with EU rules or inadequate control procedures on agricultural expenditure. Member States are responsible for paying out and checking expenditure under the Common Agricultural Policy (CAP)”.

ARC2020 has obtained a draft copy of the EU’s Farm2Fork Strategy on Sustainable Food Systems Draft Action Plan, as of 13th January. Download it in full in the article. […]

Here is the full text of Agroecology Europe’s Barcelona Letter on Agroecology. Policy and investments, inclusion and participation, rural-urban connections, pricing, breeding, technology and transition all feature in this call out for a different approach to how we the people do farming, land and food. […]