MEPs in the Environment Committee yesterday voted in favour of legislation that would see a reduction in the production of crop-based fuels in Europe. The result is a small victory for groups campaigning for such crops to be completely phased out; however they argue there is still much more that must be done. 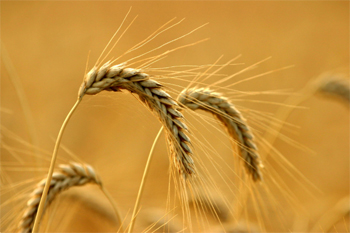 The debate over biofuels has seen industry and environmental groups at loggerheads in recent years. Growing evidence of their negative impact on food prices, global hunger and the environment, is not good news for some of the world’s biggest companies now invested in biofuel production.

Since 2008, as part of its landmark climate legislation, the EU requires Member States to derive at least 10 per cent of transport fuels from renewable sources by 2020. Biofuels were initially pushed as part of this. The legislation voted on yesterday however would now see a limit set on the amount of food-based crops that are allowed to make up this quota: 5.5 per cent of the suggested 10.

Biofuel production has been heavily critisced by environmental and international development groups around the world. Made from crops such as corn, sugar cane or rape; they directly remove food from the food chain. They have also been blamed for rising food prices.

Green groups have also suggested that the so-called emissions arising from indirect land use change (ILUC) such as clearing of forests and grasslands, mean that biofuels are in fact worse for the environment than petrol and diesel.

At the end of June, 113 civil society organisations and coalitions wrote an open letter to European Parliamentarians demanding them to “fix a failed biofuel policy” and to “halt and reverse the radical expansion” of biofuels. Ahead of the Environment Committee vote, Friends of the Earth Europe also published a new analysis on biofuel trade-offs.

The Environment Committee (ENVI) voted 43-21, with one abstention. Reacting to the vote, campaigners have said that although it is step in the right direction, the only way biofuels can stop competing with food production is if they are phased out all together.

Robbie Blake, biofuels campaigner for Friends of the Earth Europe explains: “The result of the vote shows MEPs have understood that biofuels cause hunger, deforestation and carbon emissions. But they have not voted for strong enough action to remove these threats...This vote would put a necessary pause on the expansion of biofuels, but we need to end biofuels competing with food production by phasing out this misguided use of food for fuel altogether.”

According to an article in the Financial Times, European refiners have argued that new restrictions would jeopardise hundreds of millions of euros they have ploughed into biodiesel plants in recent years with encouragement from EU policy makers.

The voted amendments by the Environment Committee will next be put to a vote of the full Parliament plenary on September 10 in Strasbourg.

Why don’t we talk about doing good instead of doing less harm? Because we are facing a crisis of imagination, writes Ans Rossy. To move away from our society’s current paradigm of power and influence, we will need inspiring new narratives. Agroecology can help us envision a future that’s about sharing and cooperation. […]