Nature conservancy, farming and crofting groups have written to Cabinet Secretary Richard Lochead to secure the future of environmentally-aware High Nature Value (HNV) farming and crofting in Scotland. “The long-term future of many of Scotland’s farmers and crofters hangs in the balance,” warns Vicki Swales, head of land use policy at RSPB Scotland. 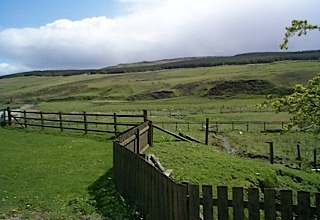 “Rising costs, falling prices and harsh climatic conditions in some of the most challenging parts of the country are putting the viability of some farms and crofts on a knife-edge. This represents a crisis not only for the farming families and rural communities affected but for our most valued wildlife and landscapes.”

The north and west of Scotland has a lot of holdings that practice traditional farming methods, but some of these are also economically vulnerable. Scottish Crofting Federation chief executive Patrick Krause stressed the urgency of the situation: “Crofts and smaller-scale farms in areas known as the ‘Vulnerable Farming Areas’ are collapsing. These same areas hold much of our most precious wildlife, our most valuable peatlands and our most fragile communities. These are not only important to Scottish culture but are essential to the Scottish economy which depends upon the well-being of our iconic landscapes,” he explained.

“It is within the Scottish government’s power to protect these areas, but they must act now before it is too late.” The Scottish government is expected to have annual funding of around GBP 650 million, some of which will make the difference between keeping going and stopping for environmentally important crofts and farms.

Petition calls for addtional bans, and a shift of funding away from destructive industrial agriculture […]

UK farmers’ union flies in the face of reason

When it comes to bees and neonicotinoid pesticides, the UK’s National Farmer’s Union seems perfectly willing to keep the killer sprays pumping […]