We are living in a time of extraordinary ecological loss. Not only are human actions destabilising the very conditions that sustain life, but it is also increasingly clear that we are pushing the Earth into an entirely new geological era, often described as the Anthropocene.

Research shows that people increasingly feel the effects of these planetary changes and associated ecological losses in their daily lives, and that these changes present significant direct and indirect threats to mental health and well-being. Climate change, and the associated impacts to land and environment, for example, have recently been linked to a range of negative mental health impacts, including depression, suicidal ideation, post-traumatic stress, as well as feelings of anger, hopelessness, distress, and despair.

Not well represented in the literature, however, is an emotional response we term ‘ecological grief,’ which we have defined in a recent Nature Climate Change article: “The grief felt in relation to experienced or anticipated ecological losses, including the loss of species, ecosystems, and meaningful landscapes due to acute or chronic environmental change.”

We believe ecological grief is a natural, though overlooked, response to ecological loss, and one that is likely to affect more of us into the future. 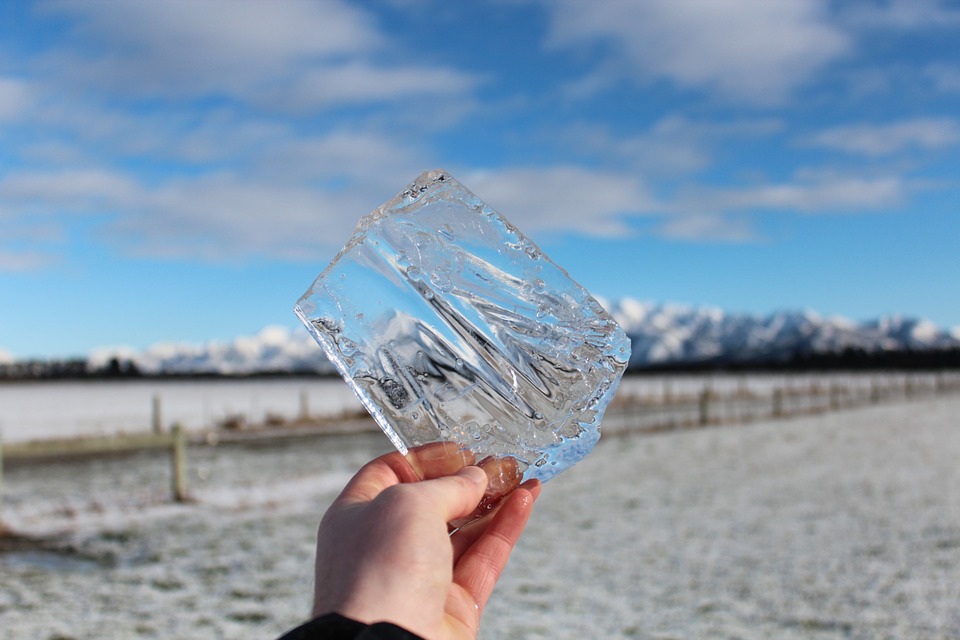 Grief takes many forms and differs greatly between individuals and cultures. Although grief is well understood in relation to human losses, ‘to grieve’ is rarely considered something that we do in relation to losses in the natural world.

The eminent American naturalist Aldo Leopold was among the first to describe the emotional toll of ecological loss in his 1949 book, A Sand County Almanac: “One of the penalties of an ecological education,” he wrote, “is to live alone in a world of wounds.”

More recently, many respected ecologists and climate scientists have expressed their feelings of grief and distress in response to climate change and the environmental destruction it entails in places like: “Climate scientists feel weight of the world on their shoulders” and “Is this how you feel?”

Ecological grief is also a significant theme in our own work. In different research projects working with Inuit in Inuit Nunangat in Arctic Canada and farmers in the Western Australian Wheatbelt, both of us have spent a combined total of almost 20 years working with people living in areas experiencing significant climatic changes and environmental shifts.

Despite very different geographical and cultural contexts, our research revealed a surprising degree of commonality between Inuit and family farming communities as they struggled to cope, both emotionally and psychologically, with mounting ecological losses and the prospect of an uncertain future.

For Inuit communities in the Inuit Land Claim Settlement Area of Nunatsiavut, Labrador, Canada, the land is foundational to mental health. In recent years, melting sea ice prevented travel to significant cultural sites and engagement in traditional cultural activities, such as hunting and fishing. These disruptions to an Inuit sense of place was accompanied by strong emotional reactions, including grief, anger, sadness, frustration and despair.

One male who grew up hunting and trapping on the land in the community of Rigolet, Nunatsiavut explained:

“People are not who they are. They’re not comfortable and can’t do the same things. If something is taken away from you, you don’t have it. If a way of life is taken away because of circumstances you have no control over, you lose control over your life.”

In both cases, such experiences resonate strongly with the concept of “solastagia,” described both as a form of homesickness while still in place, and as a type of grief over the loss of a healthy place or a thriving ecosystem.

People also grieve for lost environmental knowledge and associated identities. In these cases, people mourn the part of self-identity that is lost when the land upon which it is based changes or disappears.

For Australian family farmers, the inability to maintain a healthy landscape in the context of worsening seasonal variability and chronic dryness often elicited feelings of self-blame and shame:

“Farmers just hate seeing their farm lift; it somehow says to them ‘I’m a bad farmer’. And I think all farmers are good farmers. They all try their hardest to be. They all love their land.”

For older Inuit in Nunatsiavut, changes to weather and landscape are invalidating long-standing and multi-generational ecological knowledge, and with it, a coherent sense of culture and self. As one well-respected hunter shared:

Many Inuit and family farmers also worry about their futures, and express grief in anticipation of worsening ecological losses. As one woman explained from Rigolet, Nunatsiavut:

“I think that [the changes] will have an impact maybe on mental health, because it’s a depressing feeling when you’re stuck. I mean for us to go off [on the land] is just a part of life. If you don’t have it, then that part of your life is gone, and I think that’s very depressing.”

Similarly, a farmer in Australia worried about the future shared their thoughts on the possibility of losing their family farm:

Ecological grief in a climate-changed future

Ecological grief reminds us that climate change is not just some abstract scientific concept or a distant environmental problem. Rather, it draws our attention to the personally experienced emotional and psychological losses suffered when there are changes or deaths in the natural world. In doing so, ecological grief also illuminates the ways in which more-than-humans are integral to our mental wellness, our communities, our cultures, and for our ability to thrive in a human-dominated world.

From what we have seen in our own research, although this type of grief is already being experienced, it often lacks an appropriate avenue for expression or for healing. Indeed, not only do we lack the rituals and practices to help address feelings of ecological grief, until recently we did not even have the language to give such feelings voice. And it is for these reasons that grief over losses in the natural world can feel, as American ecologist Phyllis Windle put it, ‘irrational, inappropriate, anthropomorphic.’

We argue that recognising ecological grief as a legitimate response to ecological loss is an important first step for humanising climate change and its related impacts, and for expanding our understanding of what it means to be human in the Anthropocene (.pdf). How to grieve ecological losses well — particularly when they are ambiguous, cumulative and ongoing — is a question currently without answer. However, it is a question that we expect will become more pressing as further impacts from climate change, including loss, are experienced.

We do not see ecological grief as submitting to despair, and neither does it justify ‘switching off’ from the many environmental problems that confront humanity. Instead, we find great hope in the responses ecological grief is likely to invoke. Just as grief over the loss of a loved person puts into perspective what matters in our lives, collective experiences of ecological grief may coalesce into a strengthened sense of love and commitment to the places, ecosystems and species that inspire, nurture and sustain us. There is much grief work to be done, and much of it will be hard. However, being open to the pain of ecological loss may be what is needed to prevent such losses from occurring in the first place.

This article was originally published on The Conversation. Read the original article.

The Kingdom of Bhutan is best known for its high national happiness levels, gorgeous Buddhist monasteries, untouched forests and nature protection areas. Lesser known is that fifteen years ago, the small country in the Himalayan Mountains pledged a shift to total organic food production. ARC2020’s Hannes Lorenzen reports on the innovative entrepreneurs spearheading this transition. […]

Ireland | Intensive Farms Must Pull their Weight for a Just Transition

Not all agri-sectors have the same impact. As the debate in Ireland over greenhouse gas emissions cuts for economic sectors intensifies, who is thinking about the fair share within sectors? Here we republish an article from Rural Ireland on the Move, our report from April this year. In it, Fintan Kelly  – agriculture and land use policy and advocacy officer with the Irish Environmental Network – examines the idea of a fair share on emissions within agriculture.  […]

Livestock management is quietly undergoing a massive transformation. It began in the 1970s when Allan Savory developed Holistic Management, and from there many farmers have continued to refine the art of grazing. […]