The European Economic and Social Committee (EESC) is currently preparing an own-initiative opinion on land grabbing in the EU and its implications on family farming. One of the objectives is to present relevant civil society proposals to address the consequences of large-scale land investments in the EU. Terre de Liens’s Veronique Rioufol tells us about the public hearing on this topic held last week, on Tuesday 4 November. 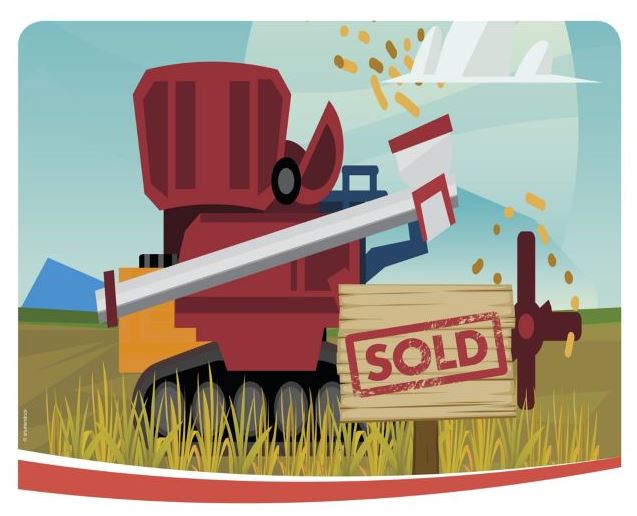 The purpose of the hearing is to take stock of this phenomenon in the EU, to discuss the impacts of this process on family/smallholder farming, employment in rural areas, access to land for young people and environmental resources, as well as to gather views from civil society and relevant stakeholders.

The European Economic and Social Committee has established a study group to explore the issue of land grabbing/ large-scale land acquisitions in Europe. After consulting a range of public, private and civil society actors, and conducting a fact-finding mission in Romania, it organised a public hearing on 4 November in Brussels, to present and discuss the preliminary draft opinion “Land grabbing – a warning for Europe and a threat to family farming”.

The latter clearly identifies “increasing globalisation and the ideology of the free movement of capital” as a key factor of land grabbing. It highlights:

During the hearing, the first session aimed at making a state of the art of land grabbing and large financial investments in European farmland. Robert Levesque, from the French Federation of SAFER, showed how farm structures, in France and Europe, are moving away from the classical model of family farms wherein the land, productive capital and most of the work lie in the family, towards farms based on a higher share of external capital, rented land, and salaried work. He highlighted how the current functioning of the land markets fuel land concentration.

Professor van der Ploeg from Wageningen University analysed the emergence of large, corporate agricultural enterprises in Europe. He showed how this results from a series of factors: land grabbing within and ‘around’ Europe, land concentration, the demise of family farms, private appropriation of water and the recapitalisation of banks. He underscored why such mega-farms are an issue for European agriculture and societies and suggested a series of key reforms, including capping per hectare payments and making redistributive payments compulsory, restricting land acquisitions by any single owner, supporting land sharing models or improving certification of family farming products.

Mr Burns, EESC member, then explained how two centuries of evicting people to constitute large-scale agricultural estates in Scotland have led to rural depopulation, economic decline, and the destruction of social services and infrastructures. While there is now a political will to revitalise these areas and rebalance towns and countryside, it requires massive investments and planning.

The second session explored the policy implications and possible solutions, with most speakers from EU institutions. R. Ramon, from DG Agriculture, underscored the dualism of European agriculture, marked by increased polarisation towards very small farms on the one hand and mega-farms on the other. He acknowledged that the CAP had contributed to land concentration and the decline in farm numbers, particularly in countries implementing SAPS payment (EU-12). He sees the new CAP as a more efficient and fairer policy, and underscored the new opportunities existing for young farmers, small farms and rural development. He however acknowledged that the reformed CAP will not change the general trend of decline in farm numbers.

T. Wiedmann, from DG Financial Stability, emphasised that while the free movement of capital was enshrined in EU Treaties and a major pillar of its construction, jurisprudence showed that there was some flexibility for member states to introduce restrictions to investments in farmland, for public policy or security reasons, as long as these restrictions were deemed “proportionate”.

J.Delsalle, from DG Environment, presented the ongoing work towards the adoption of a Land Communication, which seeks to analyse the current situation in terms of land decline and degradation, and investigates possible evolutions at EU level (improved consistency between EU policies, better enforcement of existing policies, etc.). A public stakeholder consultation will be launched by the end of 2014 to feed into the preparation of the Communication.

H. Lorenzen, adviser to the Agricultural Committee of the European Parliament, highlighted that much capital has been invested in farmland since the food crisis of 2008-9, which showed investors that they could make important profits in farming and farmland. He called for better regulation of land markets and investments, but underlined the strong opposition of certain member states when EU institutions start discussing policies affecting land use and land value. He showed the need to explore the way land is used (food/ fibre/ energy) as well as land ownership.

In addition, L. Jansen, from FAO, explained how the Voluntary Guidelines on land tenure, which have been agreed by most countries, are now being implemented at national level. She indicated that so far no EU member states had made contact with FAO to implement them on a national level and draw their domestic and foreign policies in line with them.

Finally, I presented about Terre de Liens, a French civic organisation which is mobilising citizens and citizens money to support peasant and organic farmers in securing access to land. In just few years, Terre de liens was met with considerable success, as it managed to gather support from over 10000 citizens and to raise 36 millions Euros, which have enabled us to secure 2600 hectares of land and support the establishment or consolidation of 120 farms. Similar initiatives exist in Belgium, Catalonia, Germany, the US and New Zealand. While marginal in size, these initiatives bear witness to the desire of many citizens and local authorities to maintain local, community-connected forms of farming, to develop green belts, develop rural jobs and activities and preserve the environment.

The short discussion mostly revolved around the principle of the free movement of capital and the possibility to adapt it for the sake of preserving farmland and family farming in Europe. The EESC study group will continue its work and calls for contributions from civil society on its draft opinion. The latter will be presented for approval by the EESC plenary in January 2015.

All Arc2020 news on Land Grabbing

Changes introduced regarding the organisation, management and exploitation of meadows […]

Attila Szocs overviews the issue of land grabbing, in light of the European Economic and Social Committee fact finding visit to Romania. […]