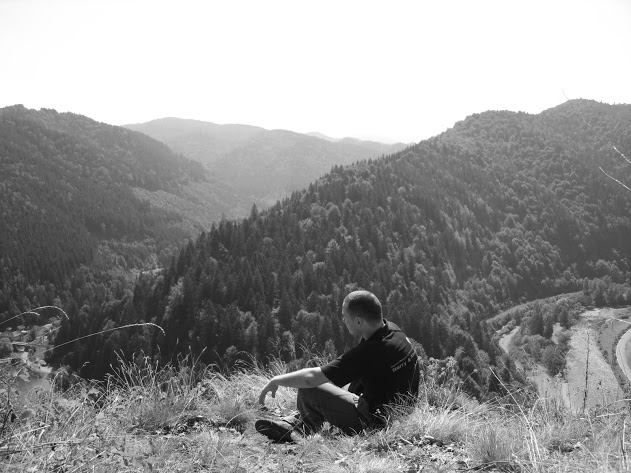 “Nos uentum covetio”, the senators would cheer in ancient Rome. The Romanian parliament finally reached an agreement on the long debated law which regulates the marketing of agricultural lands in the country. About time, farming associations say, as the countries’ moratorium on land sales towards EU citizens was lifted at the beginning of the year. The process was agonizing. The law, drafted at the end of 2013 by the Ministry for Agriculture, was changed more than 10 times before it reached its final version, just to be refused by President Basescu, who sent it back to the Parliament for re-drafting and more clarifications. Structural changes were made in both chambers and finally, on the 18th of February a new law was born.

“I’m very glad that the law was voted. I think it is a good law. It has taken advantage of the President’s reexamination to simplify even more the selling process…In other words, citizens wishing to sell a land need to visit the town hall once, presenting their offer, and then must wait for its written approval or clarifications regarding the statute of the land”, declared Agriculture Minister Daniel Constantin.

But what does this really mean? The local authorities (town halls) have the role of an ultimate facilitator (see graph), accepting offers from sellers, communicating with the involved parties, reporting to the Ministry of Agriculture, supervising the deal. On top of all this, they also need to be able to start over if the set price or the involved actors change during the process. In a nutshell, they will become the rural real estate agency. It’s a bureaucratic nightmare which the currently severely under-financed local authorities will have serious difficulties dealing with. Thus, the process can take up to a few months, depending on the interest of the involved actors and the communication between them.

The new law also defines a set of “pre-emptors”, actors having first hand rights on buying the land at a set price and conditions. The privileged categories are the co-owners, tenants, neighbouring owners of the land and finally the state, through the State Domains Agency (SDA). They are the ones firstly consulted in the selling process. If one of them expresses the wish to acquire the offered land, the deal settles and the land doesn’t reach the “free market”.

“The State Domains Agency will only have the capacity of buying lands, not selling. Another Directorate from the Ministry for Agriculture will deal with the release of necessary approvals and with the regulation of the land market in case of any dysfunctions. The State Domains Agency will be directly subordinated to the Prime Minister and in the coordination of the Ministry for Agriculture”, highlighted secretary of the state Daniel Botanoiu. The limits to their power he imposes is actually some good news, given the fact that the SDA was already involved in various scandals regarding uncontrolled large land leases and sales.

Following the reactions of other Eastern European countries opening their land markets (or not, see Hungary) towards EU norms, Romania had to provide something. The countries’ last law on this matter dates back to 2005, a time when Romania was rushing through the negotiation process to join the EU. Needless to say, caution over land sovereignty was not on the agenda as Law 312/2005 in its Article 3 states:

Analyzing the new law we find that the main aims are to “exploit natural resources” and “consolidating agricultural land in order to increase farm dimensions and to establish economically viable farms”. Yes, the Romanian agricultural vision is still in the 1960s betting on resource rush and on the fact that bigger is better. Better for who? For the pre-emptors, one could say. After all they are the first in line to buy the land.

Statistics show, however, that the average monthly income in Romania is around EUR 360 and most of it is going into subsistence. The EU average is much higher, in UK it’s around EUR 2700. One fact is for certain, Western EU citizens, not to mention multinational companies, have more capital, and while the average EUR 2500/hectare price sounds enormous for Romanians, it’s a bargain for others (especially when taken in consideration the fertility of the soil and EU subsidies). This takes us back to the preemptive role of the state, through the State Domains Agency.

According to minister Constantin “the state has reserved the right to intervene if the situation demands. For example, when, let’s say, we would have too many foreign individuals wanting to buy agricultural land and we would end up with a dimension which would create problems, I am referring to hundreds of thousands of hectares”.

But landgrabs in Romania already have a dimension which is creating problems. As various case studies also show, 10 percent (more than 1.3 million hectares) of Romanian farmlands were already grabbed by foreign investors. How? Simply by registering a Romanian company. Under the new law, this approach makes even more sense. Companies with qualified staff (analysts, lawyers, consultants) can overcome bureaucratic hurdles easier than individuals (foreign or domestic). Companies also think big, which fits perfectly the governmental agenda.

Romania smoothly resolved the opening of land markets. No moratoriums for hidden reasons, no EU backlash, the European free-market must salute the legal solution. Let’s not forget, though, that free markets work both ways. Peasants do not just disappear. Landless and with few employment opportunities in Romania, more and more are upping sticks and heading west. This was always inevitable – hence the dual dates for the opening of Romania’s borders at the beginning of this year, both to western investors coming into the country and Romanian workers heading out. Those harping on about the ‘Romanian invasion’ in the west need to remember that for Romanian peasants it is them who are the invaders.

Bilateral discussions on the future of EU farming continue

Eco Ruralis Bring us the Shocking Story of Forest Grabbing in Romania, where the vast majority of Europe’s Vital Old Growth Forests are. Fact Sheets, Leaked Letters and an Undercover Video Expose. #Forestgrab […]