Errors of a previous administration, a billion euro dispute between France and the Commission, even bigger French borrowing on the international markets, late payments to farmers – its a financial cap-tastrophe in France. Peter Crosskey untangles the mess. 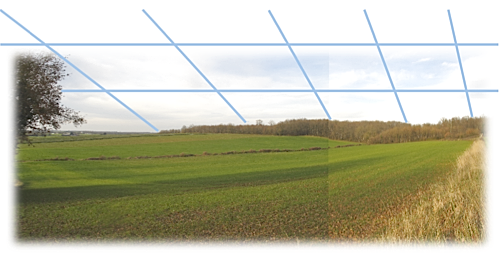 French government mapmakers have until the end of June to finish revising the maps that define which land can and cannot be part of a valid claim for CAP funding applications. If they miss the deadline, the French government will not be refunded by the EAGF for advance payments it has already made against 2015 CAP applications.
The mapmakers’ chances of succeeding are slim. The task is complicated by the fact that there are two different issues to resolve for maps covering 26 million hectares of farmland eligible for CAP payments. One relates to the CAP before the 2013 reform and the other to the new requirements of the 2013 reform.
The first issue is that the European Commission auditors are refusing to sign off certain CAP payments made between 2008 and 2012. The contested payouts, totalling one billion Euros, involve topographical features that the Commission argues should have been removed from the hectarage claimed at the time. The French agriculture ministry set to work throughout 2015 to tidy up the mapping data, identifying such features as hedges more than two metres wide from satellite photographs.
At the end of calendar year 2015 this painstaking and detailed work to revise the maps ran into the buffers. The European Commission declared the incomplete mapping layer inadmissible for the new CAP funding applications, which now needs to include a revised mapping of features that can be protected under cross compliance: minimum maintenance of the landscape includes the  protection of hedgerows, which can be counted as Environmental Focus Areas (EFAs).
There are also some features which are considered to be non-agricultural areas, such as woods, shrubs, groves, ponds – unless farmers can prove that these areas are used for feeding their animals. In the case of high natural value systems where trees and non-herbaceous plants may provide the main forage for animals, breeders can re-interpret the satellite images of their land. But they are up against a tough administration that lives in fear of a European rejection of the final accounts.
Rather than face a farming meltdown, the French government went out  into the international money markets. The finance ministry borrowed seven billion Euros to keep the nation’s farmers afloat with a number of part payments against some of their entitlements. The administrative window for reclaiming these stopgap funds from Brussels closes at midnight on June 30.
The result has been that many French farmers have received up to 90% of some payments and are still waiting for the outstanding balances of CAP funding. On May 9, French president François Hollande promised that outstanding money would be  paid by the end of the summer at the latest. The agriculture ministry has confirmed this, posting a revised payments schedule on its website. However, the ministry is inevitably taking a lot of criticism for the oversights of the previous administration.
There is a familiar inevitability about which holdings will be hit hardest by the late arrival of CAP money. Peasant farming union the Confédération Paysanne (la Conf’) berates both the French government and the European Commission for their “hot air.” Once again, la Conf’ has launched an appeal for action to support peasants in France. “In the middle of an agricultural crisis, once again it’s the peasants who are up against the greatest difficulties. They face the fear of getting their applications wrong and uncertainty as to when they will be paid. Improvisation on this scale, which costs the taxpayer dearly, too, is unacceptable,” la Conf’ declared in a statement.
So far French beneficiaries have still not seen the colour – even greener – of the new money available under the new 2015-2020 CAP. What they have received so far is a refundable cash advance from the national budget. The cut-off date for 2016 CAP funding applications has been extended to June 15, while the ministry works to clear the 2015 payments backlog.

Do the stats show that farmers are loosing power? maybe not.

“Ms McGuinness’s press release should have congratulated farmers on increasing their share of consumer spending over this period, rather than arguing that their share has been decreasing.” So says Professor Alan Matthews, in a new post on his CAPreform blog. The context for this claim was the use by MEP Mairead McGuinness of EU Commission stats to suggest that farmer/producer power, as expressed through share of  consumer price, is declining in the face of increasing power from further up the food chain, namely retailers. According to the Irish Times, Mairead Mcguinness said “The 2011 figures compiled by Eurostat show that farmers receive 21 per cent, the food industry gets 28 per cent and the remainder, 51 per cent, goes to food retail and food services. Receiving slightly more than one-fifth of the price consumers pay for food is an insufficient share for those who provide the lion’s share of the input. Farmers invest the greatest effort and time of all stakeholders in the food chain and also carry the greatest risks, including weather impacts.” So what is Alan Matthews saying? […]

Agricultural production is on track for this year, and the EU is self-sufficient in most areas. Despite the challenges of the coronavirus crisis we have little reason to worry about food supply in the EU. This was Sebastian Lakner’s tentative conclusion in part 1 of his review of the available data. But his findings come with some major caveats. Trade in commodities must continue to flow to guarantee food supply in the context of the EU’s interconnected agribusiness model. Here in part 2 Sebastian Lakner examines another critical factor: labour and seasonal migrant workers. […]