On 21.01.2017 European dairy farmers protested in Brussels against the sale of EU intervention milk powder and in favour of the introduction of a permanent crisis instrument. 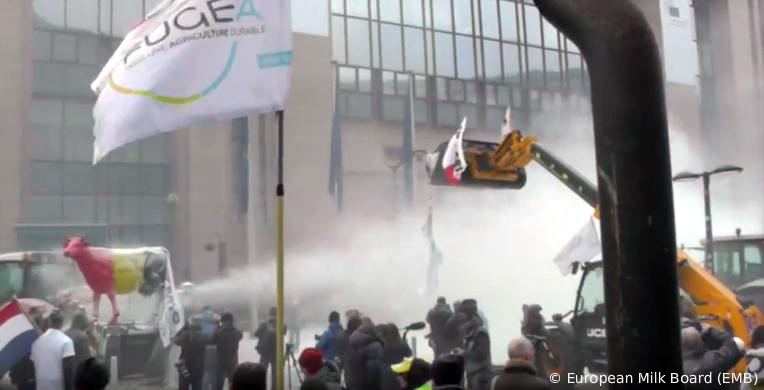 Outlines of Europe and Africa had been placed on the ground in front of the Council of the European Union building. A telescopic handler continuously rained down milk powder, such that the two continents will quickly be entirely covered. “Milk producers all over Europe are still in the throes of the crisis,” says Sieta van Keimpema, dairy farmer and vice president of the EMB, in a speech directed at the Ministers as well as the European Commission. 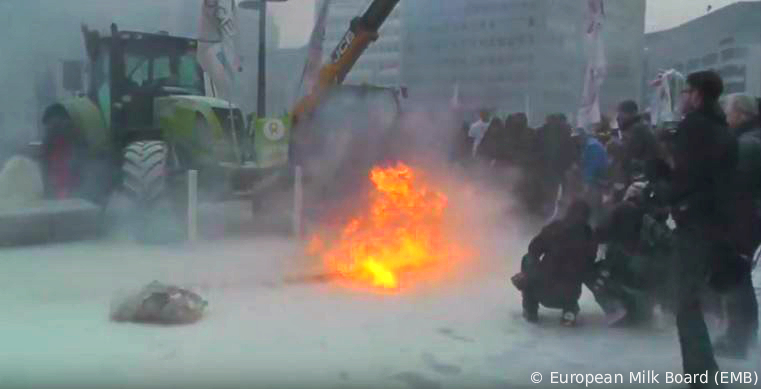 Voluntary production cuts contributed to a price recovery in Europe at the end of last year. However, the current milk price of about 32 cents per litre still does not cover production costs that are over 40 cents across Europe. Prices must rise further to finally reach cost-covering levels. It is, however, impossible for intervention – simply buying up and storing milk powder or butter – to provide such relief. This is because the surpluses continue to exist and prevent the urgently needed increase in milk prices.

Read the ARC2020 Debate on the European #MilkCrisis here.

Bostan – A Garden near your House

The word Bostan means garden near your house, where you grow your daily food. And this is what people like to do in Turkey, even when they live in a city of millions – like Istanbul. […]