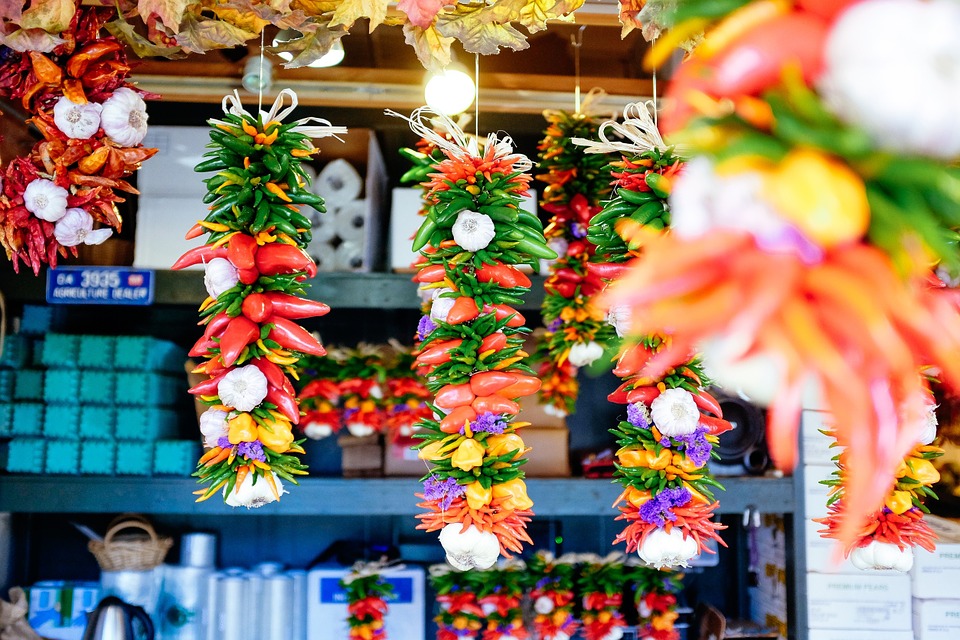 Questioning unlimited growth in demand and emphaisisng the impact of societal pressures on productivity and yield, a new OECD report argues for more coherent and holistic farm and food policies. ‘As in other sectors, the economic interests pursued by food and beverage companies are not necessarily aligned with public interests’ the report states. Hans Wetzels has more.

Food systems all over the world are facing a triple threat: providing food security for a growing global population, while livelihoods on farms and in supply chains are under pressure and environmental footprints have to be decreased. According to a new OECD-report, governments could do much more to take into account synergies and trade-offs between these three issues and formulate more coherent and holistic policies when it comes to nutrition, farming, international trade, food security, livelihoods and environment sustainability.

‘Food systems are complex. For example, growing demand for some food products may benefit producers in poor countries but may also bring negative environmental consequences; and changes in food prices which benefit producers could simultaneously harm poor consumers,’ OECD writes in ‘Making Better Policies for Food Systems’, which was published on 27 January 2021. ‘Adding to the complexity, food systems display heterogeneity, with important differences between smallholder quinoa farming in the Andes, extensive cattle grazing in Mongolia, and high-tech greenhouse vegetable production in the Netherlands.’

‘Synergies and trade-offs could have important implications for the choice of policy instruments and for the calibration of how much intervention is needed,’ OECD specifically argues for careful and fact-based policies taking into account vast regional differences. ‘It is imperative for policy makers to scrutinize these hypotheses before using them as the basis for policy decisions.’

The Organisation for Economic Co-operation and Development (OECD) is based in Paris and was first established in 1948, albeit under a different name, to run the US-financed Marshall Plan for reconstruction after World War 2. Canada and the United States joined by signing a new OECD-convention on 14 December 1960, quickly followed by Japan as the first nonwestern country joining up. At present day, OECD member countries span the globe and regularly meet to identify economic and developmental issues, discuss and analyze them, and formulate policies.

The report of course states the importance of increased investment in agricultural development, but also addresses limiting demand: ‘Continued investments in agricultural innovation are key to achieve more productive, sustainable, and resilient food systems. Policies to limit or reorient demand growth hold the potential to improve the environmental footprint of food systems while meeting objectives of food security and nutrition.’

The 282-page report notes that the higher yields that fed a growing population over the past few decades also have led to higher usage of inputs – which in turn has had undesirable consequences: ‘Agriculture accounts for some 70% of global water withdrawals, but agriculture’s share is particularly high in South and Southeast Asia, the Middle East, and Africa. In North America and Europe, agriculture’s share is smaller – although still sizeable. As another example, application rates of synthetic nitrogen are especially high in East Asia and Western and Central Europe.’

On a policy level, OECD warns for a too narrow focus on the innovation that in the past has made yield gains possible, arguing that new technologies could be rendered useless without investments in education, lack of access to credit for farmers, poor quality of the available technology, or unwanted barriers to business expansion such, such as land tenure systems and gender barriers.

Despite gains made, large yield gaps continue to exist around the world. Further production growth in major exporting regions like, North and South America, Russia, or Ukraine is expected to contribute to global supply growth. ‘As the regions experiencing the greatest increase in population and food demand are not those with the greatest potential for supply growth in the short-to-medium term – international trade will become increasingly important for global food security by balancing the deficits of net food importers with the surpluses of net food exporters,’ OECD writes. However, ‘closing yield gaps in Sub-Saharan Africa could significantly reduce the region’s food import bill.’

This complexity of solving regional food issues inside a global value chain remains a key issue throughout the whole report: ‘Policies to raise farm productivity could generate income growth in agriculture and beyond, and benefit consumers through lower prices, but this will involve trade-offs with regard to producers who are not able to raise their productivity. A policy to raise agricultural productivity could reduce resource stress, implying less need for agri-environmental measures, but it could lower food prices and so increase the need for policies to curb overconsumption of some products. Choices have to be made, and priorities established, in a way that attracts broad support across society. Responsibilities over different relevant policy areas may also be fragmented across different jurisdictions, and across different government agencies and levels of government within a country.’

The report draws on a wide canvas of technical data, agricultural research, but also on sociological literature. As special case studies the seed sector, ruminant livestock and processed foods are highlighted. The seed sector is exemplary for the way facts, commercial interests, and values systems intersect and highlight ideological differences over, for example, ‘the role certain stakeholders perceive that genetic engineering of plants creates risks to human and environmental health’.

OECD is not afraid to mention the detrimental effects of increasing corporate control over the food chain and plant breeding, clarifying this by making a comparison between Monsanto’s annual research budget of 1.6 billion dollar (2017) and the 849 million CGIAR (formerly the Consultative Group on International Agricultural Research – one of the main intergovernmental initiatives to support agricultural innovation in developing countries) had at its disposal. ‘A potential trade-off associated with this shift from publicly to privately financed R&D is that private-sector investments are likely to be skewed towards crops with larger commercial markets,’ the OECD-researchers warn. ‘Investment in crops with larger markets potentially comes at the expense of investments in crops with smaller markets, or traits that are useful but more difficult to monetise.’

OECD also recognizes that the food and beverage sector – being the largest manufacturing sector and leading employer in the European Union – realizes almost a third of its profits through food consumed at home, food processing and packaging, so that ‘the economic interests pursued by food and beverage companies are not necessarily aligned with public interests, for example when public policies to improve environmental or health outcomes would reduce sales or profits for some firms.’

Inside Europe ruminant livestock is an important source of protein and livelihoods – but also a significant contributor to environmental problems. EU-countries with big livestock sectors mentioned in the report are Ireland, the Netherlands and New Zealand. Scientific facts about climate change or the environment, OECD notes, are not always widely accepted by the public or stakeholders in these countries when it comes to these sectors: ‘Through consultation with stakeholders, policy makers hear from groups with different interests, including those with livelihoods at stake. Values play a role as well, including farmers’ sense of belonging to a rural community, the importance of reducing climate change emissions in all sectors, as well as animal welfare, preserving landscapes, and the ethics of eating meat. Policy developments have also been influenced by court challenges and innovative mechanisms such as deliberative processes.’

In September 2021 the United Nations will be convening a Food Systems Summit that will further elaborate on the food systems approach capable of simultaneously making progress on food security, nutrition, livelihoods and environmental sustainability, OECD now suggest in the ‘Making Better Policies for Food Systems’-report.

‘With only ten years left to meet the Sustainable Development Goals (SDGs), there is increasing recognition among researchers, policy makers, stakeholders, and civil society of the crucial role played by food systems,’ the report states. ‘In practice, this would mean that agricultural policymakers would place a greater emphasis on the possible effects of farm policies on nutritional and environmental outcomes. Similarly, where environmental problems related to agriculture have in the past been addressed through agri-environmental policies, a food systems approach opens the possibility to use other instruments, such as those that promote changes in consumer or enterprise behaviour.’

How Gardeners are Reclaiming Agriculture from Industry, One Seed at a Time

Agriculture has changed significantly in the past century. Bigger machines, bigger farms and bigger budgets allow fewer farmers to produce more food. Changes in science and policy have also resulted in an industry in which power over what we grow and eat is increasingly held by very few. How have gardeners and seed savers responded? […]

FAO and EBRD sell out to private sector