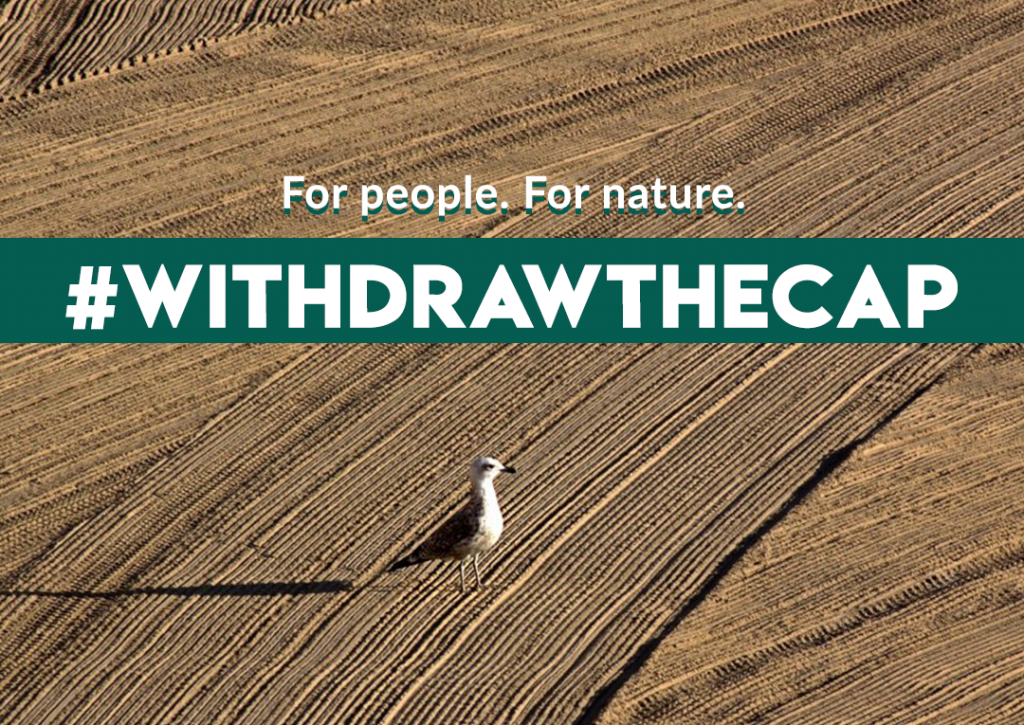 27 civil society organisations including ARC2020 have co-signed an open letter to the European Commission President, Ursula von der Leyen calling on the Commission to withdraw its CAP proposal in order to safeguard the European Green Deal.

“The positions agreed in the European Parliament and Council on the CAP, work against the EU Green Deal (and the associated Farm-to-Fork and Biodiversity Strategies): They allow billions of harmful subsidies…  They limit the climate, environmental, animal welfare and public health ambition, allowing or even requiring Member States to put most of the funds into subsidising business as usual (or potentially worse) practices;  They explicitly rule out a link with the objectives of the Farm to Fork and Biodiversity Strategies.”

As the open letter explains, under Article 293 of the Treaty on the Functioning of the European Union and subsequent case law, there is a legal basis for the Commission to  withdraw its proposal.

While an earlier letter from 30th September demanded alignment between CAP and the EU Green Deal, after both the Parliament and the Council have made their adjustments, the case now for full withdrawal is far clearer.

The breadth of interests represented among the signatories is striking. Food and farming, environmental and rural organisations are joined by public health actors and other groups engaged in social justice. This cross-sectoral solidarity reflects the breadth of the devastating impacts of the CAP which accounts for a third of the EU’s total budget.

The European Parliament may have failed to vote down the CAP last month but the momentum behind the campaign demanding the withdrawal of the Commission’s CAP proposal is building. Last week, Fridays For Future also penned an open letter calling on EU leaders to withdraw the CAP proposal. Already it has been signed by nearly 60,000 people. The fight for better food and farming systems is heating up.

What to do now you might ask?  Well, you can read and share the open letter from the coalition of civil society organisations, and you can get behind the social media campaign to let the European Commission know that we the farmers, the consumers, the scientists, the nature lovers, the youth, the taxpayers want them to #WithdrawTheCap!

While decidedly non-committal in its approach, interestingly, the reply makes early and ongoing reference to the working document on CAP Strategic Plans – “Analysis of links between CAP reform and Green Deal”  – which ARC2020 has published and analysed in detail (see link below).

While the “CAP reform proposal of 2018 is “very much in line with the push for greater overall sustainability, set out in the European Green Deal and its associated strategies such as the Farm to Fork Strategy and the Biodiversity Strategy…the capacity of the future CAP to accommodate the ambition will depend on the final compromise reached”.

What could be of note is the following: “the Commission will provide recommendations based on its analysis of the situation of each Member State in respect of agriculture and rural development as seen through the prism of the nine CAP specific objectives, and will focus specifically on the challenges set out in the European Green Deal.”

The key question is – how strong a recommendation? And will the Commission send CAP SP’s back for improvement if they fall too far short of the European Green Deal?

CAP must Align with the European Green Deal – NGOs

39 civil society organisations, including ARC2020, have come together to demand that the EU’s Farm to Fork and Biodiversity strategies remain on schedule for April publication. […]

Brittany’s sustainable farmers have breathed a collective sigh of relief as further funding is secured for the agroecological transition. But while the region makes the most of CAP Pillar 2, the French state continues to prop up factory farms with Pillar 1. Louise Kelleher has more. […]