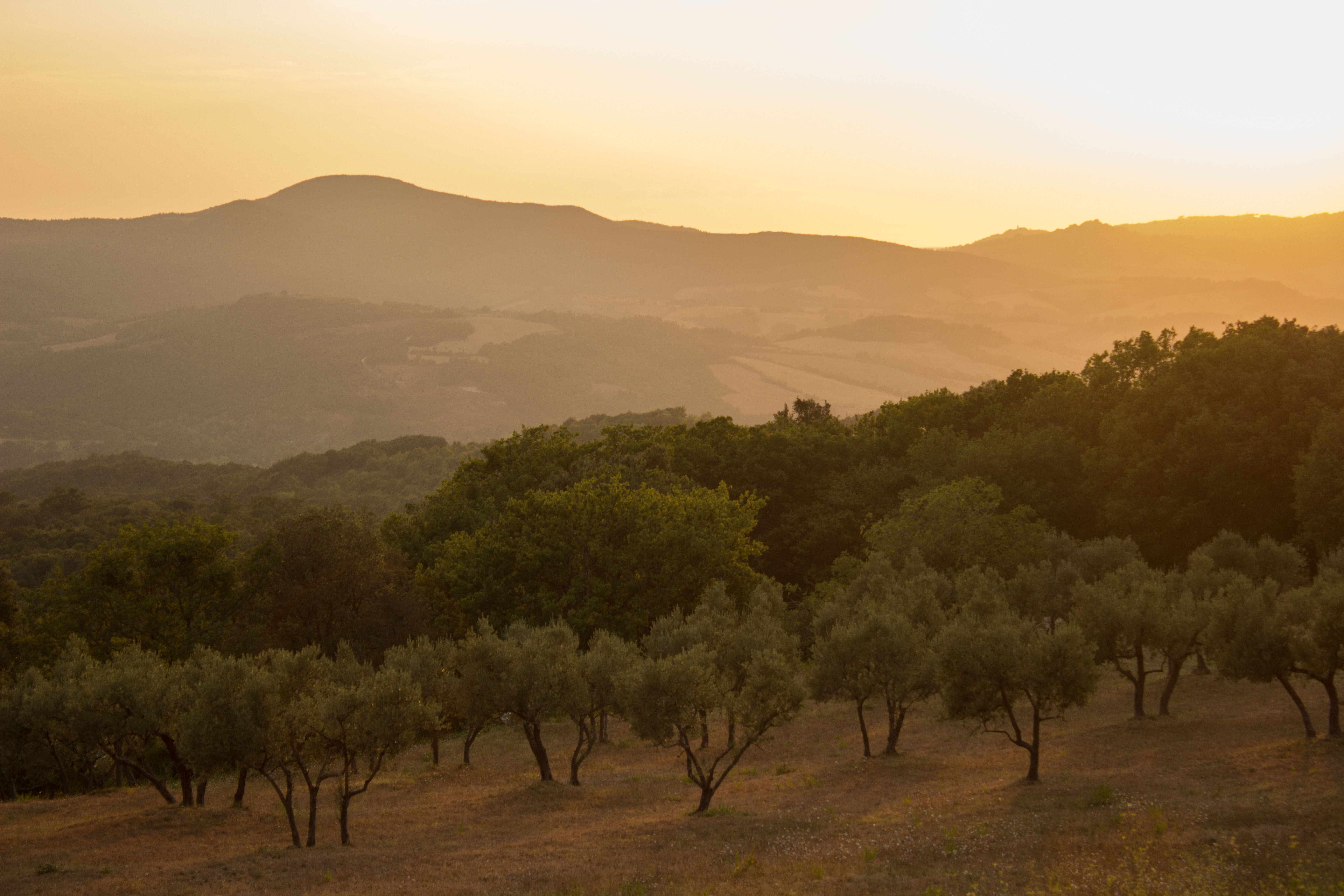 Right-wing populism has gained high levels of support among rural population in Europe. How could this happen and what are the solutions? Natalia Mamonova, of the Emancipatory Rural Politics Initiative, explains the causes of populism in the European countryside and shares some ideas on potential resistance and the building of alternatives to the regressive nationalist politics.

Right-wing populism can be found right across Europe. Today, every third European government consists of or depends on a populist party. Not for the first time, populist movements have been spreading across this continent, but the current wave is, perhaps, the most significant one since the end of World War II. The contemporary right-wing populists have a strong rural constituency, as was evident by recent elections and referenda, where 53% of British farmers voted in favour of Brexit, for example. The ‘Law and Justice’ party enjoys substantial support from Polish countrymen for its aggressive nationalism and strict Catholicism. French far-right presidential contender Marine Le Pen gained the support of many French food producers with her ‘buy French act’ campaign, in which she called for more food to be produced and consumed in the country.

Does this imply that contemporary European populism is a rural phenomenon? Certainly not, but Europe’s populists are rising by tapping into discontent in the countryside and exploiting rural resentments against elites, migrants and ethnic minorities. Despite the significant rural support for populist parties, the European countryside has remained largely overlooked in the contemporary debates on the political crisis and the ways out of it. Meanwhile, it was in the countryside that both Mussolini and Hitler won their first mass following, and it was angry farmers who provided their first mass constituency. The countryside, however, provides not only a breeding ground for populist parties, it also may other progressive solutions in form of emancipatory rural politics. The latter is the focus of the Emancipatory Rural Politics Initiative (ERPI).

The ERPI Europe is a scholar-activist community that aims at understanding the rise of right-wing populism in rural Europe, as well as the forms of resistance occurring and the alternatives being built. It is a part of a broader ERPI initiative that is aimed at provoking debate and action among scholars, activists, practitioners and policymakers, who are concerned about the global rise of right-wing populism. In this post, I would like to discuss our understanding of the roots and the course of populism in the European countryside and share some ideas on potential resistance and the building of alternatives to these dangerous trends.

In the contemporary political and academic debates, the right-wing populism is commonly portrayed as a result of economic and cultural crises that hit Europe during the last decade. Indeed, the economic distress, created by the Global Financial Crisis, followed up by the Eurozone Crisis, has exacerbated economic inequality and social deprivation in rural Europe, which influenced the villagers’ support for populist parties. Likewise, the fears of losing the cultural identity due to globalisation, multiculturalism and the refugee crisis are especially profound in the countryside and make rural dwellers more receptive to the populist message that they are the true protectors of their nation’s culture and heritage.

However, these arguments do not explain why right-wing populism is not particularly strong in Portugal – the country hit heavily by the 2008 crisis. Meanwhile, Poland – which has one of the fastest growing economies in Europe – has become paralysed by right-wing populism. Likewise, if we consider the migrant crisis as the reason for right-wing populism, we would not be able to explain why the vote for the Front National in France was particularly high in certain rural areas that have never seen a single immigrant, or why the strongest support for banning minarets in Switzerland was expressed in rural cantons where the number of Muslims and immigrants in general was low.

We argue that the true cause of right-wing populism in Europe (and the world) is the fundamental crisis in globalised neoliberal capitalism. This crisis is the most pronounced in rural areas, where the neoliberal agricultural model of development has failed to provide benefits to the majority, instead facilitating accumulation by the ‘one percent’. For example, according to the European Commission report on the EU Farm Structures, during the last ten years, 100 000 small-scale farms have disappeared in in Germany, 300 000 in Bulgaria, 600 000 in Poland and 900 000 in Romania. In total, the number of full-time farmers across the EU fell by over a third during the past decade, representing almost 5 million jobs. The European Common Agricultural Policy primarily supports larger companies that are oriented to boosting yields and industrial production, while small-scale farmers have become marginalized and forced to close.

The crisis of neoliberal capitalism is directly related to the crisis of advanced representative democracies, which is especially profound in the European context, where the EU is responsible for Eurozone decision-making. In the countryside, the peoples’ feeling of being politically ‘overlooked’ and ‘forgotten’ is not completely groundless. Europe’s political mainstream used to ignore the interests of the rural population because of the following reasons. First, rural votes are not decisive as villagers constitute just 28% of the EU-28 population. Second, the division between the urban and the rural is usually less pronounced in Europe and, therefore, politicians appeal to the working class, not to rural dwellers. And finally, villagers are commonly perceived as apolitical and, thus, not a reliable electoral group. These factors may explain why at the recent UN Human Rights Assembly in Geneva, nearly all European countries voted against or abstained the Declaration on the Rights of Peasants and Other People Working in Rural Areas.

The political underrepresentation of rural Europeans is also their own responsibility. Although the last years bear witness to what Michael Woods calls the ‘rural reawakening’ – an increase in rural mobilisation and activism in Europe – rural protest groups remain mostly fragmented and only informally linked. Moreover, rural activists are unable to build coalitions with consumer movements and urban-based food activists who are often more advanced in sustainable food politics. Despite the tremendous efforts of the European Coordination Via Campesina and other EU-focused rural movements, European farmers groups lack an ideological and organisational coherence and, until now, failed to develop strong transnational networks of solidarity and coordinated action. The lack of powerful social movements and political parties that could represent the interests of rural dwellers has contributed to an electoral success of right-wing populist parties in rural Europe.

We believe that top-down initiatives are unable to defeat the right-wing populism in Europe and elsewhere, the resistance should come from below. The first step towards this is to generate a common identity among various groups of food producers and consumers connecting them across class, gender, racial, generational, ideological, and urban-rural divides. Food sovereignty can be the tool to enhance solidarity, collective identity and political participation in rural Europe. It advocates for people’s rights for healthy and culturally appropriate food and offers a sustainable alternative to the neoliberal agricultural model and the way of life.

Furthermore, since the cause of right-wing populism is the failure of globalised neoliberal capitalism, cosmetic changes will not have a long-lasting effect, we need to change the entire system. We need to put food producers – not multinational corporations and supermarket chains (!) – at the centre of the European food system and decision making. This requires a radical transformation of power relations, which is impossible without a large-scale mobilisation of food producers and consumers. The first seed of the transformation has already sprouted. In January 2019, 35 000 of farmers and food activists from around Europe took to the streets of Berlin calling for ‘Agricultural Revolution’. They were ‘fed up’ with industrial agriculture and demanded a reorganization of EU farming policy towards a more sustainable model which supports the welfare of the environment, animals and small-scale farmers, and restores democratic and accountable governance in the food system.

The text is prepared based on multiple discussions with Jaume Franquesa and other ERPI scholars from the research project ‘Right-wing populism in rural Europe: causes, consequences and cures’

About the ERPI Europe

The European branch of the Emancipatory Rural Politics Initiative (ERPI Europe) is a scholar-activist community that aims at understanding, resisting and building alternatives to regressive right-wing politics in the European countryside. It has emerged after the international ERPI conference on ‘Authoritarian Populism and the Rural World’, held in The Hague in March 2018. Since then, ERPI Europe initiated a research project that includes studies on rural populism in different EU countries (the research results will be available shortly) and co-organised the conference ‘People, Politics, Participation. Government of fragile rural areas in Italy and Europe’ in Rovigo in March 2019. Its members actively cooperate with Agricultural and Rural Convention 2020 (ARC 2020), Transnational Institute (TNI), International Institute of Social Studies (ISS), and other research and activist organisations.

About Natalia Mamonova 7 Articles
Natalia Mamonova is a researcher at the Russia and Eurasia Programme of the Swedish Institute of International Affairs in Stockholm and the coordinator of the European branch of the Emancipatory Rural Politics Initiative (ERPI Europe). She did her PhD at the Institute of Social Studies of Erasmus University, the Netherlands. Her dissertation was about rural politics in contemporary Russia and Ukraine. Two of her single-authored articles ('Resistance or adaptation? Ukrainian peasants' responses to land grabbing' and 'Naive Monarchism and Rural Resistance in Contemporary Russia') received 'The Best Article' awards from Erasmus University in 2016 and 2017, respectively. After completing her PhD, Natalia was a visiting researcher at the University of Oxford, the 'New Europe College' in Bucharest, and Helsinki University.

Ireland’s Maynooth University hosted the 2018 Festival of Food Sovereignty mid-April. The intention was to connect activists, scholars, practitioners and social movements from around the world interested in creating a food system rooted in principles of justice, ethical production and consumption, sustainability and democracy. […]

Brexit and the Covid crisis have yielded easy pickings for the far right. In the first of a two-part series, Anoushka Zoob Carter unpacks how new forms of nationalism are exploiting a broken food and farming system. […]

This paper, written by Marjorie Jouen of the Jacques Delors Institute, has benefitted from inputs and reflections of Marion Eckardt, Maria José Murciano-Sanchez, Michael Schmitz, Francesco Mantino and Hannes Lorenzen expressing themselves in their personal capacity. […]