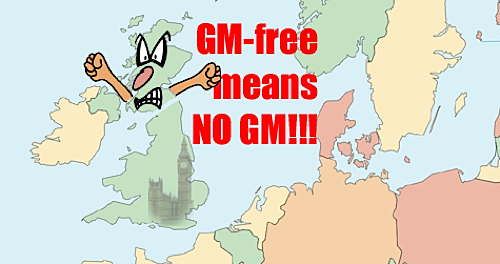 Scottish MEP Alyn Smith has criticised the European Commission’s proposal for national opt-outs for the circulation of GM foods and feed, branding the legislative package as: “unworkable fragmentation of the European single market,” adding that it: “will do nothing to help Scotland remain GM-free.”
The proposals will allow member states to exclude GM products, but will require them to justify their decision on the basis of EU law and international trade rules. This is a companion proposal to complement recent EU legislation that will allow member states to restrict or ban growing GM crops, even if the EU approves cultivation.
Scotland faces serious threats to its GM-free policy, Smith warns: “This proposal makes no sense. Within a single barrier-free market, such as the UK or the EU, stopping the circulation of GM products is difficult. Short of setting up customs checks for internal UK trade, how would we stop beef from a GM-crop-fed cow entering the country? [Scotland] To maintain a single market with the rest of the UK, we would almost certainly be subject to DEFRA decision-making, and they’re not going to ban the circulation of GM products.”
In addition to practical difficulties in implementing a national policy, the risk of punitive actions under WTO regulations remains a very real threat: “The free movement of goods in Europe is one of the core principles of the European Union; putting up practical barriers to this, particularly goods already authorised at EU level, could expose Member States to challenges by the World Trade Organisation (WTO). We’ve already seen the USA, Canada, Argentina and Brazil – four of the EU’s major agricultural trading partners – challenge the legitimacy over the proposals.”
Smith also warns there is are serious flaws with EU-level risk assessment and authorisation. “We don’t want another MON maize 1507 situation, where the crop was approved despite being opposed by 19 Member States versus five supporting.”
The Scottish nationalist MEP spoke for millions of EU citizens when he summed up the situation: “When it comes to GMOs and the European Commission, it’s déjà vu all over again. The Commission tried something similar before, when they proposed national opt-outs for GM crop cultivation, which would have fragmented the single market and opened us up to trade challenges. I opposed it then and I’m opposing it now. This is an unworkable national opt-out and it won’t help Scotland at all. The Commission has to accept that the majority of European citizens don’t want GM food, and this Trojan Horse strategy to bring GM food into the food chain is utterly unacceptable.”

How to feed an Island? Japan and the German CAP Strategic Plan

The Common Market Organization (CMO), insufficient grazing subsidies and eco-schemes. An explainer about how EU dairy exports could increase rural unemployment and food poverty in Japan. […]