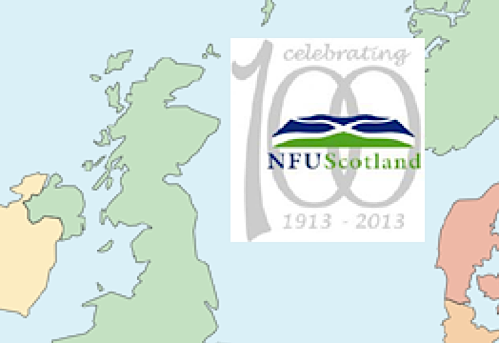 The National Farmers’ Union of Scotland (NFUS) has written to the Scottish cabinet secretary, Richard Lochhead, to urge a fair hearing for the country’s arable sector under the new CAP. Significant crops include cereals, such as malting barley and oats, as well as specialist crops like soft fruit and seed potatoes.

The arable NFUS members are concerned that they might find themselves at a competitive disadvantage against the rest of Europe. The union’s concern is heightened by climatic and market volatility, as the membership focuses on direct support to shore up their businesses.

Last year, ARC2020 reported how Westminster was planning to divert CAP funding that was earmarked to level up Scottish support levels. Since then, the union has made a Freedom Of Information (FOI) application to establish how the situation arose. The union has had a response and is taking advice on further action. However, for now, the NFUS is writing to the Scottish parliament to secure fair treatment for its arable members out of current anticipations of future funding.

In his letter to Lochhead, NFUS president Nigel Miller warned that from 2015: “The cropping sector … will be operating on a support platform which will place it at a disadvantage compared to the arable regions of northern Europe and other UK arable areas. That disadvantage will compromise the ability of the Scottish cropping sector to invest or to ride out inevitable climatic and market volatility.”

This would mean that to compete with farmers south of the border: “…the budget share going into arable, temporary grass and improved grass region has to push Scotland’s arable farmers towards parity, with payments needing to head towards EUR 250 per hectare or more.”

The NFUS membership is seeking flexibility in crop diversity requirements, especially for northern areas and higher ground. “There are real wins in precision farming techniques while the use of break crops or winter stubble management might deliver further carbon and environmental gains creating a balanced equivalent scheme,” contends Miller, adding: “NFU Scotland has already underlined to the Scottish Government the importance of Pillar II measures in driving the uptake of new technology and precision techniques.”

Changes to fiscal rules, transport and CAP have been put in place by the EU Commissions, and framed the  videoconference meeting by the Council of Agricultural Ministers held yesterday, 25th March. Further changes to CAP were also proposed. Oliver Moore has more. […]

Defending a future for farm-saved seeds

In part two of this exclusive three parter on Spain’s internal CAP debate, Marta Zygadlo delves deeper into the substance of the position adopted by Spain with regard to the European Commission’s CAP consultation, focusing here on financing. […]