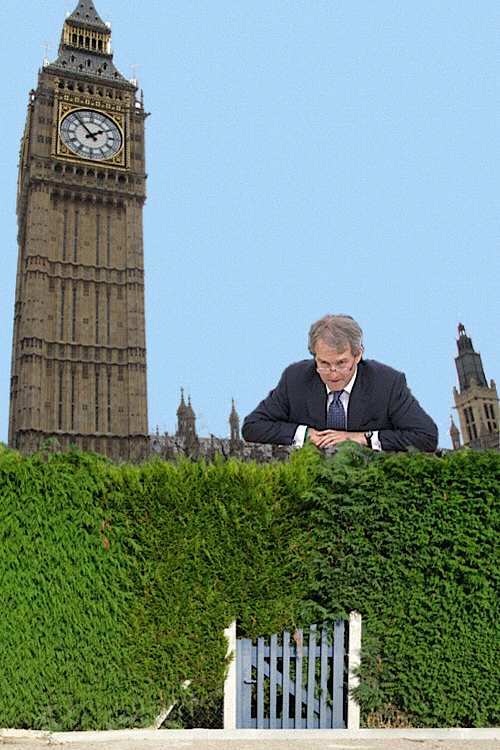 This week UK Environment Minister Owen Paterson announced his implementation of greening and cross-compliance measures for the 2015 CAP in the UK parliament. To minimise administrative costs and simplify the administrative process, Paterson has chosen just five Ecological Focus Area (EFA) criteria that will allow farmers with more than 15 hectares to make good their 5% EFA requirement and qualify for Basic Payments.

These are: fallow land (avoiding the words “set aside”); buffer strips; catch crops or cover crops; nitrogen-fixing crops and hedges. The minister recognised that many would be disappointed that DEFRA would not be offering more ERA options: “This is not a decision I have taken lightly. The EFA rules are the most complex single aspect of the new CAP given the associated verification, control and mapping requirements.”

The minister is fighting shy of past experiences with new CAP measures, especially “those reliant on mapping.” The minister announced that he would be pushing the European Commission to allow the phasing-in of new EFA measures. “We will look to add further options to our EFA offer once they have been mapped and digitised on our new system.” He warned farmers planning to include hedges in their EFAs that they: “…will be encouraged to submit claims earlier and may expect payments towards the end of the payment window.”

There is a light touch in the requirements for nitrogen-fixing crops in an EFA: “ …we will allow the broadest range of qualifying crops and will not impose any additional restrictions on the cultivation of these crops.”

As ever, there are winners and losers: “I can also announce that only a small proportion of ELS agreements (including Uplands and Organic variants) which started on or after 1 January 2012 will have to have their payments reduced to account for double funding with greening. Affected agreement holders will have the choice to make good the shortfall through an amendment or exit the scheme without penalty.”

There is little change in cross-compliance regulations for 2015, however the minister is: “…determined to ease the burden of regulation on farm business whilst maintaining environmental protection and we will be streamlining the implementation of cross compliance.” The number of Good Agricultural and Environmental Conditions (GAECs) will drop from 17 to 11.

However the minister is retaining GAECs on water, boundaries, public rights of way, trees and Sites of Special Scientific Interest (SSSI). By way of a peace offering to wildlife NGOs, Paterson is extending the hedge trimming ban by one month to the end of August, “…as required by EU legislation.” He is also promising “extra protection” for earth and stone banks. To keep farming interests on board, the minister has asked for a review of cross compliance penalties, to make them “…more proportionate.”

In addition, Paterson is submitting the UK’s draft Rural Development Programme to the European Commission, with a budget of “at least” GBP 3.5 billion. “This money will improve the environment, grow the rural economy and create jobs.” Without necessarily being flexible himself, the minister declared: “Throughout the EU negotiations on CAP Reform, the UK has argued for simplicity and flexibility. It is clear that some aspects of CAP implementation will be difficult and complex to deliver.” July sees the first phases of live testing for DEFRA’s digital by default computer network to administer the 2015 Basic Payments Scheme. That in itself will be a stern test of network coverage that is already known to be inadequate in rural areas.

Is the government in Greece moving ahead with CAP reform without consulting anyone? […]