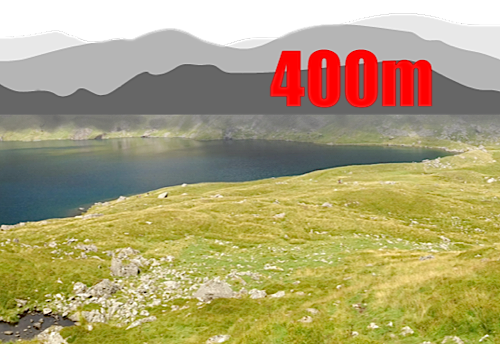 A group of Welsh hill farmers has successfully challenged a deeply unpopular ten-fold differential in proposed Basic Payment rates for upland. Less than a week before Christmas, the Welsh Assembly stepped back from a judicial review of its November decision to fix Basic Payments (BPS) at EUR 20/hectare above the 400-metre contour, compared to EUR 200/hectare below it.

Ad hoc hill farmers’ group Fairness For The Uplands (FFTU) had secured a court hearing into what spokesman Tony Davies told journalists had become a “fiasco.” Farmers’ concerns over how the moorland line was to be fixed had not been understood, according to the FFTU, which advocates a fairer system based on productivity.

Working with a landscape that can rise from sea level to 1,000 metres within tens of kilometres, Welsh hill farmers do not live by contour lines, even if it would have suited payment agency staff for them to do so. For the Welsh Assembly, the choice of a contour line avoids endless arguments about how to classify and support agricultural activity or disallow agricultural funding for certain other land uses. This has always been a sore point with farmers of all descriptions across the principality, some of whom sank their differences with the previous implementation in a bid to ringfence farming interests as best they could.

In the event, however, Welsh deputy minister for farming and food Rebecca Evans chose to rework the principality’s entire Basic Payments Scheme structure for 2015 rather than force the issue. In a bland statement, Evans’ staff conceded defeat without so much as hinting at the origins of the challenge.

In a letter to Welsh farming union leaders, however, Evans conceded that: “The legal challenge has shown that, as certain land below 400 metres will have the character of moorland, but will nevertheless not fall within the definition laid down by the Regulations, it is not possible to have a moorland payment region at this time.”

The Welsh outcome has been applauded by the Scottish Crofters’ Federation. Director Joyce Wilkinson welcomed the action, saying: “It is very heartening to see the Welsh hill farmers, who are livestock graziers very similar to many Scottish crofters, taking on their government legally over unfair CAP payments and winning.”

The case raises hopes north of the border: “The way in which the government had decided on a 400m altitude line to define moorland seemed arbitrary, but of greater concern was the differential in payments – £15 per hectare above the line and nearly £160 just below it. It was setting farmer against farmer, neighbour against neighbour. It is particularly warming to learn that farmers on both sides of the line joined together to challenge the fairness of the stipulation. This of course makes us wonder at the fairness of the Scottish situation where farmers on permanent grassland will receive basic payments of around £180 per hectare and crofters on extensive grazings only £8.”

Extensive livestock north of the border faces a bleak outlook: “It is not clear yet what all producers will get in total as the allocation of in-bye to a region is still under way and the allocation of common grazings hasn’t started yet. However, we are very concerned that the coupled payments, which it is claimed will raise the basic payment to £28 /ha, will not help very extensive sheep graziers enough and extensive cattle graziers will miss out completely. Having sacrificed the front loading of the calf scheme in order to get approval of the coupled schemes, the future for extensive cattle looks very bleak indeed. We call on the Scottish Government to reconsider how to support extensive cattle as they are core to keeping people in the remote communities and to enhancing the environment. We are seeking a meeting with the Minister for crofting to discuss this.”

The Scottish crofters also raised the issue of accountability: “A major driver of the new CAP is equitable use of public money. The tax payers of Europe finance the CAP and the Scottish Government’s task is to distribute it fairly to support agriculture in Scotland. The system is supposed to eventually become more equitable through convergence over the next five years. But starting with such an appalling rate on region 3 won’t help the cattle keepers. If we don’t do something now it will be too late.”

Wilkinson urged a challenge to the status quo: “We need to take a leaf from the Welsh hill farmers’ book. Governments seem to prefer giving excessive public money to those on better land – the very people who can get ample return from the market. This should be challenged.”

Aurélie Trouvé of ATTAC France released a book last year called Le Business Est Dans Le Pré (Business Is In The Meadow, subtitled How Agribusiness Is Drifting Into Crisis). ARC2020’s Peter Crosskey tells us about it. […]

Why is it so important to open the farm gates to the community? Vegetable grower Vincent explains how he and his colleagues want their market garden, to be a site of coming together as well as a site of production. Vincent also opens up about the challenges of labour – for him as an unlikely ‘boss’, and for the workers who must be incredibly motivated to overcome the tough working conditions. Part 2 of a conversation with Valérie Geslin. […]