As the EU Common Agricultural Policy (CAP) reform process continues, a new video blog “Farming on Crisis” explores the future of our food and farming. In a series of four episodes, it provides an insight into the situation Greece and Greek farmers are facing. 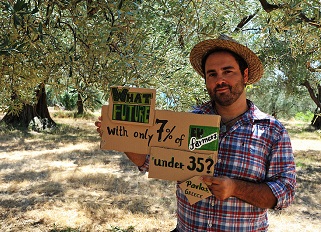 Pavlos Georgiadis, the presenter and executive director of the video blog takes viewers on a journey through the beautiful Greek landscape as he asks:

He finds his answers from all kind of young farmers: producers of cereals, vegetables, snails, wine, olive oil and milk; producers in the mainland or in the islands; urban gardeners, seed savers; men and women.

Although the Greek countryside has been deserted in recent decades, due to the economic crisis more and more young people are now seeking ways to return (see previous blog). During the documentary, we hear about their everyday realities and challenges, but also their hopes. We feel the force and the potential of their young age and their persistence to grab the opportunities and succeed despite the difficulties.

They ask for more support as often the “CAP money is just pocket money to cover some basic costs” states Christos Stratakis, an olive oil producer from Crete, adding “the EU should support the small scale farmers as they are the back bone of the Greek society“.

The statistics on the profile of the Greek young farmers are beautifully reflected in the video blog: highly educated, speaking foreign languages, seeking to merge tradition with innovation, cultivating quality and not quantity. 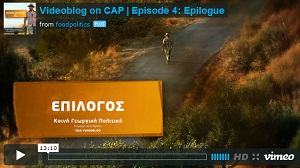 The travelogue finishes with a visit to the office of Prof. Athanasios Tsaftaris, the Minister of Rural Development & Food in Athens. Pavlos presents the messages of the young farmers and asks him whether the Greek economy can start again through its countryside, and how Europe can support the diversity of its farming systems.

The video blog was produced in collaboration with the Foodpolitics.eu, the Netherlands Agrarisch Jongeren Kontakt, the Youth Food Movement (Slow Food) and with the support of the Dutch Ministry of Economic Affairs, Agriculture and Innovation. In fact, last year a similar film was produced in the Dutch countryside; the Greek one adding a southern perspective. Both films aim to highlight the differences and commonalities in European food and farming politics and initiate a public dialogue on these issues.

The post 2020 reform promised to deliver a fairer CAP: better targeting and distribution of resources. At the core of a fairer CAP, the Commission introduced mandatory capping – upper limits to payments – and degressivity – progressive reduction of payments above a certain level – to address a skewed distribution of around 80% of direct payments to only 20% of European farms. […]

No real greening for the Emerald Isle as Ireland opts for everything but any significant environmental improvements. […]