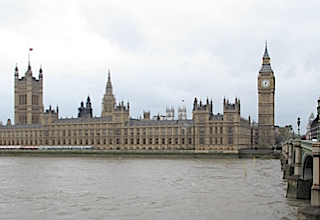 Leading agroecologist Miguel Altieri launched the work of the Centre for Agroecology and Food Security (CAFS) at Coventry University’s London campus during a whistlestop visit to the UK capital on January 18. While in London, he presented agroecology twice, before leaving to address a further meeting in the Midlands that evening.

The world faces three inter-related crises: economic; energy and ecological, says Altieri, who is credited with coining the term agroecology. “Climate change is just one aspect of the environmental crisis the world faces,” he told the All-Party Parliamentary Group for Agroecology at the Houses of Parliament after his earlier CAFS keynote speech.

“Food production is the weak link at the interface between the economy and the environment,” Altieri explains. “We need a new paradigm. There is no room for tweaking. The root causes need drastic action.”

More to the point, even if it does not attract research funding on the scale of industrial agriculture: “…agroecology is a science. It is not a technique or a question of scale, but has a set of principles that can be followed by farmers anywhere.”

Altieri has applied these principles all over the world, notably on a 200-hectare holding in Argentina which is recovering from transgenic monocultures. The core principle is biodiversity: “This generates greater synergy and productivity than a monoculture will ever do.”

Monocultures of any description, even organic ones, will damage soil structures Altieri warns. Even if all the inputs are organic, any single target crop will mine the soil for its particular food needs. The result will be a skewed ecosystem that reflects the dominance of that culture.

Biodiversity also builds resilience: “Climate change will probably kill off industrial agriculture,” he predicts. Its collapse will come about “…because nature will impose its limits.”

From a peasant perspective, the industrial lifestyle brings more problems than it solves. “What peasants struggle to understand is why industrial agriculture wages war on their way of life.”

There are still terraces in Peru that have been farmed continuously for 5,000 years. “They still work, but postwar industrial agriculture has been around for less than a century and is in crisis.”

Peasants in Latin America are not waiting for outsiders to solve their problems, Altieri explained. They are starting to pool their knowledge in impromptu universities, known as ialas.

The industrial world, he contends, has lost much of its growing knowledge. Not to mention coherent social movements that can bring about change.

The core of a sustainable society, Altieri argues, rests on four pillars: food sovereignty; energy sovereignty; technological sovereignty and the resilience that comes from biodiversity.

Developing biodiversity sustainably requires insight. For instance: “Rice and fish does not mean any kind of fish: it takes the right breed of fish to move the rice plants firmly enough and dislodge the leaf hoppers into the water before they can eat them.”

He is critical of the kind of science which believes that high tech seeds are a solution. “Peasants around the world have developed millions of food crop plant varieties,” he explains. “We don’t need new seed varieties, but knowledge of the existing ones.”