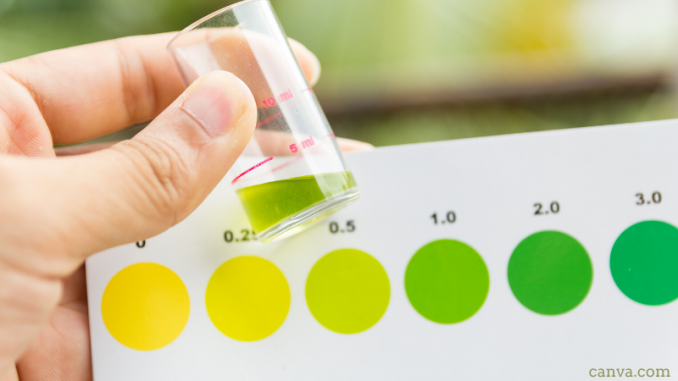 An unpleasant stench stank out cities across Europe this spring as the pandemic-induced drop in emissions from transport and industry cleared the air for agricultural air pollution. As luck would have it, the Covid-19 lockdowns coincided with peak slurry-spreading time – making the stink all the more pungent. But there’s more to manure than a bad smell to worry about. Alison Brogan reports.

Ammonia is the likely culprit of the smell that had Europe’s urbanites kicking up a stink this spring. A gaseous phase of nitrogen, ammonia is also a noxious, suffocating air pollutant and greenhouse gas. Though nitrogen and many of its reactive forms are essential for life, excess reactive nitrogen (including nitrates and ammonia) has adverse effects on human and ecological health.

As more cities come out of lockdown, and traffic and industry up the ante once more, agricultural emissions may no longer be distinguishable in urban spaces. But just because the stench is being out-stank, it doesn’t mean that the issue of ammonia pollution is any less foul.

On June 4th, Ireland’s  Environmental Protection Agency (EPA) published its latest air pollutant emissions report for 2018. Ammonia emissions in Ireland rose again in 2018, making it the third year running that the country failed to comply with its obligations under the National Emissions Ceiling (NEC) Directive. According to the EPA, reducing ammonia emissions to within the legal level by 2030 will require measures above and beyond the country’s Climate Action Plan.

Ireland is one of six EU countries exceeding ammonia limits. Along with Austria, Croatia, Germany, the Netherlands, and Spain, in 2017 Ireland missed its target under the NEC Directive

Across the EU, ammonia is the only key air pollutant with rising emissions.

Last year, the European Environment Agency (EEA) reported that ammonia emissions increased for the fourth consecutive year in 2017 as a result of “the lack of emission reductions in the agricultural sector.”

Worryingly, the EEA projects that an increasing number of member states will miss their 2020 and 2030 ammonia reduction commitments.

The adverse effects of ammonia are well-documented by journalists such as Ella McSweeney, and the Bureau of Investigative Journalism. In terms of ecological harm, ammonia directly endangers ecosystems and biodiversity, particularly in locations in close proximity to intensive livestock farms.

What’s more, ammonia is a health hazard for both rural and urban dwellers. Ammonia can mix with vehicular and industrial fumes to form fine particulate matter – PM2.5 – which is a particularly insidious form of air pollution.

In Ireland, it is estimated that ammonia from agriculture accounts for as much as 15% of PM2.5. Across the EU, 374,000 premature deaths in 2016 were attributable to fine particulate matter according to figures from the EEA.

Agriculture is the source of over 90% of the EU’s ammonia emissions. According to the EPA’s report, in Ireland, 99% of ammonia emissions come from agriculture, with 90% coming from livestock manure and the remainder from nitrogen fertiliser.

According to Clean Air Farming over half of ammonia emissions from livestock production are from cattle, with pig farming in second place followed by poultry farming. Intensive-housed cattle and pig units tend to be worse ammonia polluters, the Bureau of Investigative Journalism found.

Ireland’s ammonia emissions are 8.7% higher than they were in 1990, and the EPA expects the figure to rise. Indeed, it predicts that further agricultural expansion will fuel a continued breach of emission ceilings.

The EPA’s report serves as a timely reminder not only of the link between agricultural expansion and rising ammonia emissions, but also of the need for widespread implementation of on-farm abatement measures to reduce ammonia emissions and avoid continued incompliance.

Dr Eimear Cotter, Director of the Office of Environmental Sustainability at the EPA said:

Ammonia emissions need to be addressed as a matter of urgency. The underlying drivers are the use of animal manure and nitrogen fertilisers which can be reduced through widespread adoption of on-farm measures.

An Taisce, one of Ireland’s largest environmental organisations, previously highlighted that Ireland’s rising ammonia emissions are associated with the export-driven expansion of the country’s dairy herd in accordance with national agri-food policy. A similar trend was identified in the UK, with increasing cattle numbers a key factor driving an increase in ammonia emissions.

Last month, An Taisce issued a legal complaint to the Irish government in relation to the continued exceedance of the EU-mandated ammonia emission ceiling. The complaint includes a request for information on how the state proposes to bring Ireland’s ammonia emissions within permitted levels to protect human and ecological health, and to avoid infringement proceedings from the European Commission. 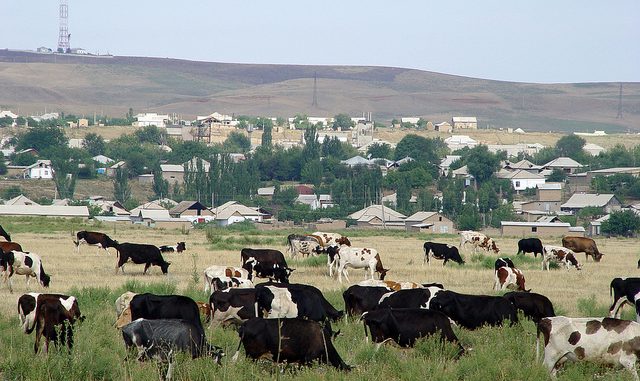 Meeting obligations for ammonia under the National Emission Ceilings (NEC) Directive clearly remains a challenge for Irish agriculture. Ireland’s Code of Good Agricultural Practice for reducing Ammonia Emissions, which was established as a requirement of the NEC Directive, advises farmers on non-compulsory practices that may be adhered to in order to control ammonia emissions.

It recommends farmers to use low emission slurry spreading (LESS) techniques and replace straight urea fertilisers with protected urea fertilisers in order to reduce ammonia emissions. Farmers are also advised on effective nutrient management planning and the optimal weather conditions for manure spreading and chemical fertiliser application. Knowledge transfer and improved vocational training are among the other actions recognised in the Code as effective means to address rising ammonia emissions.

There are EU and national grants (such as the Targeted Agricultural Modernisation Schemes in Ireland) available for farm investments in nitrogen reducing technology but the question remains: who is responsible for the immediate widespread implementation of the mitigation measures the EPA has said are necessary?

Is it the state? The tax-payer? The farmer? Or, as McSweeney points out, considering it has benefited so much from expansionist agriculture, perhaps agri-industry could pay up? It does not seem fair to unduly penalise farmers when agricultural expansion, a key driver of ammonia emissions, has been championed in the state’s agri-food policy.

A European Parliament resolution of May 2019 cited by An Taisce, supports the view “that future CAP funding should be linked to mandatory measures to curb air pollution”.

As it stands, a Greenpeace commissioned investigation found that not only does the CAP currently fund some of Europe’s most polluting livestock farms, but the health and environmental impacts of the livestock sector are not adequately accounted for. It also highlighted that much ammonia pollution goes under the radar: despite cattle farms being the worst offenders, only pig and chicken farms releasing more than 10 tonnes of ammonia per year must declare their emissions to the European Environment Agency.

Reducing agricultural ammonia emissions in a way that supports farmers is a crucial element of reform that has the potential to save lives and protect natural ecosystems.  Failure by member states to do so leaves them open to fines and legal challenges and, above all, means that ammonia emissions will continue to damage natural habitats and threaten human health. The country smell in cities may be masked once again by smog, but the broader issue of ammonia lingers.

More on Ammonia, Fertilisers and Pollution

On April 24th, Ireland marks the actual date its independence movement started in earnest. Irish citizens have come together to make April 24th 2016 – the real date that marks the Easter Rising – Ireland’s food sovereignty proclamation day. And they plan to eat and tweet about it. Here’s the why and how. […]

With Ireland edging towards reopening its organic farming scheme – closed since 2015 to new entrants, and closed in 2014 for a year too too – the context of organic farming within the overall agri-food sector is worth exploring. What would it mean for Irish agriculture in general to have a bigger, more vibrant organic sector? Particular attention is paid to the public goods of biodiversity and water quality. […]