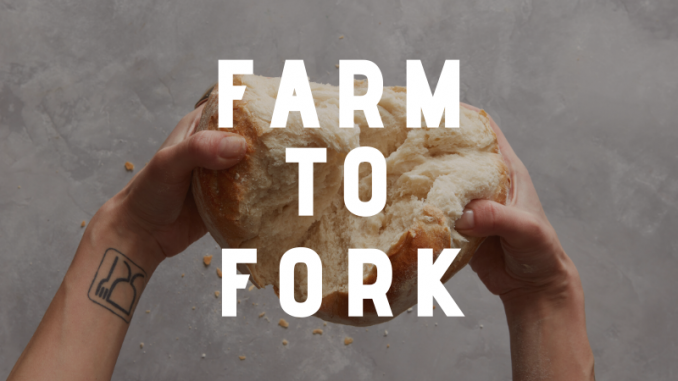 The European Green Deal has the potential to shape the CAP towards a more sustainable and environmentally friendly policy. But as we’ve seen with the debate surrounding the Farm to Fork and Biodiversity strategies published last month, it can also distract attention from the less obvious problems of the CAP. Analysis by Matteo Metta.

The Farm to Fork and Biodiversity strategies have revived the public debate around the long-term future of the CAP. That debate was temporarily overshadowed by the COVID-19 crisis, but much remains to discuss. Before we wade in, it is wise to reflect on where the discussion can take us – and how it can distract from the CAP reform problems more in need of a solution.

CAP reform back on the table

The first (political) effect of the Farm to Fork and Biodiversity strategies has been the reassertion of the initial proposal for a CAP reform, including its highly discussed performance-based delivery model and green architecture. After two years of work and debates, the possibility of restarting the CAP reform process from scratch is now very unrealistic, especially with two transitional years of CAP and the growing discontent on several elements of the reform.

By stressing the (potential!) compatibility with Farm to Fork and the Biodiversity strategy, the European Commission inherently enshrined its first proposal which, among others, will bring more ‘simplification’ in Brussels and shift more responsibilities to the Member States.

This will essentially sideline all of the concerns about the new performance-based delivery model, which is at the heart of this reform, and its potential detrimental effects on building decentralized governance capacity in regionalized countries like Italy, France, Spain, Germany, Portugal, etc.

The second effect of the EU Green Deal is the political debate. This was quite predictable considering the real nature of F2F and the biodiversity strategy. The commentary on the links with CAP reform is growing by the day, across the political spectrum.

The Farm to Fork and Biodiversity strategies are “the beginning of a discussion, rather than the end” said Wolfgang Burtscher, Director-General of the Commission’s DG for Agriculture and Rural Development, in a webinar with the Irish Farmers Journal on June 4. He added that ambitious environmental targets are “aspirational” and “subject to an impact assessment” that should consider also potential tradeoffs with food security, farmer competitiveness and income.

Questioned from an Irish farming perspective – from which F2F’s 25% organic farming target seems very far off – Burtscher also explained that the Commission will adopt a case-by-case approach when appraising the level of environmental ambition of the CAP Strategic Plans. This will allow for consideration of the different baselines in relation to the EU targets.

While the Farm to Fork and Biodiversity strategies are meant to increase political ambition for a greener CAP, in practice, we can already observe the following trends:

To these pragmatic aspects, we should also add the technical problems. These are always useful to escape from serious commitments and accurate accountability mechanisms, e.g.:

Bigger budget – but for what?

When the EU’s Ministries of Agriculture do unite in chorus, it’s to sing for a bigger CAP budget. In May 2020, the Commission presented a new proposal for funding the CAP in the period 2021-2027. Even though the new proposal represents a total 2% increase (in real terms) compared to the 2018 proposal, questions remain as to how the budget will be spent.

Will the CAP reform post-2020 be remembered as a waltz of the Commission & Member States, in which voluntary ecoschemes glide in to take the place of basic standards from enhanced conditionalities that are mandatory for all beneficiary farmers?

If the Farm to Fork or Biodiversity strategies are going to play out as political nudges instead of serious policy commitments, will the Member States and the Commission at least enforce basic EU laws when it comes to transparency (Art. 94 on procedural requirements of CAP Strategic Plans Regulation) and the no backsliding principle (Art. 92)? Considering the reluctancy of several Member States to open their procedures up and disclose public information to citizens, there is little hope for a transparent negotiation between the Commission and the Member States.

Sharpening the focus on reform

Increased ambition will also increase the budget to ensure a socially just transition. There is growing recognition of the power of research & innovation, farm advisory services, and digitalization to solve many of agriculture’s sustainability problems. Nevertheless, we should not forget that these activities are becoming increasingly privatized and hijacked by commercial interests across the EU. These services should instead be channelled into the provision of freely accessible and regular agri-environmental checks and farm advice, which will ultimately help farmers to cope with these sustainability challenges on the ground.

The discussions about the Farm to Fork and Biodiversity strategies can fog Member States’ outlook on serious CAP reforms – or sharpen their focus. Although there are some controversial aspects that are not covered by either strategy (e.g. lack of targets set up for herbicides and organic farming in livestock), it is important to instrumentalize both strategies to call for specific and immediate policy changes.

More on the European Green Deal and CAP

Matteo Metta is CAP Policy Analyst at ARC2020. He is specialised in agriculture, food, and rural development policy and evaluation. Matteo is a researcher on the digitalisation and its impacts on agriculture, forestry, and rural areas.

ARC2020 and other NGOs issued an open letter in the context of reforms to the DG’s advisory groups and concern of the effects of the agribusiness lobby. […]