The design and approval of the future 27 CAP Strategic Plans are key moments to demonstrate the true commitment towards a fairer, greener, and rural-proofed CAP reform. The European Commissioner for Agriculture, Mr Wojciechowski, promised ‘full transparency’ and ‘open dialogue beyond DG AGRI and agri-ministers’. Now ARC can reveal that a Joint Letter (link to letter below) has been sent by civil society organisations to the Commission to put their promises in practice. Will the Commission commit to the proposed actions? Article by ARC2020, letter by a coalition of national platforms.

From National Capitals back to Brussels

After the political agreements reached in Brussels on the future CAP 2023-2027, Member States are advancing their preparation of their National Strategic Plans. The submission of the 28 draft plans[1] is expected around the end of 2021, with their entry into force by January 2023.

Many decisions are still to be tackled and resolved at national and regional levels. The Commission will then assess how these decisions meet the legislations and the ambitions of the CAP reform, Green Deal, and Long-Term Vision for Rural Areas.

The design and approval of the CAP plans embrace a wide range of challenges, competencies and legislations. With a very tight timeline in place, in many Member States, the overall clarity of preparatory steps, including the quality of public consultations, is likely to worsen. The opportunities to review the government’s analyses and decisions or address substantial reforms might simply be neglected (It is worth remembering that the reform itself started in 2018, and there was scope for a two year transition, so there is no need for such a rushed timeline).

Without setting the ground for an evidence-base and inclusive design and approval approach, the new plans are likely to be designed and approved out of ‘strategic timing’ and a ‘minimal change’ approach. The approach should instead be one of strategic planning underpinned by detailed consultation rounds.

A wide range of civil society organisations grouped in coalitions from nine different Member States have sent a Joint Letter to the European Commission Directorate Generals with shared competences on the CAP, demanding concrete actions in setting up an approval procedure that is open and ambitious in terms of policy coherence, transparency and stakeholder engagement.

According to Federica Luoni, (Cambiamo Agricoltura, Italy), this letter is important for all CAP stakeholders across the EU, but particularly relevant for the Italian CAP plan. “We are approaching the submission deadline, and there hasn’t been any effective and structured series of consultations in Italy, except for some sporadic events. The preparation is very disappointing from the governance, technical, and democratic point of views. Although Italy could have set better consultations and technical working groups much earlier, we are now concerned that the plan will be approved by the Commission without properly examining the various elements of a fairer and greener CAP, nor how the regional interventions for rural development will fit together in a logic of result-based delivery model. There is no justification to continue until 2027 with a business-as-usual plan for food, agriculture, biodiversity and rural development in Italy.”

Earlier in an event in May 2021, the Commission DG AGRI presented the general approach to assess and approve the plans (Figure 1), although many details are still unclear, for instance:

Besides the details, Mr Janusz Wojciechowski (below), Commissioner for Agriculture, during an online event, committed to set up a transparent and inclusive approach, as stated here (transcriptions from min. 2:26:57): 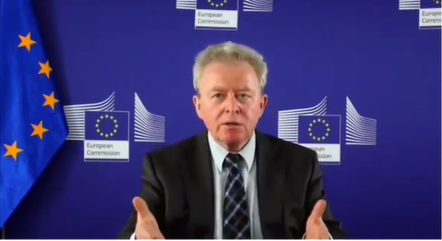 “My personal intention will be full transparency. It will not be a dialogue behind closed doors between the functionaries of the Commissions and the Member States. It will be an open discussion. If we have an objection or doubt about the proposal of the draft of the CAP SP presented by the Member States, we will publicly present our objections. The role of stakeholders is not finished until the official consultations to design the national CAP Strategic Plans, but will continue until the approval and final result. I hope that the stakeholders will put positive pressure for the Member States to achieve the best CAP Strategic Plans, respecting all the aspects from animal welfare, sustainability, economic viability”

Against this background, the Joint Letter calls on the Commission to start envisaging and implementing a concrete procedure that allows any stakeholders to:

To achieve these objectives, the coalitions have put forward a number of specific actions that the European Commission can implement in the upcoming months:

To avoid the situation whereby granted flexibility to the Member States culminates in a race-to-the-bottom, the letter finally urges the Commission to facilitate a sound and fair approval process across the 28 plans.

[1] Belgium will submit two plans for Flanders and Wallonia

CAP and Climate – What Exactly did Auditors Find?

While the next CAP reform is still in discussion at the Council, and the European Parliament has not yet taken a final position, Samuel Féret explains the rationale of the new concept of CAP Strategic Plans for a future CAP as proposed by the European Commission. This is intended as a pivotal piece of the future new delivery model, probably the biggest proposed change in how the CAP is set to operate in the future. This is the second in a five part article series on what happens next for the CAP. […]

Cutting space for nature on farms, from its own proposed level of 5% to just 4%, is the most brutal of adjustments mooted by the Department of  Agriculture, Food and the Marine (DAFM) in one of the final CAP consultations last Thursday.  A list of five for the most part unambitious eco-schemes has also been announced, which will do little to move Irish agriculture towards a more environmentally sustainable place.  […]

How has Ireland used the flexibility of the CAP legal framework post-2022 to design a fairer CAP Strategic Plan? A new policy analysis, researched and written by Matteo Metta for the Left group in the European Parliament (GUE), assesses fairness in Ireland’s CAP submission in a number of ways, while making a proposal for a way forward to assess CAP spending with more coherence – a unique beneficiary code for all CAP recipients. […]