You can find the final version of the package here. 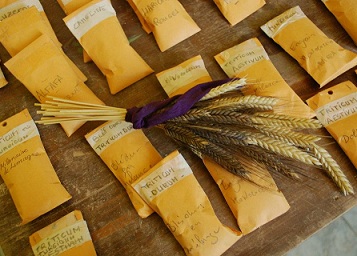 Leading up to the Commission decision, seed campaigners across Europe had been urging citizens to contact their national Commissioner to ensure the changes to EU legislation would allow more diversity in Europe’s fields, rather than destroying it.

However, it seems that once again, small-scale farmers and local producers will be harmed as industrial seed companies extend their dominance.

IFOAM EU Group for example has stated the Commission has failed to deliver a proposal that clearly favours agro-biodiversity today on the marketing of seed and plant propagating material.

“It is high time to end seed legislation that favours the global seed industry and corporations before the interests of consumers and farmers. Modern seed legislation must support agro-biodiversity and enable the locally adapted use and development of genetic resources to tackle climate change and future food security,” said Christopher Stopes, President of the IFOAM EU Group.

“The proposed new EU rules on seeds would seriously threaten seed diversity in Europe and play directly into the hands of the bigger players in the agro-chemical industry. The proposals are a slap in the face to those who have pushed for greater diversity in farming and plant cultivation, and highlighted the social and environmental benefits of such diversity…”

It is now hoped that the Council and Parliament will improve the text in the legislative process during coming months.

The five types of gardener, and how knowing them could lead to more sustainable food production […]

The contraband of the Romanian ox-heart tomato

EU legislation: Will small farmers trading seeds be seen as criminals in the future? […]