On Tuesday, March 11th, the EU Commission’s proposal for plant reproductive material law, or ‘seed regulation’, was rejected by a Parliament vote over concern that it would give too much power to the Commission, leaving EU countries with little leeway to adjust rules to their individual needs. The draft, which would have favoured a drastic loss of biodiversity, was rejected with 650 votes to 15. 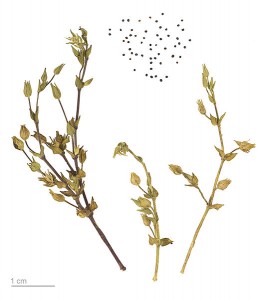 Agriculture Committee chair Paolo De Castro stated that the vote “shows the depth of Parliament’s dissatisfaction with the Commission’s proposal, which failed to meets its core objectives such as simplifying the rules and promoting innovation. It also prompted many concerns among MEPs, for instance about merging 12 directives into a single directly-applicable regulation with no leeway for member states to tailor new rules to their needs”.  He further commented that . “It is clear that the draft new rules must be redesigned to better respect different situations in different member states and bring about real improvements for all producers, consumers and the environment. We hope member states will be strong enough to follow Parliament’s position and reject this unsatisfactory proposal”.

EEP rapporteur Sergio Paolo Francesco Silvestris commented: “As MEPs, who co-legislate with the Council, we want to take our full responsibility for this legislation. For this reason we cannot decide in a hasty manner on this proposal, which is crucial for many growers’ associations, companies and citizens. The high number of ‘delegated acts’ would give Commission excessively wide powers over certain issues in areas which, due to their sensitivity, should be defined in the legal text”.

Since the Commission refused to withdraw its proposal after Parliament rejected it, MEPs finalised the first reading and sent their position to the Council. The legislation will end if the Council supports the Parliament’s decision. The Council may also amend the original draft; in this case, the Parliament can reject the amendments at the second reading, which would kill the proposal for good, or initiate negotiations on the final wording of the legislation.

In response to the rejection, Soil Association head of horticulture Ben Raskin commented: “We welcome the rejection of the proposed EU seed directive at the MEP level. At the Soil Association we share their concern over this legislation which will directly affect many small growers, growers’ associations and gardeners at both a professional and amateur level. However, the proposal as it stands has not been completely withdrawn by the Commission. We believe significant changes need to occur in order to guarantee support for those most affected (…) This directive as it stands could have a devastating effect on small and medium sized seed suppliers by driving many out of the market, and could impact significantly on the range of seed varieties available to amateur and professional growers, affecting UK biodiversity. We believe that the control and supply of seeds should not lie in the hands of a few large companies – which could ultimately be the result of such a proposal.”

Gene Banks. Solutions to crisis or museums for seed diversity?

Are Gene Banks a solution in a world of agri-biodiversity decline, or museums of seed diversity? | ARC2020 […]