In the presentation of his final report (pdf) to the UN Human Rights Council, after a six-year term as Special Rapporteur, Olivier De Schutter warned that current food systems are efficient only from the point of view of maximizing agribusiness profits and must be radically and democratically redesigned. “At the local, national and international levels, the policy environment must urgently accommodate alternative, democratically-mandated visions.” 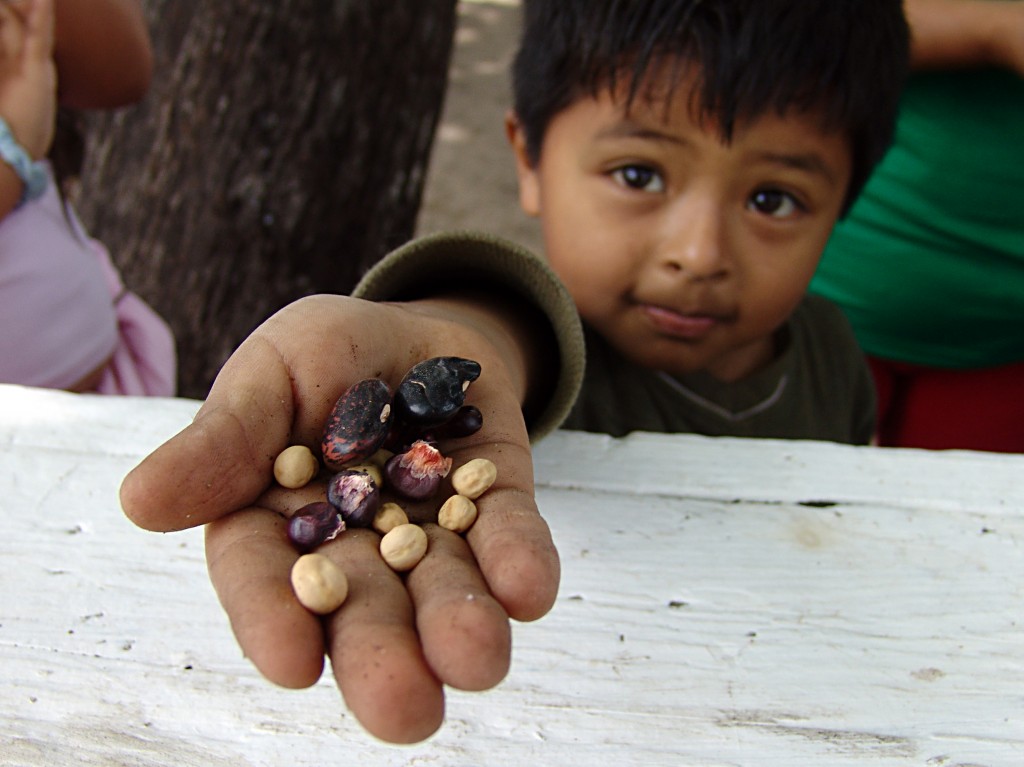 “Objectives such as supplying diverse, culturally-acceptable foods to communities, supporting smallholders, sustaining soil and water resources, and raising food security within particularly vulnerable areas, must not be crowded out by the one-dimensional quest to produce more food.” Mr. De Schutter went on to say.  “Of course, significant progress has been achieved in boosting agricultural production. But this has hardly reduced the number of hungry people.”

The report highlights the importance of demand-side issues. It suggests mitigating the negative impacts of industrial production by discouraging the increase in demand for meat, encouraging methods such as rethinking taxes and subsidies to “discourage the most polluting modes of production and to encourage the shift from ruminants to poutry for a more efficient conversion of cereals into meat protein” or improving land and manure management.  It also stresses the need to improve the efficiency of food systems by reducing waste and loss, which has been estimated at about one third of the total produced for human consumption.

“In low income countries, losses occur primarily as a result of inadequate storage and packaging and processing facilities, and a poor connection of farmers to markets, resulting in economic losses for food producers. In contrast, the levels of per capita food waste are much higher in rich countries than in developing countries: while a consumer in subSaharan Africa or South and South-East Asia wastes from 6 to 11 kg per year, this amount is between 95 and 115 kg per year in Europe and North America. These inefficiencies result in food production exerting a much higher pressure on natural resources than would otherwise occur.”

To combat this issue, measures such as improved storage facilities, assistance to farmers to help them organize in a way that avoids overproduction, avoiding reliance of foods that meet a certain quality of appearance, and developing direct farmer-to-consumer marketing.

With regards to seeds, the report states, “”Guaranteeing food security in the future requires that we support crop genetic diversity, including agrobiodiversity (…) States should : Not allow patents on plants and establish research exemptions in legislation protecting plant breeders’ rights; ensure that their seed regulations (seed certification schemes) do not lead to an exclusion of farmers’ varieties; and support and scale up local seed exchange systems such as community seed banks and seed fairs, and community registers of peasant varieties.”

The expert argued that food democracy should “start from the bottom-up, at the level of villages, regions, cities, and municipalities” and that a system that secures smallholder farmers ability to thrive is required for food security. “Respect for their access to productive resources is key in this regard.”

Mr. De Schutter emphasized the need for reforms tailored to local and regional needs. “By 2050 more than 6 billion people – more than two in three – will live in cities. It is vital that these cities identify logistical challenges and pressure points in their food supply chains, and develop a variety of channels to procure their food, in line with the wishes, needs and ideas of their inhabitants.”

He argued that for developing countries to successfully improve their food security, parallel reforms would be needed in the ‘global north’, where the farming sector has become heavily dependent on subsidies; wealthier countries must shift from agricultural policies focused on exports to allow small-scale farmers in developing countries to supply their local markets. “They must also restrain their expanding claims on global farmland by reining in the demand for animal feed and agrofuels, and by reducing food waste.”  The expansion of trade, he agrued, has resulted in “luxury tastes of the richest parts of the world being allowed to compete against the satisfaction of the basic needs of the poor.”

Final report: The transformative potential of the right to food

In this new three part series we present an analysis by Dr. Andrea Beste on the similarities, differences and synergies between the organic, agroecological and regenerative farming movements.  Part one here outlines the history and current status of the organic movement. A German version of the entire series is also available if you click through. […]

Despite restrictions, 95% of producers who sell at markets use traditional seeds, a Romanian Market Study has found. […]