Deep beneath our feet, out of sight and out of mind, millions of tiny communities of microbes are working together to perform key functions for the ecosystem. 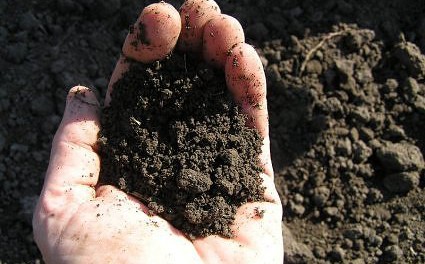 They provide services that are essential for human development and wellbeing, such as food and fibre production, nutrient cycling and climate regulation.

The scale of these communities is staggering. The microflora in soils are the most abundant group of organisms on Earth. A teaspoon of soil contains up to a billion bacteria, several metres of fungal filaments, and thousands of protozoa and nematodes.

Yet, like many plant and animal communities, microflora are facing new threats due to climate change.

Dryland ecosystems are crucially important, both to the environment and humans. They cover 41% of the Earth’s surface and are home to around 38% of the world’s people. They also harbour a rich and unique diversity of species, and play a critical role in the global carbon cycle.

Drylands are expanding, too. The most recent climate forecasts indicate that the global extent of drylands may increase by up to 23% by the end of this century. Despite this, there has so far been no global, systematic assessment of the bacteria, fungi and other microbes that live in these soils.

In two related studies, we and our colleagues looked at the impact of the drying trend on soil microbial diversity, and at whether these soils are likely to become less fertile and productive as a consequence.

In the first study, we looked at 80 dryland sites, on all continents except Antarctica, to see how the composition, abundance and diversity of soil bacteria and fungi change in response to drying soils.

We found that soil bacterial and fungal diversity and abundance reduced as these drylands get drier. This is largely because when soils dry out, plant cover and soil organic carbon content both decline, which in turn affects the bacteria and fungi living in the soil.

In the second study we investigated the relationship between microbial diversity and a range of functions such as soil fertility and plant productivity. We looked at drylands all over the world, and compared them with a wide variety of temperate ecosystems in Scotland including grasslands, forests, croplands and bogs.

Our results showed that a high level of microbial diversity is linked to higher plant productivity and soil fertility in drylands. Microbial diversity was equally important for ecosystem functioning in temperate Scottish ecosystems.

However, the risk of aridity-linked decline in microbial diversity is significantly greater in dryland soils. Therefore, these already dry areas are particularly vulnerable to further drying.

Our findings indicate that a loss in microbial diversity caused by human activities and climate change will negatively impact key ecosystem functions in soils that are vitally important for global food production.

Together, the key message from our two studies is that soil microbial communities, which are crucial for fertile soils and plant growth, are vulnerable to climate change and environmental degradation. Thus, these microbial communities need to be explicitly considered in management and conservation policies.

The loss of microbes in drying soils across the world could have severe consequences for the global population. Some 90% of human settlements in dryland environments are in developing countries. This poses serious challenges for future food security, carbon sequestration and environmental sustainability.

It is estimated that severe degradation of 10-20% of global drylands could affect up to 250 million people, mostly in the developing world. That would have a detrimental impact on the United Nations’ Sustainable Development Goals, particularly the eradication of poverty and ensuring environmental sustainability.

We need to develop new approaches to protect soil microbes, to protect the world’s soils for future generations. This will require a coordinated approach to slow the rate of climate change, combined with changes to land use patterns such as avoiding overgrazing.

This article was originally published on The Conversation. Read the original article.

People are stepping up to protect Europe’s soil. Will the Institutions? Guest post by Mario Catizzone. […]

Despite the climate change mitigation emphasis on carbon sequestration, building soil carbon is first about food security, second about atmospheric carbon drawdown. By working with nature’s natural cycles to provide nutritious food with a low environmental footprint, Regenerative Agriculture will provide the transition from fossil-fuelled agro-chemistry to utilizing the farm’s natural resources, argues Stuart Meikle in the second part of this series. […]