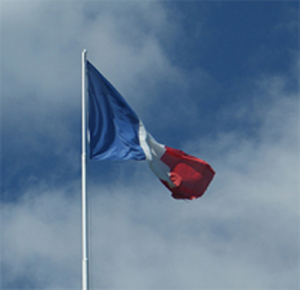 French minister of agriculture Stéphane Le Foll finally took a decision on 27 May for coupled aid distribution. While last fall President Hollande had decided to use 15 % of direct payments national envelope for coupled aids -so an extra 200 Mio EUR per year compared to 2014- its details remained undecided.

During more than 6 months of talks among farmers unions and the ministry, the main concerns came from the suckler cow premium distribution. This single coupled aid will represent 670 Mio EUR out of 982 Mio.

Le Foll finally cut in the middle and applies a degressivity: breeders claiming for premium should hold at least 10 suckler cows and amounts will be degressive as follows : 187 EUR per cow from first to 50th cow ; 140 EUR from 51st to 99th cow and 75 EUR from 100 to 139th cow.

Another long-awaited decision was the renewed protein crops support (2 % out of the 15 % coupled aids). This scheme having been introduced in 2010 after the CAP health check (former article 68) had benefited to peas and favabeans exports and not at all to feedstuff autonomy.

The re-focus proposed by Le Foll and supported among others by NGOs platform was to make breeders the main target instead of crop farmers so this could improve their feed autonomy through less imported soya.

– 98 Mio EUR : a 100 to 150 EUR per hectare for breeders holding more than 5 livestock density index who will crop leguminous forages (single or mixed crops)

In parallel Le Foll has confirmed the Less Favoured Areas payments (LFAs) revaluation for 2014-2020 period : at the end of the period, they’ll represent 1056 Mio EUR for 99,000 farmers compared to the 550 Mio formerly, which is due to various revaluations and to the former grassland premium shifting to LFAs.

So glass half empty or half full? Confederation Paysanne was worried about suckler cows premium modalities but is quite happy with proteins premium, while some FNSEA branches have expressed a reverse opinion.

Those decisions to the benefit of maximised coupled aids and to LFAs remain in accordance with the principles announced in the fall by President Holland: making aids legitimacy through employment and farming business in a country that does not like aids decoupling.

Here we round up some recent perspectives on the Commission’s CAP proposal. This includes a summary of the 18 months of work that went into the document(s), concern over capping backsliding, a briefing on conditionality, which member states want to keep the cash as it was, and an Urgenci (CSA) and Birdlife perspective. […]

The European Parliament’s Agriculture Committee voted Tuesday to allow for the extension of the current CAP system for up to two years. Critics however claim little time is saved in reality, while progressive change has now been stalled for longer. […]