Despite opposition from 18 EU Member States* a ban on pesticides from Ecological Focus Areas (EFAs) remains a distinct possibility for 2017. 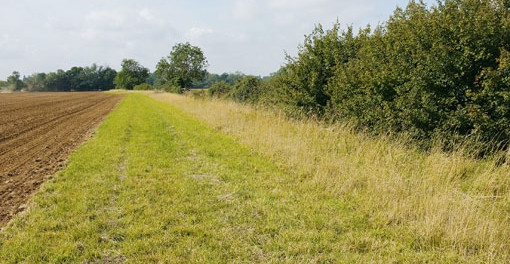 A Delegated Act including 14 changes has been adopted on greening by the Commission. The Council and European Parliament will in the coming months take a position, which involves accepting or rejecting changes,  but  not making amendments or changes to the text. Following this, the Delegated Act should come into force.

Read: the recent history of this process in a earlier post on ARC2020

A presentation by Pierre Bascou of DG AGRI in February suggested that one of the aims of the current push for simplification is to “harmonize some specific requirements to better achieve the environmental objective of EFAs”. His presentation includes reference to banning pesticides from EFAs as one of 14 simplification changes mooted by the Commission:

“Ban on using pesticides on productive or potentially productive EFAs (i.e. nitrogen-fixing crops, catch crops and green cover, land lying fallow and strips along forest): During the minimum period of presence or retention; Taking into account the specificity of under-sown catch crops.”

The minimum retention period is 8 weeks for catch crops and six months for land lying fallow. Land lying fallow and nitrogen fixing crops make up the majority of EFA options selected in the EU.

The Act itself cites arguments by both opponents and proponents of the ban, in particular with regard to nitrogen fixing crops. Some feedback during the consultation process focused on the ban on  plant protection products (PPPs) on several EFAs, in particular nitrogen-fixing crops (NFCs). Farmers’ organisations and agricultural businesses questioning whether it would be technically feasible or economically viable to cultivate to cultivate such crops. This, they argued, would reduce the ability of the European Union to gain crop self-sufficiency in this crops.

Environmental and other NGOs considered such a ban “vital for protecting biodiversity within the farming sector, and for encouraging pollination, soil fertility and natural pest control” and for the “credibility” of the greening process.

Agrafacts reported that as some Member States had already placed limits on the use of inputs on EFAs, which made the case for harmonisation of the rules stronger  – in this case, towards a ban of pesticides. However “the Commission is unlikely to increase the area of farmland dedicated to biodiversity from 5% to 7%, as the proposed ban on the use of plant protection products on productive EFAs is seen as a “concession”” the media organisation also reported.

All ARC2020 articles on CAP and pesticides

Changes in the CAP strategic Plan submitted by Ireland are “required”. In the Observation Letter sent to Ireland – which you can download below – there are a number of areas the European Commission has called for changes in. The overall green architecture itself, including eco-schemes especially, needs work, if Ireland is to achieve its environmental targets. There is a distinct lack of ambition, scoring, and incentives for stronger environmental practices. Increasing dairy herd numbers is named directly as making the necessary changes more difficult. That the letter’s language is strident in places is noteworthy. So what is the Commission asking for? And what comes next? Oliver Moore reports.   […]

ARC2020’s Oliver Moore spoke to JOCECA – the Joint Oireachtas Committee on Environment and Climate Action – a Committee in the Irish Parliament. This comes just as the CAP trilogues start to finish, and as the Irish Parliament (Dáil) approves an ambitious Climate Bill which aims for 50% reduction in emissions by 2030. Below is a transcript of what he said. A longer version of an accompanying paper is also in the article.   […]

A silver lining in the Brexit cloud is that people can radically rethink how food, farming and the rural space operate in the UK. What will this mean for direct payments, for environmental regulations, for food security – and who will do the hard work of farming? Finally, is some of this blue sky thinking of interest to the rest of Europe? […]