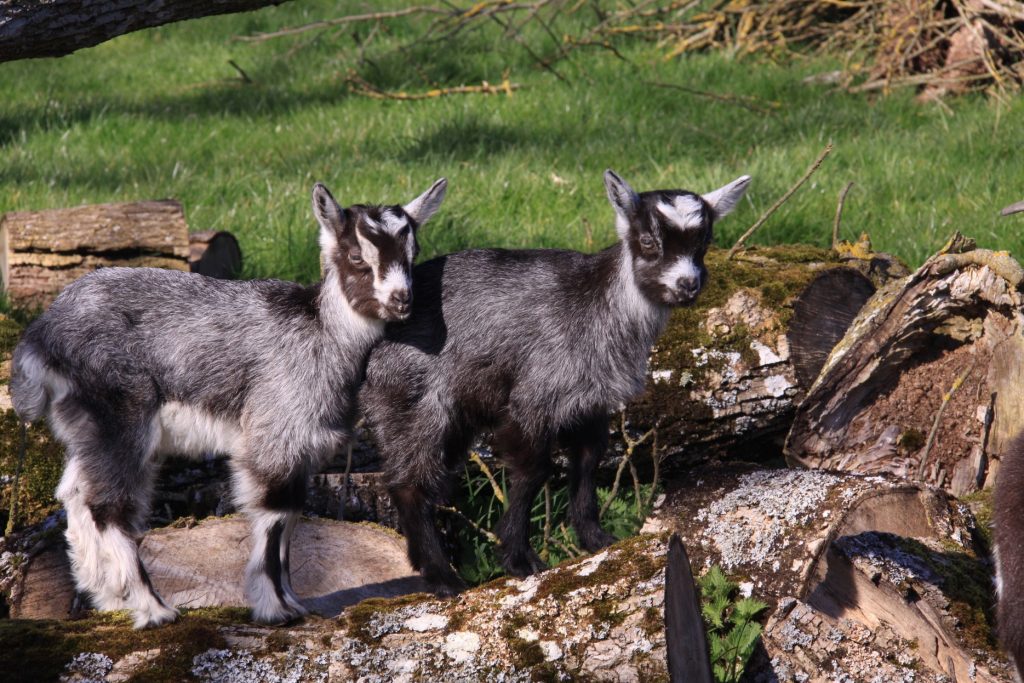 How has Ireland used the flexibility of the CAP legal framework post-2022 to design a fairer CAP Strategic Plan? A new policy analysis, researched and written by Matteo Metta for the Left group in the European Parliament (GUE), assesses fairness in Ireland’s CAP submission in a number of ways, while making a proposal for a way forward to assess CAP spending with more coherence – a unique beneficiary code for all CAP recipients.

Ireland’s draft CAP Strategic Plan: fairer, or still unfair first assesses fairness as a concept – how do we understand it within the CAP and agri-food, rural and policy framework? What role for equity, for farmers/land owners, agri-food sectors,  and supply chain actors?  Metta then goes on to consider the following key areas when trying to understand fairness: internal convergence, capping, young farmer payment, small farmer scheme, social conditionality, producer organisations and gender.

A green, amber and red (traffic light) scoring system is used to aid understanding of the performance of the draft Irish CAP Strategic Plan.

Along with these considerations, Metta has specific things to say about the definition of active farmers, some observations on the green side of Ireland’s CAP plan, and, finally, makes a proposal for what he calls a “unique beneficiary code to track and visualise the sum of all CAP support received by each farmer”.

Below we have excerpted the conclusion and recommendations from the report. We are also making it available to download, exclusively here first on ARC2020. 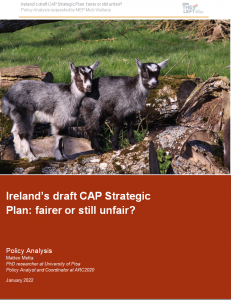 (Note – This policy analysis is based on Ireland’s draft CAP Strategic Plan 2023-2027 published here on the 8th Nov 2021 and the second modelling analysis presented in August 2021 by the Irish Department of Agriculture, Food and the Marine (DAFM) after various requests for revisions advanced here by the think tank organisation Agriculture and Rural Convention (ARC2020) and here by the Irish Natura and Hill Farmers Association (INHFA).  At the time of developing this report (Dec 2021), Ireland’s draft CAP Strategic Plan was still subject to the last days of stakeholder consultation. The draft received Cabinet approval on 21 December 2021 to submit the plan to the European Commission by 01 January 2022. The plan will be approved within six months of appraisal and negotiations between the European Commission and the Irish DAFM. Therefore, the analysed draft can be subject to updates. )

Overall, the study found that Ireland’s draft CAP plan made some steps forward compared to the current programming period 2014-2020. For instance, the internal convergence rate will be increased from 60% to 85%, thus ensuring a more equal distribution of BISS entitlements across the Irish territory. The max unit amount will decrease from 700 to 320 euro/ha. A higher share of the national ceiling for direct payments will be allocated to young farmers. 10% of direct payments will be allocated to redistributive payment towards the first 30 hectares of every farm. A cap will be introduced to farmers receiving more than 66000 Euro, although it is still unclear if the deduction of labour costs will be allowed.

However, compared to the flexibility granted by the EU legislation, Ireland shows with minimal ambition. For instance, Ireland could have proposed a full internal convergence rate at 100%; explored higher scenarios for redistributive payments (e.g. 12%, 15%); designed and implemented an ambitious small farmer scheme; implemented social conditionality as of the 2023 programming period; or revised the criteria to recognise producer organisations under sectorial support. More observations are made in each section of this report.

Some recommendations for the European Commission, Ireland’s decision makers, and policy analysts involved in the final design, appraisal and approval of Ireland’s draft Plan:

Finally, it is recommended that the DAFM work with the Paying Agency and other stakeholders on the creation of a unique beneficiary code to track and visualise maps on the distribution of CAP resources among the various recipients and across the Irish territory.

MEPs have a final plenary CAP vote this week – what’s at stake?

CAP and Climate – What Exactly did Auditors Find?

Letter From The Farm | Watching, Waiting and Knowing When To Help

We’re back on Shane Casey’s farm in The Burren, Co. Clare, Ireland, where he has another busy spring of lambing and calving behind him. There’s only so much you can do to prepare – after that, it’s a question of watching carefully for the telltale signs in the ewes and cows. Shane’s father was an early adopter of livestream technology that makes the night watch a little easier. But successful lambing and calving depends on the farmer’s expertise as well as patience. Knowing if and when to intervene, whether to call the vet, and how to help the newborns find their feet.  […]