Nicolas Hulot Foundation (FNH) have launched their new action on CAP reform: “I Field Good, for sustainable farming and food supply”. Through the testimony of French, German and Cameroonian farmers, and support from many networks, the Foundation invites European citizens to support four proposals for the future of the CAP 2014 – 2020. 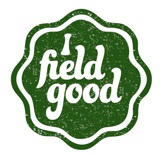 For the Foundation, the action has two key purposes:

The four proposals are gathered in a petition which will be presented to the French government in June 2013. By signing the petition, citizens ask for four clear and non-separable guidance lines to be integrated into the CAP reform, then developed on and coordinated with national and regional policies:

To understand the rationale of its approach, the Foundation’s ifieldgood.org website provides all the keys to understanding the desirable and positive farming they defend through videos, testimonials, documented content, education and relay tools …

Europe let out a sigh of relief on Sunday night with the announcement of Emmanuel Macron’s victory over far-right candidate Marine Le Pen for the French Presidency. But since her previous bid in 2017, Le Pen’s popularity has increased steadily, especially in rural France. Does her growing appeal point to a rejection of Macron’s techno-solutionism and the failures of his first term? What does it tell us about rural attitudes to Europe? Analysis by Ashley Parsons. […]