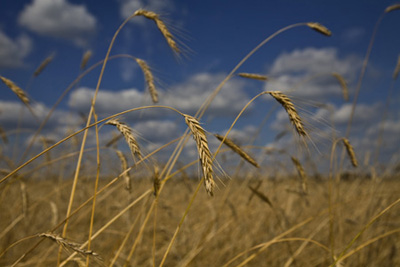 September is shaping up to be a crucial month for the environment and for rural Europe. The European Parliament’s ComAgri has just met, while a decisive, last-chance-saloon trilogue will take place, where funding Pillar 2 of the CAP will be on the table.

Following a Summer break, the European Parliament’s ComAgri – Committee on Agriculture and Rural Development– held two meetings on Monday this week, the first in public and second in private.

Agri-food, environmental and other civil society organisations used the opportunity to highlight the perilous situation facing Pillar 2 funding under the CAP.

While many of the CAP’s substantive issues have been dealt with under the Irish presidency, notwithstanding continuing uncertainty over the budget, or Multiannual Financial Framework (MFF), there are some significant outstanding issues relating to Pillar 2.

September is an important month because the European Parliament CAP negotiation team has one last chance in the trilogue talks on CAP financial aspects to support increased spending for Rural Development 2014-2020 – which form Pillar 2 of the CAP.

“Given that Rural Development money is expected to fall by 18% by 2020 compared to 2013, we urge the European Parliament to incentivise Member States to move at least 15% of their Pillar 1 allocation to Pillar 2 for advanced sustainability measures and to restrain any reverse transfer from Pillar 2 to Pillar 1″ ARC2020’s coordinator Samuel Féret said.

A July Parliamentary publication revealed that under the Multiannual Financial Framework (MFF) 2014-2020 the Rural Development budget would be E11.4 billion, compared to the E13.9 billion this year. By comparison the far larger Pillar 1 budget faces a reduction of just 13% from E43.2 billion to E37.6 billion.

To address this, the communiqué urged the European Parliament and its negotiating team to:

Many studies have shown the benefits of agri-environmental measures. Take employment: a 2010 study in eastern Germany found that agri-environment measures generate 14,500 jobs for €1 billion invested annually. A 2011 study conducted by the employment research consultancy GHK on the MFF and jobs showed that rural development investments in organic farming and Natura 2000 have the potential to create up to three times more jobs than the direct payment support.

The joint communiqué concluded: “in the current economic climate the European Parliament must act on behalf of the public interest by ensuring that the final CAP legislation endorses a much needed boost for sustainable investments in threatened rural areas that can help set us back on track to securing concrete greener and fairer outcomes by 2020.”

The next meeting of the Committee on Agriculture and Rural Development is on Monday 16th to Tuesday 17th September.

To read the open letter in full, see here

The design and approval of the future 27 CAP Strategic Plans are key moments to demonstrate the true commitment towards a fairer, greener, and rural-proofed CAP reform. The European Commissioner for Agriculture, Mr Wojciechowski, promised ‘full transparency’ and ‘open dialogue beyond DG AGRI and agri-ministers’. Now ARC can reveal that a Joint Letter has been sent by civil society organisations to the Commission to put their promises in practice. […]