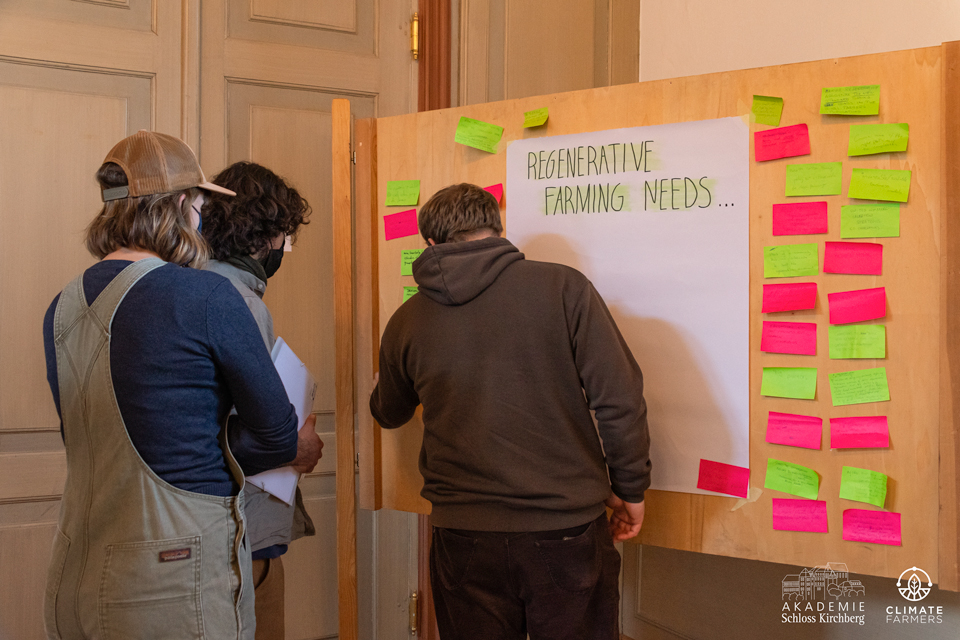 A common understanding of regenerative agriculture is needed

Industry experts, researchers and policy-makers have repeatedly called for a clear definition of regenerative agriculture.

In the last week, the community of regenerative agriculture practitioners gathered at the 1st European Climate Farming Congress and formulated their understanding of the concept in a clear and concise manifesto.

The Manifesto of the 1st Climate Farming Congress

The organisers share an appreciation of the need for a regenerative food system which reduces greenhouse gas emissions and builds soil carbon. In light of a massive surge of interest in regenerative agriculture from the public and the private sector, including commitments for regenerative sourcing from the top 10 global agri-food corporations, it became evident that  clarity is needed.

The Climate Farming Congress brought together cattle farmers from Hungary, Finland and Spain, traditional montado farmers from Portugal, small-scale highly-diverse farmers from the Netherlands and Greece, as well as large-scale arable and agroforestry farmers from Germany.

The objective: To unify the voice of regenerative agriculture in Europe in a common Manifesto from the practitioners.

The agenda: Not a single keynote speech.

The Climate Farming Congress was, from the beginning, marked by a powerful feeling of community even though most participants had not met previously. Through the unconventional participative format, all voices were heard in deep discussions throughout the three days. These deep discussions culminated in a signed Manifesto for Regenerative Agriculture, which all 70 participants actively co-created.

Louis De Jaeger, a landscape and food forest consultant and farmer from Belgium who participated in the Congress said of the event:

We arrived at a magic castle in Germany, not just a castle, but one that symbolises the power of the farmer, and that’s what we all felt … It is not an easy task to agree on a manifest on the future of regenerative farming in a couple of days, but because we as a group saw that it is absolutely urgent, we were able to do the impossible. You might say that this manifest is our biggest achievement. But the biggest achievement in my point of view is that 70 strangers met for the first time and that this few days was enough to create lasting friendships and a network of professionals, one hundred percent ready to save the world

The Community has made a number of central points in the Manifesto very clear:

Without a doubt, it must be our greatest ambition for the global top 10 food corporations to integrate regenerative effects into their supply web, for them to go beyond mere reduction of damages. The Congress has built the foundation for a common voice of regenerative agriculture practitioners towards industry.

After the 1st European Climate Farming Congress, the practitioners’ community is stepping into active conversations with decision-makers in industry and policy to ensure that regenerative agriculture has a common understanding across Europe.

Ivo Degn is  co-founder of Climate Farmers, an organisation aiming to scale regenerative agriculture in Europe.

The rules imposed on conventional agriculture, in some significant cases, make organic and conventional more alike. However organic is also spawning more radical alternatives, alternatives like biological or regenerative farming, which seem to have all the movement momentum, while eschewing certification – throwing out the biodynamic baby with the bureaucratic bathwater? […]

Hans Herren calls for a Radical Transformation of Agriculture

We need a radical transformation of agriculture and industrial food systems to deal with future challenges, says Hans Herren, In an interview published in the Foundation on Future Farming’s new brochure “Agriculture at a Crossroads”, he takes stock of the IAASTD’s impact and looks at the current debate on food and farming systems. […]

Why Legumes are Necessary for Agroecological Transition

What role for legumes in the agroecological transition? And what is bulatura? Here, author and researcher Lucia Nicastro interviews two farmers – Stefano Vegetabile of Nuove Rotte. Andrea Giaccardi, of l’Orto del Pian Bosco – about how and why they integrate legumes into their farming systems.  […]