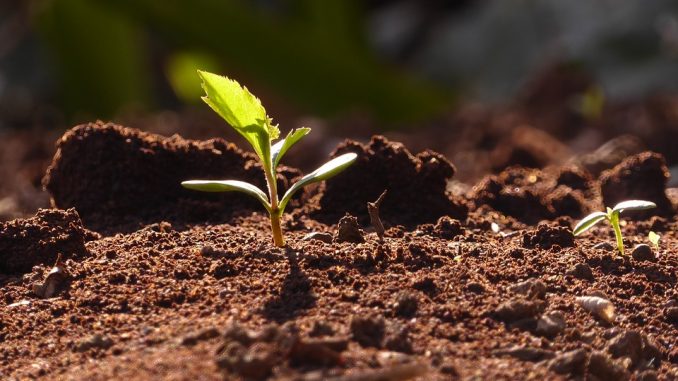 Regenerative Agriculture is a system of farming principles and practices that increases biodiversity, enriches soils, improves watersheds, and enhances ecosystem services. It aims to capture carbon in soil and aboveground biomass, reversing current global trends of atmospheric accumulation. At the same time, it offers increased yields, resilience to climate instability, and higher health and vitality for farming and ranching communities. The system draws from decades of scientific and applied research by the global communities of organic farming, agroecology, Holistic Management, and agroforestry.

The current paradigm of agriculture, epitomised by the Green Revolution of the mid-Twentieth Century, has undoubtedly contributed to improved nutritional outcomes and reduced hunger, albeit that the absolute numbers of malnourished people today have increased and continue to do so.

Nevertheless, modern agriculture is immensely damaging to ecosystems, and often in ways that are silent to people as framed by their daily lived experience. Modern agriculture is also capital and energy intensive, highly reliant on synthetic inputs and on the modification of environments to foster and harness simplification, specialisation, standardisation, centralisation, and consolidation, i.e. the core tenets of industrial capitalism. Collectively and individually, they are all anathema to the natural systems upon which agriculture must ultimately rely.

Modern agriculture is also unavoidably reliant on depleting geochemical resources, including fossil-derived legacy hydrocarbons, as fuel for traction, and feedstock and energy for fertiliser and chemical manufacture, as well as mined geochemical components such as phosphates and potash.

Thankfully, there is an emerging operable alternative, deployable at varying scales and within varying pedoclimatic contexts; it is more adaptive and harmonious within a mosaic of natural systems and landscapes. It is not dissonant, as is typical of mainstream, standardised, capital and energy-intensive conventional agriculture, which too often still remains oblivious to negative externalities, especially when viewed through the lens of true cost accounting.

In contrast, ‘regenerative agriculture’ implicitly recognises the indispensable nature of soil as the fulcrum of a systemic, cyclical framework, where nutrients embodied in mass and energy, and their fluxes, are merely temporarily but cyclically appropriated – or tapped into – by the intervention of human agency in the interests of ongoing human welfare, i.e. to provide food, fuel and fibre. The underlying objective is to extract, but with the knowledge and intent to replenish. It is always about wholly regenerating that most fundamental, critical, vital resource, the soils beneath our feet.

Resources must be replenished

Resources must be replenished, both in time and space, when depleted by extraction. Such is the logical and cyclical nature of regenerative agriculture. Agriculture was once implicitly regenerative so perhaps what is now being observed in contemporary settings is merely a resurgence, albeit one set within to the backdrop of a much-expanded global population, a population that we have grown by consuming resources but which we must now feed using regenerative agricultural systems.

Such a view necessarily connotes a more localised cycling and distribution of mass and energy, in contrast to the current paradigm, i.e. shorter supply chains commensurate with re-localisation in appropriate contexts. Critical will be the re-localisation of farmed animals to the land that feeds them.

It must also integrate a focus on ecosystem services, biodiversity restoration and effective, minimal seepage nutrient cycling with the broader economic, social, and nutritional needs of human welfare.

This is an extract from the paper ‘The Rise of Regenerative Agriculture? Or Merely a Resurgence?’ by Peter Dunne. Look out for part 2 in this series next week, when Peter Dunne will delve deeper into the topic, take us through the costs of the green revolution, and argue that regenerative agriculture is a cause for hope.

Peter Dunne hails from a small farming and fishing background in Clogherhead, Co. Louth and is a graduate of University College Dublin (specializing in Meat Science), Peter has significant experience in public and private sector research and third level teaching and training. He lectures on the Masters of Agricultural Biotechnology at Dundalk IT and has held posts at Technological University Dublin, University College Dublin, Teagasc and AHDB.

Beyond Agroforestry? An Introduction to Syntropic Farming

Swiss farmer Ernst Götsch has developed a variant of agroforestry called syntropic farming. So what is it – what’s different about it – and can it be part of the regenerative agriculture movement? Julia Ruff attended a workshop in Spain with Götsch and tells us about it. […]

There is lots of hype about digitisation in farming. There are important questions too, about ownership and power. What role for agroecology and the commons in this context? Vassilis Gkisakis and colleagues explored this topic at the Agroecology Europe forum in October. Here they outline their discussions. […]