What role for legumes in the agroecological transition? And what is bulatura? Here, author and researcher Lucia Nicastro interviews two farmers – Stefano Vegetabile of Nuove Rotte. Andrea Giaccardi, of l’Orto del Pian Bosco – about how and why they integrate legumes into their farming systems.

Legumes are a special group of plant species that includes crops such as peas, beans, and clovers. Legumes are unique because they require no synthetic nitrogen fertiliser to grow and once they are harvested, the nitrogen-rich crop residues can be left in the field as manure. This process further offsets the need for synthetic nitrogen for the other crops which follow [1].

Around ¼ of agriculture’s greenhouse gas emissions are due to the inefficient use and management of nitrogen. Furthermore, nitrogen is highly reactive, with consequent and severe negative impacts upon the surrounding ecosystems, including anoxia in aquatic environments, disruption of soil life, and impacts on land biodiversity [2]. When nitrogen is poorly managed, it contributes to nitrate loading of drinking water which affects the most sensitive populations; pregnant women, elderly people, and children. Legume cropping is low across Europe, occupying only 1- 4% of arable farmed area, as compared to 60% for cereals.

In conjunction, between 1970 and 2010, nitrogen emissions per hectare of Europe’s utilised agricultural area in different forms (atmospheric and leaching) increased by 20 to 30% [3]. We interviewed two italian farmers to discover why there is such a disconnect between the apparent benefits of growing legumes–indeed, their necessity for diminishing synthetic inputs–and their modest cultivation in Europe.

The first farmer that I interviewed was Stefano Vegetabile of Nuove Rotte (above), a biodynamic farm that is part of an ecovillage in Narzole, Piedmont, run by Stefano Vegetabile, his wife Ivana, and currently two WWOOFers, Maurizio and Giorgio. Although the practices of biodynamic farming and agroecology are different, they have many similarities and are both forms of alternative agriculture with a dedication to ecological principles.

The farm began with the purchase of a house in 2011 and the founding of the LaCasaRotta association. In 2016, the current farmhouse, including 8 hectares of conventionally grown peach trees, was purchased. The soil was depleted from many years of conventional farming. Through years of hard work, the fertility of the soil was gradually improved.

In the present day, Vegetabile explained the importance of legumes in maintaining this fertility through the introduction of the biodynamic root, leaf, flower, and fruit crop rotation system. Under this system, with the assumption of fertile soil, the basic crop rotation would be first a root such as carrots, then a leaf such as lettuce, then a flower such as broccoli, and then finally a fruit such as zucchini or pumpkin. Incidentally, beans would also be considered a ‘fruit’. With the introduction of members of the solanaceous family, however, the crop rotation becomes more complicated. The solanaceous or nightshade family, including profitable crops such as tomatoes, eggplant, and peppers, require a lot of nutrients and therefore take a toll on the fertility of the soil.

To circumvent this, either compost is incorporated before planting a solanaceous crop, or beans are planted after both a solanaceous crop and a crop in the leaf category in order to restore the fertility of the soil. In other words, under this model the practice of planting legumes would be considered the equivalent of spreading compost which is oftentimes a measurable expense for farms in terms of both labour and the product itself if outsourced, making an in-depth, sustainable crop rotation more cost effective in the longterm.

Vegetabile also used a traditional technique called bulatura, a specific type of intercropping in which a legume is sown together with a cereal such as wheat or barley. In this case, the alfalfa would be seeded into wheat in February when the wheat was less than 10cm. In June, the wheat would then be harvested, leaving the alfalfa to continue growing. For Vegetabile, successfully augmenting this technique presented the biggest challenge in increasing legume production, as well as incorporating legumes into his crop rotation in general. He was competing against an oversaturated market in which 58% of the cereals grown in Europe were used as animal feed, as well as against larger farms that could use synthetic inputs to artificially boost production and shorten crop rotations. For example, a typical crop plan in the case of a large-scale cereal crop would be composed of two thirds of cereals and one third of high protein oil seeds, resulting in a crop rotation of only three years, sometimes less.

Techniques such as bulatura, however, provide a beneficial pairing both in the field and on the plate; according to ANSES (The French Agency for Food Safety, Environment and Labor) when cereals are paired with legumes in a meal, all essential amino acid intake and protein requirements can be covered without the need for animal protein, therefore also indirectly helping to solve the aforementioned issue of cereals for human consumption competing with animal feed [4]. Another challenge for Vegetabile in legume production was climate change. During the past summer, the river Po, the largest river in the region of Piedmont, flowed at 20% of its usual rate, hitting its lowest level in 70 years [5]. To combat this, the farm was experimenting with more drought resistant legumes such as lentils. Despite these challenges, he said.

This positive and creative mindset informed the way in which the farm adapted to modern challenges; how they grafted domestic varieties onto wild cherry trees dropped by birds; how they planted rose bushes diagonally to catch the valley’s wind just right; how they diversified their products and then used a CSA model to simplify price dynamics; it became clear that maintaining a successful and ecologically sound enterprise took passion, resourcefulness, dynamism, and determination. The result, however, was more than just an enterprise, but as Vegetable explained, an organism, an alternate way of life.

Like Vegetabile, Giaccardi also considered legumes a necessary crop with which to maintain the fertility of the soil, but being organically certified by I.C.E.A, a paradox was created in which regulations for organic farming required the growth of legumes or the use of green manures every three cycles, restricting the ability to execute more complex crop rotations. Italy has one of the most difficult to navigate organic certification and inspection systems in Europe, and managing such systems – and the associated certification costs – is a proven factor in a farmer’s decision regarding the adoption or maintenance of organic standards, especially for smallholders [6]. In fact, it might explain a growing reversion to conventional agriculture in several regions of Italy. Alluding to this point, Giaccardi said that he did not believe a public contribution would increase the farm’s investment in legumes.

In conclusion, new innovations such as elite rhizobia strains for optimised nitrogen-fixation, the development novel machinery, and increasing the viability of techniques such as bulatura could help to improve the commercial potential of legumes in Europe, but focusing on this would only address one part of the problem [7]. As Vegetabile explained, climate change is already proving to be a challenge, and must be responded to as such if the future of agroecological farming is to be secured. Likewise, addressing inefficient organic certification systems such as by increasing the prevalence of group certification is a topic less discussed but has real impacts on the ability to farm agroecologically. Legumes are literal seeds of change, a historical backbone of nutrition, and a powerful, necessary tool for farmers; it’s time that they get the resources they deserve. For more information on legumes, consider following Agroecology Europe on social media using #MonthofAgroecology2022 and #AgroecologyWorks and becoming a member. 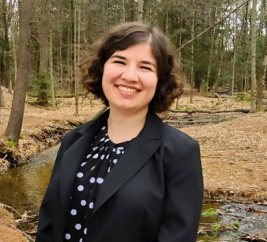 Lucia Nicastro (left) is an interdisciplinary professional with a focus on agricultural activism through education, policy, communication, and applied knowledge.

Letter From The Farm | Cresting the Peaks of Constant Change

The New Year gets off to an exciting start with the Oxford Real Farming Conference on January 5th-7th 2022. Back online this year, the conference has added social justice strings to its bow with new partners that focus on land rights and  equality. As well as the traditional menu of sessions on sustainable farming practices and policy, food sovereignty and supply chains, the event will bring in indigenous perspectives from around the globe. Ursula Billington reports on what not to miss. […]