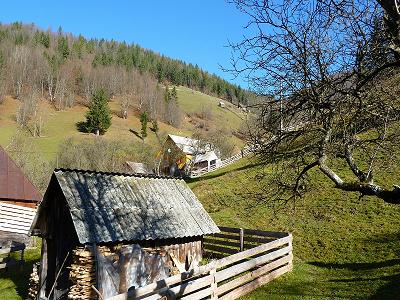 Attila Szocs, Land Issues and Access to Land Coordinator for Eco Ruralis, tells us about the reality on the ground of consolidation through EU funds.

Romania finally struck a new deal with the European Union as a month ago, when the European Commission (EC) gave its approval on the revised Parnership Agreement with Romania. Negotiations on this document started in early 2013 and the process was a bumpy one. The EC gave harsh criticism on both the first and second official drafts: it warned the Romanian Government that the document it sent was incoherent and lacked clear priorities for the use of European funds, and asked the document to be redone again by late 2013.

“There are extensive details/repetitions for some necessities, while others remain underdeveloped. Identified necessities describe a large array of problems, not always demonstrating a strategic global vision over the development challenges” highlighted the EC in a document. This is no scrap money in discussion either. In the next seven years the EU will provide 43 billion Euro from which 22 billion Euro is allocated for the cohesion policies. The allocated amount is 18% higher than the one from the 2007-2013 period.

Where will the funds go?

Where will direct payments be steered?

From an agricultural perspective, the Romanian Government gave out clear signals: smallholders have to disappear. And they are ready to invest money into this. According to the Ministry for Agriculture and Rural Development (MARD) from 2015, Romanian will use the option to transfer 112 million Euro from Direct Payments (Pillar 1) to Rural Development (Pillar 2) with the purpose of agricultural land consolidation.

MARD envisioned that all farmers who will give up their agricultural activities, either through selling or leasing their land, contributing to land consolidation, will be rewarded. They have the possibility of receiving a 5 year compensation equal with 120% of the direct payments they would have received in those years. Plans don’t stop here. Farmers having agricultural lands between 5-30 hectares will receive an extra 45 Euro more, smallholders of 1-5 hectares receiving a supplement of just 5 Euro.

What will happen to the smallholders which give up their lands after five years? Two scenarios are highly foreseeable: in lack of no alternative proposals much of them will end up on social security in the country or migrating towards other horizons and possibilities other European countries might offer for them.

The Ministry decided though, to apply the small farmers scheme, through which aprox. 800.000 farmers with lands between 1-5 hectares will have simplified controls and procedures of accessing direct payments. Young farmers working between 25-60 hectares are also privileged to receive 25% increased support than their older colleagues.

Coupled support will also represent 13,4% – 15% of all direct payments. The privileged crops are planned to be: soy (325 Euro/hectare in 2015, the support growing to 376 Euro/hectare until 2020), spring potatoes, tomatoes and cucumbers destined for processing, greenhouse and poly-tunnel vegetables. As European milk quotas will be eliminated, Romanian milk farms will also benefit from coupled support: 250 Euro/animal in 2015, reaching 325 Euro/animal in 2020, also still to be added Governmental subsidies to these amounts. This support will be conditioned to milk farms between 10 – 250 animals (cows) and 150 – 1000 animals (sheep).

What about rural development?

Surely, the newly submitted NRDP would have to offer small producers the chance to access credit, invest in their farms in an equal manner as large ones, to be able to resist on the market economy? According to Tudor Dorobantu, farmer and secretary of the Small Agricultural Producers Syndicate, there are under-evaluated problems though: the complexity of guidelines for applicants and institutional bureaucracy. Accessing Measures under the NRDP requires the knowledge of how to access those funds, all norms written down in the Guidelines for Applicants. Even the simplest ones leave the small producers flummoxed. In the fortunate case that some of them actually get through the norms, they end up hitting the stiffest wall, with institutional bureaucracy of the authorities supervising and implementing the Measures. The bureaucratic approach seems to be one of being “more catholic than the Pope” when it comes to judging their projects.

Beekeepers also look wearily towards the new financial allocation. Adrian Turcanu, president of a regional beekeeper association considers that the imposed conditions on accessing funds are impossible. He goes on giving a practical example: to receive the minimum allocated sum of 12000 Euro, he would have to own at least 220 beehives. Thus, various representatives of Romanian beekeeper associations already foresee that the majority of their members will miss out on EU funds.

Over the last year, several small farmers associations from Romania, along with Eco Ruralis, constantly highlighted the maximum importance which has to be given towards incorporating support for peasant and organic farmers into the NRDP and all general governmental plans. While the Ministry proposes to buy smallholders off their lands for the sake of land consolidation (and the substitution of a peasant agriculture with an industrial one), many of them feel that all diplomacy was in vain.

Dozens of campaigners filled a London lecture theatre to hear the environmental case against agreement. […]