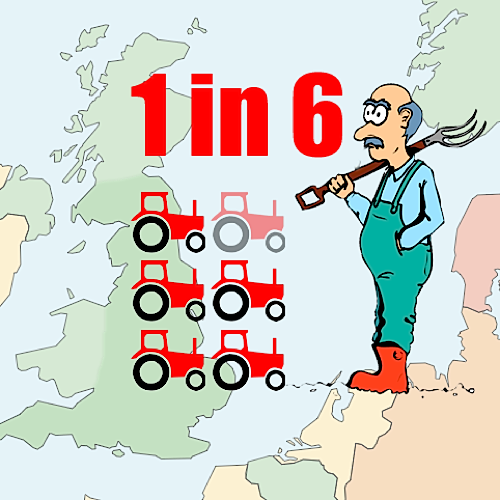 Earlier this month, the UK government wrote to one in six farmers in England, who were eligible for Single Payment Scheme (SPS) funding in 2014. Because the 18,000 claims concerned were based on less than 5 hectares, the Rural Payments Agency (RPA) will not transfer these farmers into the new Basic Payments Scheme (BPS) that starts in 2015. Last year, ARC2020 reported that 16,000 single payments claims were at risk, a seemingly cautious estimate with hindsight.

Based on what the RPA told ARC2020 this week, any letter listing BPS entitlement options must have been fairly brief. Beyond “buying or renting more land” to reach the BPS threshold, the RPA reminded smallholders that they still had until October 21 to transfer their current entitlements. These documents were originally issued at the outset of SPS, to establish who could make SPS claims, as the name suggests.

Soon after SPS was in operation, the UK decoupled entitlements from the land for which they were first issued. The documents became a saleable asset in much the same way milk quota used to be bought and sold.

The market for entitlements is currently busy, with the website Entitlement Trading reporting deals worth GBP 170-180 per hectare for English non-SDA entitlements. This represents a year-on-year drop of GBP 100/ha on the prices paid for the same category of entitlements reported in the farming press last year.

There is a limited use for entitlements purchased at this time, since the RPA told ARC2020 this week that: “In the first year of BPS any excess entitlements which are not supported by eligible land will expire.” The entitlements market is only open to those who meet active farmer requirements: “From early 2015 if an applicant wants to lease or buy-in entitlements from another farmer OR if they want to apply for BPS payment they will have to satisfy active famer rules.”

For smallholders who choose not to cash in their current entitlements by selling or leasing them to an active farmer, the only other option the RPA came up with was to surrender entitlements to the National Reserve, for no money. The RPA has extended the original deadline for SPS entitlement transfers by 48 hours to October 21 and gives guidance for the relevant RLE1 form on its website. The effective date of the transfer can be set for a later date than the notification deadline.

Brittany’s sustainable farmers have breathed a collective sigh of relief as further funding is secured for the agroecological transition. But while the region makes the most of CAP Pillar 2, the French state continues to prop up factory farms with Pillar 1. Louise Kelleher has more. […]