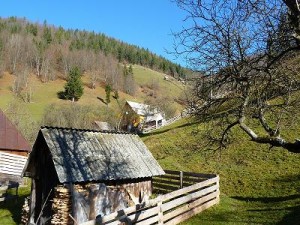 In Romania, a new law regarding the organisation, management and exploitation of meadows has been approved. According to Law nr. 214/15.11.2011 that started to take effect at the end of December 2011, the Romanian Ministry of Agriculture and Rural Development supports the producers` associations of cattle, sheep and goats in order to obtain an increase of efficient animal production, with abiding agricultural and environmental restrictions.

More directly, Law 214/2011 puts means of increasing the absorption rate of European funds which support animal breeders at the disposal of producers. These means include obligations of both central and local public authorities in organising public services for the administration and up keeping of both publicly- and privately-owned meadows and pastures.

Standards for the efficient use of meadows and pastures are reinstated, especially when it comes to ceasing these to a third party. Through a ceasing agreement, the minimum period of the agreement must be of 10 years and must respect the optimum charge of animals/hectare, but not lower than 0.3 livestock units/hectare, according to European standards as set by the European Commission through DG Agri.

Several producers’ associations have already commented on the approval of the legislative initiative, stating that it is a step in the right direction, but some other things need to change in the minds of local public authorities in order for this to work.

The vision of the Romanian National Bank: a country without land and a countryside without peasants […]

The Faces of Land Grabbing: from Laos to Romania