A preliminary agreement has been reached after 20 months of trilogue negotiations between the EU Commission, Council of Ministers and European Parliament for a new organic regulation.  The main outstanding issues, which delayed agreement for so long  – pesticide residues, seeds, soil based production and derogations for non organic seeds, animals and products – have either been settled or deferred. 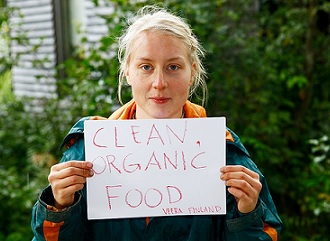 The new regulation will see the phasing out of exceptions from the organic rules (derogations), increased availability of organic-adapted seeds, the establishment of databases and the formalisation of the importance of living soil in organic production.

According to the Council, which issued a media released last night, controls will also be strengthened:  ” The new regulation introduces checks on retailers and a risk-based approach to controls, thus reducing the administrative burden for operators in general and SMEs in particular. Specific controls on organic farming will be complemented by the recently introduced rules on official controls along the agri-food chain.”

It is also the case that a wider list of products  (e.g. salt, cork, beeswax, maté, vine leaves, palm hearts) and additional production rules (e.g. deer, rabbits and poultry) have been established.

A new new system of group certification is to be established to “make it easier for small farmers to switch to organic farming by reducing inspection and certification costs, as well as the related administrative burden” the Council adds.

Imports from third countries (i.e. outside the EU) will have to comply with EU standards: current equivalence rules, requiring non-EU countries to comply with similar but not the same standards, will be phased out within five years. Under exceptional circumstances, the Commission could, for a renewable period of two years, allow imports of specific products, even if not fully compliant with EU standards (e.g. due to specific climate conditions).

The context for this new regulation is the pace of growth in consumer demand but not in conversion to organic production, in the EU. This dynamic means that organic feed and food is often imported into the EU to meet this demand. There are difficulties for organic regulators to establish the credentials of imported produce into the EU, with documented cases of fraud a cause for concern. As organic transportation and processing grows to mirror the conventional sector,  the potential for co-mingling and contamination with pesticides and other contaminants banned under the organic rules also grows. The issues of seeds is a hot button issue for many in the organic and alternative food movements, with legislation for conventional seeds still prohibiting seeds fit for organic farming on the European market. Finally, there is growth outside of the EU and in Nordic countries in Europe in non-soil based growing – e.g. in greenhouses – so this area needed addressing too. All of these have now been agreed in the deal between European institutions, which completed yesterday.

Below we outline what happened with regard to the four main final stumbling blocks, which were the last things to be resolved.

The principle of soil based production in all cases of land based organic farming and growing is established with this new regulation. The precise wording is (likely) “‘Soil-related crop cultivation’ means production in living soil or in soil mixed or fertilised with materials and products allowed in organic production in connection with the subsoil and bedrock.”

There is an increasing trend to grow in materials other than soil globally, including in particular in more northerly latitudes. A very small number of producers in Nordic countries, who grow in “demarcated beds” out of soil will be allowed to continue as organic if already certified organic. However there will be a phasing out of this practice over ten years. A report will be commissioned on the topic, with whatever exemptions from soil-related production clarified after this.

The new legislation will mean improved availability of seeds and plant reproductive materials more adapted to organic farming requirements. This means that genetic diversity and disease resistance and other important considerations will be taken into account when defining criteria  for organic seeds. Currently derogations (exemptions from the organic rules) are often granted for seeds due to lack of availability of organic varieties (see also database heading below). The proposed legislation would phase out currently allowed derogations which are in place due to the lack of availability on the market.

Old varieties not currently available will be placed on the market, while the rules for registration and notification will be changed to facilitate the development of the organic seed sector. Two new categories of seeds are to be established: The first – organic heterogeneous material – exempts organic seeds from restrictive EU seed cataloguing rules. These “materials” are defined having a high level of genetic and phenotypic diversity and must be produced under organic conditions.

Databases of available certified organic materials (for plant and animal reproductive material) will be established by member states, to streamline and harmonise the process of granting or refusing derogations. This database will be free to use, and must be checked before granting a derogation. The idea is that if organic materials are available on the database, then the derogation should not be granted. This should facilitate the sale in particular of organic seeds (see seeds heading above).

Whatever about how it is described in the Council of Minister press release (both “uniform” and “flexible”) this contentious issues has been essentially deferred to the future. This has been one of the longest running sores in organic and conventional farming relations. Simply out – who’s liable for loss of revenue if certified organic food gets, howsoever, contaminated? Is it accidental of fraudulent, and at what level should it lead to de-certification? And what should the threshold be for making these assessments?

We covered this topic extensively in 2014, when ARC2020 attended the IFOAM EU Congress, and when this potential regulation was _already_ a hot topic for discussion.

As we revealed then, there are cases where farmer’s trade unions have paid the bill for organic farmer accidental contamination, to avoid the scenario where individual conventional farmers have had to foot the costs.

The solution – such as it is – is to generate more data, to spend more time, to do more reporting to establish precisely where this adventitious contamination is coming from. Thus far, it appears that accidental contamination is primarily coming from transportation and processing, not so much from neighbour to neighbour in the countryside. This may mean that  the process of establishing thresholds and causality for contamination will be more routinised, while also rooting out fraud to a greater extent.

Rapporteur and chief EP negotiator Martin Häusling (Greens/EFA, DE) will hold a press conference on Thursday at 09:30 on the outcome of the negotiations (Anna Politkovskaya room – PHS 0A50). Watch it live here

The agreed text now needs to be approved by the Agriculture Committee, the Parliament and the Council before it can enter into force. It shall apply from 1 July 2020.

What four things did Arc2020’s Oliver Moore point to at the 8th European Organic Congress? […]