Today, ARC2020 and many other agricultural organisations and NGOs issued an open letter to Commissioner Cioloș in the context of the proposed reforms to the DG’s advisory groups and the concern of the effects of the agribusiness lobby.

Unfortunately until now, the unbalanced composition of the advisory groups has given the impression of a two-tier system of stakeholders, with economic interests being the more important tier. Favouring one organization through privileged access directly contradicts the Commission’s own

commitment to making the EU a participative democracy and ensuring equal representation of all relevant stakeholders.

As urged in the letter, “The share of seats in the groups should be calculated as follows:
– 50 percent of the seats should be reserved for groups representing societal interests without direct economic interests (50/50 balance between economic and non-economic groups).
– Within the two categories of stakeholders, no organization should have more than 30% of the seats.” 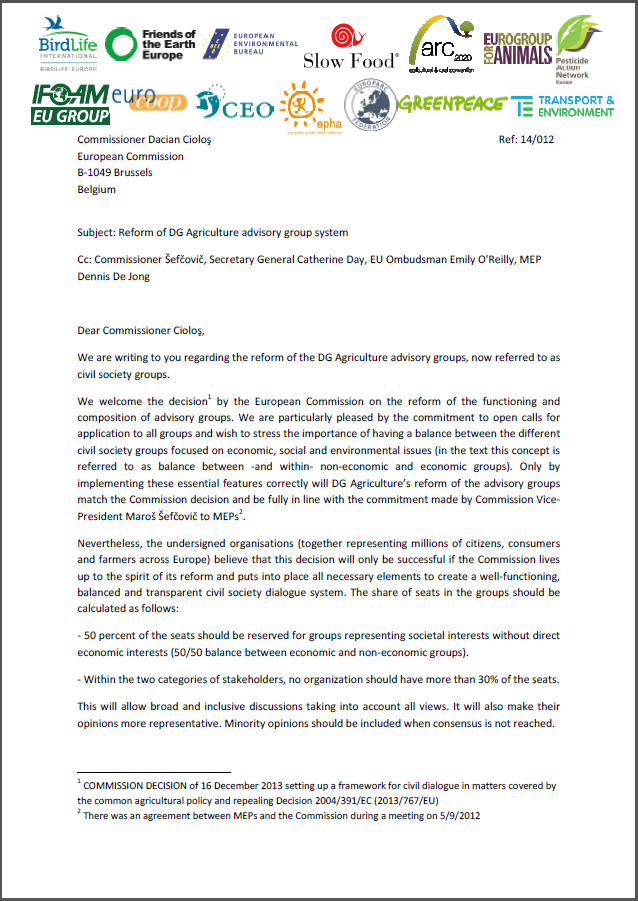 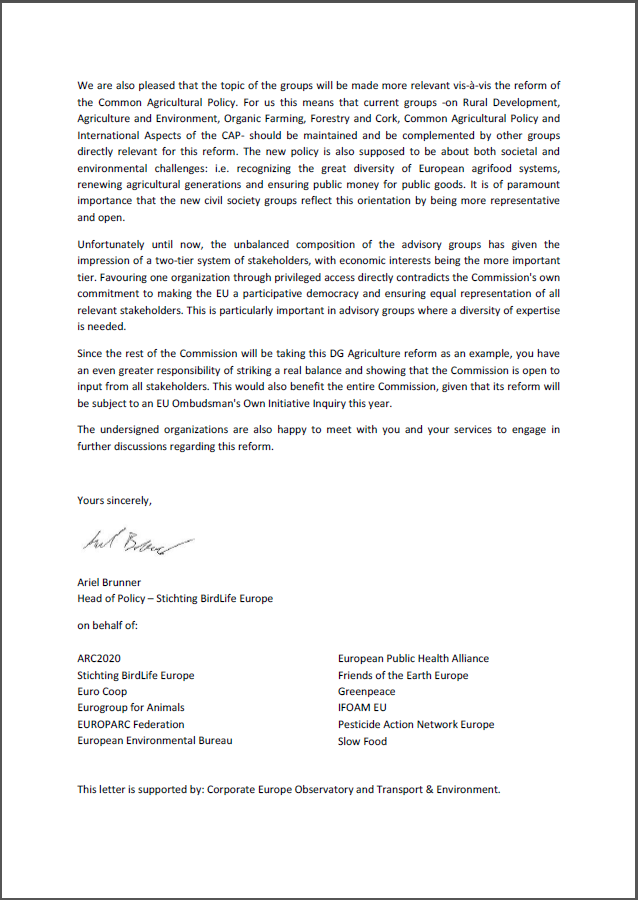 Food Fight – The Farm to Fork Strategy vs CAP

The Farm2Fork strategy is out for consultation at present, closing on 16th March. It is self-described as a sustainable food strategy is key to achieving the goals of the EU’s Green Deal. This strategy “sets out the regulatory and non-regulatory measures needed to create more efficient, climate-smart systems that provide healthy food, while securing a decent living for EU farmers and fishermen.” So how is the process unfolding, and how does – or will – it relate to the CAP?  […]

This week, the European Parliament and the Council of Ministers have set a direction for CAP which fundamentally ignores the Commission’s European Green Deal (EGD), and, by extension, the biodiversity and climate crises that led to the EGD. […]