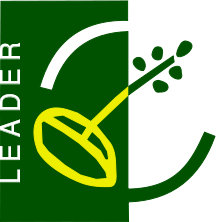 With 20 years’ experience of the  approach to funding projects, the European Commission is proposing to roll out community-led development (CLLD) to other areas.

If adopted, such a policy will require an integrated EU-level CSF and the preparation by each member state of a national partnership agreement, to show how the common strategic framework will operate within that country. This will need to reflect how partnership agreements will mesh with the operational programmes of each major fund.

With an existing commitment to the principles of CLLD, ARC2020 was represented at the Open Days in Brussels earlier this month, an event organised by the Committee of the Regions and the Council of European Municipalities and Regions (CEMR). Four days were given over to discussing what CLLD might look like, with speakers from European institutions. Aware of the crisis conditions affecting the EU, they stressed the vital need for development to promote economic recovery and social inclusion, by meeting the challenges of high unemployment, demographic shifts and climate change.

During the workshops, it became clear that the European Parliament, many regional authorities and national governments accept the principle of greater integration between funds, in very general terms. There are discussions going on around Europe to draft Partner Agreements, even though the European budget has not yet been agreed.

The pivotal feature of CLLD is the way it should operate at sub-regional levels. This means that regional and local authorities, as well as their associations at national and European levels, are pressing to be involved in preparing those agreements, because they know that European funding will be crucial to their own work when public funds are constrained.

For more than a year now, ARC 2020 has advocated the regeneration of rural areas as a key element in Europe’s recovery. For this to happen, it will be necessary to harness the energy and resources of the public, private and civil sectors, enabling rural communities to ‘own’ the development process. To use the example of LEADER, there have been over 2,400 Local Action Groups, which have used CLLD to drive the process.

ARC 2020 welcomes the European Commission’s proposals, since they are driven by a vision of sub-regional development agencies that would be able to operate flexibly, delivering relevant EAFRD measures as well as relevant measures and resources from other EU and national funds. It would be an opportunity to remove the constraints imposed by the current artificial boundaries between rural and urban areas.

The strategy would be subject to effective monitoring and evaluation, but would not be subjected to day-to-day intervention by managing authorities. It would have by local leadership, with a potential lifespan beyond those of EU programme period, supporting action that would not depend completely on EU or national funding.

While there is interest in CLLD, there is no consensus view on how it might be implemented, even at Commission level. The Rural Fund is unique in requiring a minimum 5% of its budget to CLLD, yet even here there is no guidance yet as to the scope of measures that sub-regional partnerships might deliver. Elsewhere CLLD is being discussed as one option among others for member states. The Regional Fund, now implemented by the renamed Regional Development and Urban Policy Directorate, is likely to be focused on cities and large-scale developments, while the Social Fund is likely to operate along lines determined by themes and territories. Within member states, ministry preoccupations tend to limit interest in cross-sector activities.

This situation is a cause for concern to ARC and the wide family of LEADER action groups, since CLLD could generate a more dynamic approach to the development effort and remove some of the constraints that currently affect many of these groups. The opportunities for community-led local development are an exciting opportunity for rural communities across Europe, even if they entail the challenge of adapting to new patterns of funding and partnership.

This will entail being ready to play a role in such partnerships. Many LEADER groups do not yet have the legal status or the resources to act in the more ambitious way that is inherent in a CLLD strategy. There is a lot to do if civil organisations are to be ready for a fresh approach that promises more dynamic local development. If CLLD is to be implemented in 2014, a lot of shoulders will need to be put to a number of wheels between then and now.

MFF negotiations: first pillar of the CAP could be cut […]

After a summer break, we return to our re:CAP series to talk young and new farmers. We speak to Christian Rehmer (BUND – Friends of the Earth Germany), Aurélie Catallo (Pour Une Autre PAC), Ulrich Jaspers (AbL and Die Verbände-Plattform), and Ariel Brunner and Harriet Bradley (BirdLife). […]