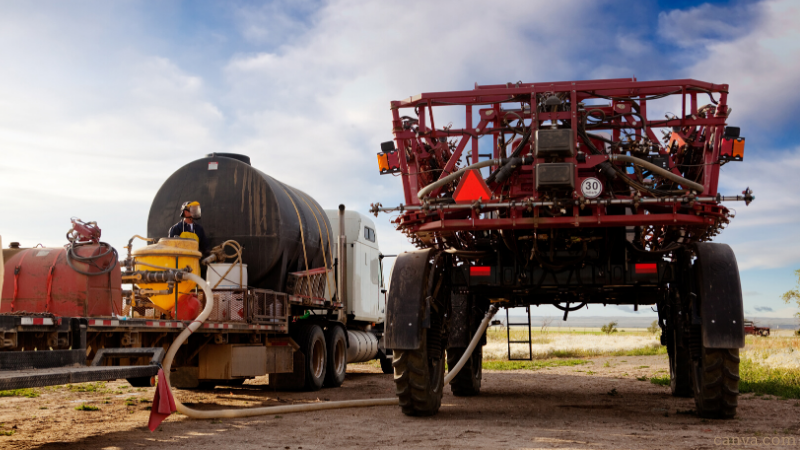 ARC2020, along with 28 other organisations, wrote and co-signed a letter on the unacceptable delays in introducing the EU’s pesticide regulation, called SUR (Sustainable Use of Plant Protection Products). Below is the full text of the letter, which was sent to Ministers for Agriculture, Environment and Health, the President of the European Parliament, AGRI and ENVI coordinators, and members of the AGRI and ENVI Committees.

29 NGOs, the European organic movement, beekeepers and IBMA (biocontrol manufacturers) call on the Parliament and the Council to support the Commission’s proposal on the SUR despite attacks to weaken it and delay its adoption.

We, the undersigned organisations, strongly condemn the attacks to weaken the ambition of the proposal for a Sustainable Use of Plant Protection Products Regulation (SUR) and to delay its adoption. This piece of legislation is crucial to implement the Farm to Fork and Biodiversity Strategies, as well as
the Zero Pollution Action Plan, and is therefore key to delivering on the objectives of the Green Deal.
The revision of the Directive on the Sustainable Use of Pesticides (SUD) must lead to an ambitious SUR reform, which is an important step towards achieving a toxic free environment, protecting the environment and achieving resilient farming systems capable of securing food production and facing current and future crises.

Read, download the full letter including info on all signatories:  SUR_Joint_Letter

Nevertheless, during the AGRI-FISH Council meeting held on 26 September 2022, farm ministers from
Austria, Bulgaria, Estonia, Hungary, Malta, Poland, Romania, Slovenia and Slovakia sent a request to
the European Commission to carry out a second impact assessment on the SUR proposal, on the grounds that the current one “does not take into account the impact of the war in Ukraine on global food security and the resulting threats to the European Union”. (1)

On similar lines, Members of the European People’s Party asked the Commission to withdraw its proposal, after criticising the SUR proposal referring to the possible impact of pesticide reduction on
food security.(2)

While food security in the European Union is not currently at risk because of the war in Ukraine, the
massive use of synthetic pesticides already has a negative impact on human health, on biodiversity
including pollinators, as well as on water and soil quality.

Indeed, weakening the SUR proposal and delaying its adoption puts the EU in a situation of
vulnerability. As highlighted by civil society groups (3) and scientists (4), postponing and diluting
environmental action, such as the pesticide reduction targets proposed under the SUR, would
only move us further away from securing long term food production and becoming resilient to
threats like climate change and the biodiversity crisis.

Synthetic pesticides are harmful for the environment and biodiversity (5) as well as for the quality of soil, water and air. They also have negative impacts on human health, including that of children(6). Farmers and farm workers are the most exposed to synthetic pesticides and must be protected against their negative effects (7), as should each one of us. For all these reasons, European citizens have raised their voice calling for a reduction in the use of synthetic pesticides.

On 10 October 2022, the European Commission validated the European Citizens Initiative (ECI) “Save Bees & Farmers”, which collected more than a million signatures. This ECI calls for the phasing out of synthetic pesticides by 2035, the restoration of biodiversity and the support for farmers to achieve this goal.(8)

We therefore call upon Agriculture, Health and Environment Ministers and Members of the European Parliament to live up to their responsibility and listen to independent science and to European citizens. We urge them to commit to applying integrated pest management – including preventive measures, longer crop rotations, diversification of crops and biological controls – which works with nature and has been mandatory since 2014; to promote low-input-farming systems, such as agroecological or organic farming; and to significantly reduce the use of synthetic pesticides. Such farming practices and systems when implemented already bring a reduction in the use of synthetic pesticides while producing healthy food for all. These have beneficial effects for the restoration of biodiversity and ecosystem services as well as the climate and do not put the health of farm workers and farmers at risk.9 Organic and agroecological farmers who find alternatives to the use of synthetic pesticides, should be properly supported by the SUR as they contribute the most to reaching the Farm to Fork Strategy’s targets on pesticide reduction.

We urge Agriculture, Health and Environment Ministers and Members of the European Parliament not to call for further delays in the adoption of the SUR, and to work towards achieving an ambitious SUR. We trust European decision makers will live up to the task that lies in front of them for further improving the current SUR proposal to ensure the environmental goals of the EU Green Deal are properly addressed, to protect our health and the environment, and to make our agriculture resilient.

Specific reductions in the use of mineral fertilizers and pesticides, as well as a target for the increase in the land under organic management, are among the 2030 Commitments of the EU Biodiversity Strategy. […]

There are limits on the amounts of pesticides allowed in our food. Except, that is, where these limits get in the way of free trade. Isabella Lang calls out the EU’s anticipatory obedience to the WTO, double standards on pesticide exports, and the failure to assess the cumulative health risk of pesticides for humans. […]