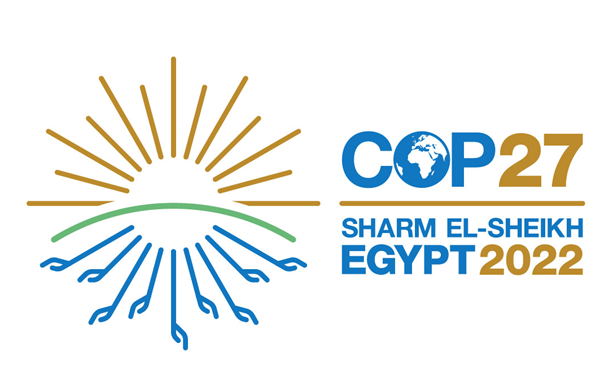 The winds of winter are blowing into Europe, over in Egypt is a different wind gathering force? A wind of change? Until the 18th of November, COP27 is taking place in Sharm el-Sheikh, Egypt. Last year’s COP in Glasgow has largely been viewed by the international community as underwhelming. So what’s going on in COP and in agri-climate news? Sometimes it’s important to follow the money… Round up by Ashley Parsons & Oliver Moore

Climate is changing, are we?

The COP process has not resulted in the nations of the world really addressing climate change, and COP 27 is not likely to buck this trend. Nevertheless, at COP, some sessions do address important topics. IPES-Food has a set of food and farming events at COP27 with some timely topics coming up. Especially interesting is the upcoming Saturday Nov 12 event: From local to global governance: Aligning action for sustainable food system transformation. “Achieving a just transition for sustainable food systems requires collaboration across all levels of government. This event will explore issues of multi-level governance of food systems, providing examples and mechanisms available for effective action at different levels, and the challenges of policy integration.”

Outside of this process, there are also farmers working on the ground with a climate focus. The 2nd Climate Farming Conference, co-organised by Akademie Schloss Kirchberg  Climate Farmers took place October 25-27 in Germany. 150 pioneers and practitioners from 18 European countries met to plot and plan.

As a mission, the gathering considered lawmaking and subsidy systems with perverse incentives. As was said many times by participants – “If you don’t have a seat at the table, you’re probably on the menu.”

The vision for the European Agrifood system which emerged from the event stresses the diversity and interconnectedness of life, ecological and farming systems, as well as “all phases of ecosystem succession in a context- appropriate way.”

Event participants “developed initiatives spanning from advisories of farmers for large food processors to the exploration of regeneration credits, creation of a European alliance for regenerative agriculture, coordinated lobby efforts to influence the European political sphere, and draft proposals for educational programs on regenerative farming” according to Esther Dalkmann of Climate Farmers. Find out more about Climate farmers and their work here.

What role for ever more automation in agri-food? Reducing drudgery, embedding business-as-usual and corporate capture, or enabling a sort of savvy agroecology? Could the future of agroecology itself be automated? The FAO has  released a new report on automation and agricultural transition.

“The publication suggests policies to ensure that disadvantaged groups in developing regions can benefit from agricultural automation and that automation contributes to sustainable and resilient agrifood systems.” Read more about it (and download it at this link).

Mineral fertilizers are adding to global warming/weirding contributing “one out of every 40 tonnes of global greenhouse gas emissions” according to a new report from Grain and IATP Europe. Fertilizer prices have fluctuated but mostly skyrocketed in the 18 months, and while they may decline somewhat in the months ahead, volatility itself is problematic – before we start to think about all the other impacts. Download The Fertiliser Trap (English)

In this context, all eyes are on the  Commission’s Fertilizer Communication, about to drop any minute now.

There has been an ongoing discussion about how these interlinked, interlocked crises  – climate, biodiversity, cost of living, and war – both prove the need for deeper systemic change, and also demand immediate action due to food producers being so exposed to cost and supply issues. It’s a desperate cycle, whereby the desire to retain a resource intensive, nature-busting agri-food system seems to override even the idea of using the crises as a reality check, and chance for genuine, necessary change – towards “more food, less feed,” as we put it at the start of the war in Ukraine.

The European Commission meanwhile, has prolonged the temporary crisis framework set up this spring and added temporary aid for individual agri-food companies up to 250,000-300,000€.

Venture capital (VC) is also poised to repeat its old patterns. Agri-food tech startups promise to save or innovate the world of agriculture, but can they? Or will the rush to invest result in millions of dollars and wasted resources? A new academic paper published in Agriculture and Human Values explores VC firms and their money-raising efforts, creating a type of gold rush in the agri-food tech industry. Read it here: Constructing agri-food for finance- startups, venture capital, and food future imaginaries.

It’s not just climate change that’s seen delays and obfuscation from business-as-usual lobbyists.  Independent think tank Influence Map, recently released a pilot study demonstrating industry associations’ engagement on biodiversity-related policy and regulations. Inside, the report shows that “industry associations representing key sectors and some of the largest companies in the world are lobbying to delay, dilute and rollback critically needed policy aimed at preventing and reversing biodiversity loss in the EU and US.”

The final arrangements for CAP 2023-2027 have delivered, as we have reported on extensively here, a thoroughly mixed bag, and one which often overlooks the needs – and benefits –  of the smaller agroecological producer.

Well, here are two little pieces of good news on that front, from France and Ireland. In both cases small is beautiful.

In France, small mixed horticulture holdings  – under 3 hectares in particular – are set to receive new, dedicated supports; in Ireland, not only have CAP organic horticulture payments for the next period doubled, there is an annual payment for being in the scheme of E1400. Growers operating on under 1 ha who can show they are viable commercially can avail of this too. When it comes to organic farming, France has seen an ongoing battle to retain the supports that helped precipitate a positive period of growth. Ireland saw years of very little support, but now, organic farming has a suite of supports for 2023-2027, unlike any period previously.

Small and diverse is worthwhile of and in itself; moreover, some of these organic producers will invariably grow from this small base with this support.

But this is all small change, when we see the world of CAP money more generally, of emergency EU agri-cash which occurs concurrently with fertilizer company profits; when we see the work of lobbies and venture capital money, we know that only so much change can come from within. Deep breaths…as climate change bites, deeper system change is sorely needed.

COP26 | Gender Day – Othering The Soil, And Other Climate Blindspots

More Food less Feed – Agriculture and the War on Ukraine

The Dutch agricultural miracle comes with a downside too, but there are agroecological approaches – even in this most urban of nations – that resonate with the call for a living countryside. […]