CAP budget cuts? No, that’s just inflation. An EU Roundup on CAP financing, on pesticide’s –  exposure to them, citizen action, facts and figures from a new Pesticide Atlas – and a vision and an action for the canteens of tomorrow. With Ashley Parsons

Inflation could slash the CAP budget

The rising inflation rate is not just a today problem, but a problem that will see long-lasting effects. Last week, Farm Europe published a report suggesting that the real value of the CAP budget could be reduced by nearly a third by 2027, given the rate of inflation. The current budget is for 2023-2027, and was conceived using a 2% rate of inflation. But as of early October 2022, the rate of inflation is 10% averaged across the EU, with countries like Poland (14.8%), Czech Republic (17.1%) and Hungary (18.6%) reporting startlingly high rates.

Commissioner Timmermans reassured that CAP payments would account for the gaps in farmers’ incomes. But if the value of the budget is cut by a third, where will cuts in the CAP be made? The report calls for the Commission not to use rising inflation as an excuse to cut funding for the Green Deal.

Using CAP payments to keep farmers afloat is a tricky subject. ARC2020 CAP analyst Mathieu Willard explains deeper: “Not all farmers are influenced the same way, and not all countries rely on the CAP to the same degree to make payments to farmers. It would be interesting to try refinancing in a more targeted way sectors or regions that are most impacted by inflation.”

This is one solution, but, Willard continues, “if inflation continues like this, then the whole CAP budget would need to be adjusted for inflation. The CAP is not the cause nor the solution to the challenges facing agriculture today. Priority should be placed on CAP financing that puts in place measures that support farmers who want to change their production systems to respect environmental goals.”

Should inflation decimate the CAP budget, the Commission should be wary before cutting funding to the Green Deal initiative to reduce pesticide use in the bloc.

Good Food Good Farming has released the results of a 300+ citizen wide “pesticide checkup,” which tested the concentration of pesticides in participants’ hair samples. While farmers, farm workers and the rural population are the most affected groups, pesticide residues were also found in the hair of people living far away from agricultural areas. Nearly 1 in 3 (29%) of samples tested positive for at least one of 30 pesticides. The top 3 pesticides detected were: the herbicide Prosulfocarb, the fungicide Tebuconazol and the insecticide Acetamiprid.

In June, after adopting the Regulation on the Sustainable Use of Plant Protection Products (SUR) initiative to cut all pesticide use in half by 2030, things have been more or less quiet on the pesticides subject. This changed last week, when a citizen’s initiative known as “Save Bees and Farmers,” reached over 1 million signatures and therefore must be addressed by the Commission by April 7th, 2023. The initiative calls for the gradual phasing out of 80% of the use of synthetic pesticides by 2030 and 100% by 2035, a restoration of biodiversity on agricultural land, and financial support for farmers to transition towards agroecological practices. François Veillerette, spokesman for Générations Futures, one of the organisations responsible for the initiative said, “the message is clear: the end of agriculture’s dependence must now take place!”

At the same time, a coalition of NGOs that includes Heinrich-Böll-Stiftung European Union, PAN Europe, Friends of the Earth Europe, BUND für Umwelt und Naturschutz Deutschland and  released an up-to-date Pesticide Atlas resource, that reveals in detail the impact of pesticides on human and environmental health. 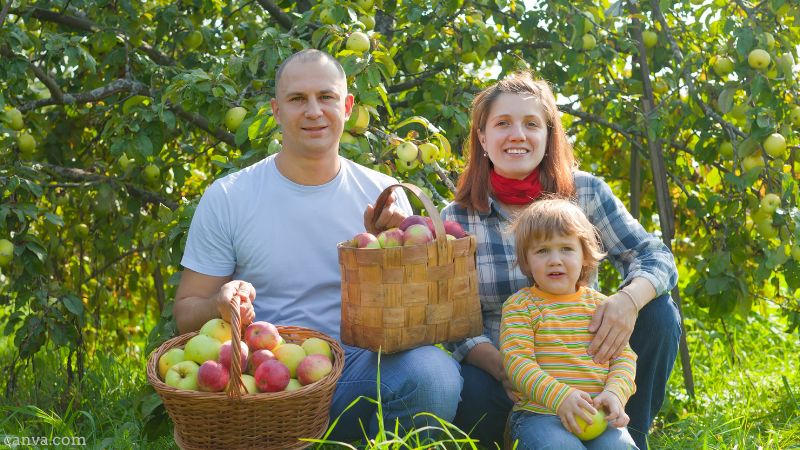 The ICLEI – Local Governments for Sustainability, in collaboration with over 20 NGOs released a Manifesto for Establishing Minimum Standards for Public Canteens Across the EU. Inside, a call for better animal welfare and more plant-based food. Drafted using a framework from the EU Policy Coalition, the document is a roadmap full of action items like minimum organic grown and agro-ecologically grown food requirements. Other requirements include creating menus that use seasonal ingredients and that adapt to certain nutritional requirements.

Like a food web in nature, each of these systems that connects how we grow, distribute and consume food has an important role to play in the agro-ecological transition. Big food has disrupted the equilibrium we need to survive, but with all actors engaged, there is still space to recover.

What others are saying… […]

After the #AfterCAP Debate | Where Now ?

Wrapping up this third curated debate, we in ARC2020 begin to draw elements of a road map for how the Common Agricultural Policy could evolve. The timing is perfect – the European Commission has recently launched a consultation on modernisation and simplification of the CAP. Let’s use this #AfterCAP debate as a springboard to delve deeper into Europe’s agri-food and rural policies. […]

While it can feel undeniably overwhelming at times, its also important to remain informed and focused on how we can achieve better food, farming and a rural space – even in our new context. Much of the last month has been rightly focused on going back to basics – food, shelter, medicine. If we must go back to basics, and refocus on primary production, so be it. So what does this mean? […]