On a misty morning in 1958 Sara checked her dowry chest with great emotion. It was the day of her wedding and her family was making the final preparations for what would be a sacred day in the life of two humble peasant families from northern Transylvania, Romania.

The chest was almost complete. It contained the pillows and sheets she sowed, celebration clothes, and blankets and rugs which she had prepared since childhood. The whole village witnessed as she stepped outside to meet her soon-to-be husband, Soos Marton, a proud man, looking confidently towards the life they would build together. His dowry was the land and animals received by his father, as well as the knowledge gathered cultivating the land of his family. As they exchanged vows, in front of God, society and nature, Sara’s mother stepped towards them, bringing “hope” for the young couple, according to the customs. She placed a bag of seeds into the chest, uttering words of blessing. 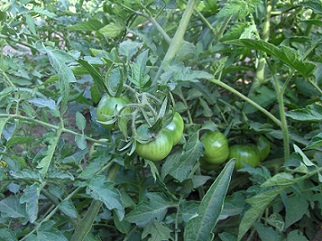 My grandmother, Soos Sara, cherished these seeds all through her life, cultivating and saving them from year to year. She told me stories about the corn that fed her village during the Tatar and Turkish raids of the medieval ages, the cucumbers called “schmackhaft” (tasty) by the German soldiers who marched through the village in the middle of the second World War and she always ended with the “must have” of a Romanian peasant, the purple ox-heart tomato. This almost mythological vegetable and fruit at the same time, which managed to link whole communities and continents with its amazing taste and adaptability traits.

“It’s a sturdy breed”, she said. “I remember one year, right after Ceausescu fell, we had the most terrible drought. In the worst time! Nobody knew what would happen, but we all had to eat. The large ex-communist farmlands around us were almost burning from the heat, not a sight of green. My tomatoes were blooming in the garden…seeds saved people then,” she sighed.

Through Eco Ruralis, an association dedicated to supporting Romania’s small farmers, I committed myself to become a guardian of people like my grandmother, simple and dignified, connected to the land and never taking more than they can give back. True botanists of nature and agricultural biodiversity.

In November, 2011 as I was preparing for an International Seed Exchange in Senegal, Africa, my grandmother rested on what would be her dying bed, aged and tired, tried by time and burned by the sun. She whispered her wisdom, teaching me traditional cultivation methods, explaining how to care for the tomato, how to keep the seeds, when to plant them, how to prune them. I took those lessons with me on my long travel, as well as the seeds. 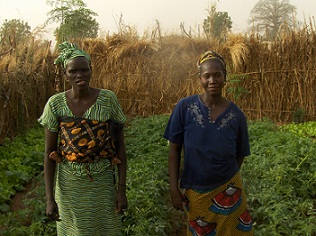 During the Sub-Saharan Seed Exchange I was given the chance to meet and swap seeds with several peasants from Western Africa, learning their stories and struggles. One of these peasants was Markoto Kamara, a peasant and administrator of UCEM, a small peasants association from Djimini village and its surroundings, in Senegal. He listened with great admiration the story of my grandmother’s seeds and found that we have a lot in common as Senegalese peasants share the same dedication towards land and the diversity it holds and feeds them. We swapped seeds and the Romanian ox-heart tomato found a new guardian through the peasants of Djimini-Kolda, Senegal. 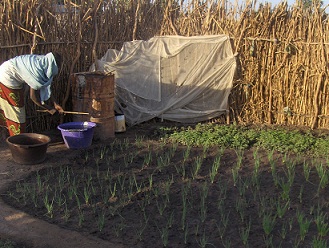 oos Sara’s heart stopped beating one February morning in 2012, not living to witness another blossoming of her seeds of hope. Her life lessons were not written down, as the harsh times she lived did not teach her how to read or write, but her spirit, her stories and life-long dedication to farming is still alive in people’s gardens…in the Eco Ruralis peasants gardens in Romania, where each spring, Sara’s tomatoes bloom to announce another bountiful year, or the seed gardens from Djimini, named “Ecorurali” by the peasant women cultivating seeds of hope for the generations to come.

Every year since 2004, Roşia Montană has hosted the FânFest (The Hay Festival). […]

EU members have the right to ban GMOs. What will Romania do?

With the GMO free regions event in Berlin on right now, Ramona Duminicioiu assesses GMOs in the EU and Romania
[…]