As many as half a million UK citizens now rely on food banks and food parcels, according to the authors of Walking the Breadline, a study published by Oxfam. The Trussell Trust, one of the largest food aid charities in the country, estimates that 350,000 people depend on its services and is expecting demand to increase in coming months. 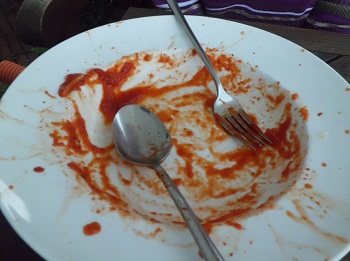 The Salvation Army welcomed the report, saying that the charity: “…agrees that food poverty and increasing reliance on emergency food is not sustainable.” It adds that: “…our local churches are seeing unprecedented demand for emergency food.”

Walking on the Breadline links some of this increase to unemployment, low and falling incomes, as well as rising food and fuel prices. As many as one in two food aid seekers are doing so because of delays or cuts in benefit payments, or even their withdrawal. The authors warn that: “the benefit sanctions regime has gone too far” and is leading to widespread hunger and hardship.

n a bid to bring some facts to a heated discussion that has yet to cover food production, Food Research Collaboration academics Dr Victoria Schoen and Professor Tim Lang have released a briefing paper to inform discussions of the food issues that membership of the EU raises for UK citizens. […]