Anger is mounting in rural Ireland at what is perceived to be a sell-out of small farmer interests by the major farmer organisations and Minister for Agriculture Simon Coveney. Last Saturday 15th March, farmers from the UFA – United Farmers Association – gathered in stronghold town of Ballinlough in the west of Ireland for what was a lively meeting.

Chief among these farmer’s concerns are payments, and what they see as unfairness in how CAP monies will be distributed. They claim if CAP reform proceeds as Minister Coveney wants, this will result in a financial imbalance, or bias, towards the wealthier farmers in richer parts of Ireland with better land. An cruel irony is that  farmers in places with better land may end up actually doing less work to be considered active.

Another curious conundrum is the fact that small farmers are actually the majority of farmers in Ireland, and that this majority will loose out with CAP payments as preferred by the main farmer organisation the Irish Farmer’s Association (IFA) and Minister.

Ronan Kelly, one of the event organisers, told Irish farming website  agriland before the meeting “Farmers need to understand the importance the CAP Reform will have on their business. We will be asking them do you want a fairer distribution of the single farm payment, a meaningful environmental scheme, a voice for young farmers, a fairer price for produce.”

Correspondent Oliver Moore reported on the simmering undercurrent of disquiet from both small farmers and from environmentalists on Arc2020 previously, on more than one occasion. Behind the outward appearance of a thriving agri-food sector, the push to maintain unequal payments levels, via partial convergence, will ensure the rich stay rich.

The Farming Examiner reported recently that “a 30,000-signature petition is part of a campaign by the Farm Family Rights Group (FFRG),  for a better CAP outcome”. This organisation, led by Donie Shine, have stuck a chord with small to medium sized farmers in rural areas. Low agri-environmental payments are a particular concern of this group. Editor of the Farming Examiner Stephen Cadogan reported FFRG’s Donie Shine railing against the low level of payments for GLAS the new proposed agri-environment scheme. GLAS’s typical payment is  just €5,000, far lower than a previous scheme, called REPS. Thus, the financial incentive to enter the GLAS scheme will be minimal.

Meanwhile, the former party of government in Ireland Fianna Fail have aligned their public statements and CAP manifesto to the interests of the kind of smaller farmers represented by the UFA and FFRG, as their CAP policy paper, launched in January 2014 shows.  However, a detailed reading of the manifesto shows that, in some respects, rural areas and small farmers may suffer were Fianna Fail’s policy recommendations to be taken seriously.

For example, a €300 million transfer from Pillar 2 to Pillar 1, as they propose, would take more out of the amount available to small farmers in agri-environment schemes. (Their solution to this however is to increase the government contribution to 50%, difficult to imagine in an economy still implementing austerity measures.) In other respects, the general emphasis in the document is towards redistribution, capping high payments and paying more for agri-environment schemes (€10,000 as opposed to €5-7000) , retaining higher LEADER funding and greater emphasis on young framers.

Critics have called this too little too late, to which Deputy O Cuiv replied “I’ve received written confirmation that the earliest relevant notification date for the Department in relation to the carve up of Pillar I here in Ireland is August 1. That means that we still have time to reshape the Minister’s current proposals, if the required support is present at grass roots,” the Farming Independent reported. 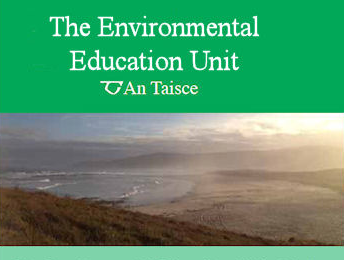 Environmental group An Taisce – Ireland’s National Trust – may at times make unlikely bedfellows with small farmers. However they too have railed against intensive farming,  the current CAP plans, and indeed the power of the IFA.

Their submission to the Department of Agriculture “advocates targeted, outcome-based agri-environment schemes which are integrated at a regional scale. This approach is strongly supported by research and practice elsewhere in Europe. This would mean putting more time and resources into the development of plans for each individual farm” they point out, but this would more likely lead to more positive outcomes for the environment and rural areas.

“Environmental assessment carried out for the Department of Agriculture predicts negative impacts in terms of water quality, greenhouse gas (GHG) emissions and biodiversity” with government growth plans for agri-food in general and diary in particular, they complain, yet there is no plan to change this growth trajectory. 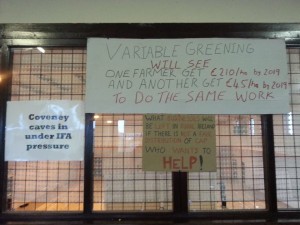 Interestingly, just how the IFA generates a huge part of its income  is also brought to light by the environmental charity in the Irish Examiner interview.”The IFA is very well-funded, owing in part to a levy imposed on every animal sold at Irish marts and factories. This is an optional levy but it’s described opaquely as the ‘European involvement fund’, so most farmers don’t realise where it goes or that they can opt out. The levy generates millions each year for the IFA. There’s now a head of steam behind a campaign for smaller farmers — i.e. the vast majority of farmers — to opt out of paying this levy.”

In the Dail – Irish parliament – Independent Deputy, west of Ireland man and member of the technical group Luke Ming Flanagan gave a typically impassioned speech about the unfairness of the CAP proposals as currently being driven by the powers that be. You can watch it below.

Certainly pressure is building on the business-as-usual consensus. But will it be to even slightly divert the agri-industrial juggernaut? 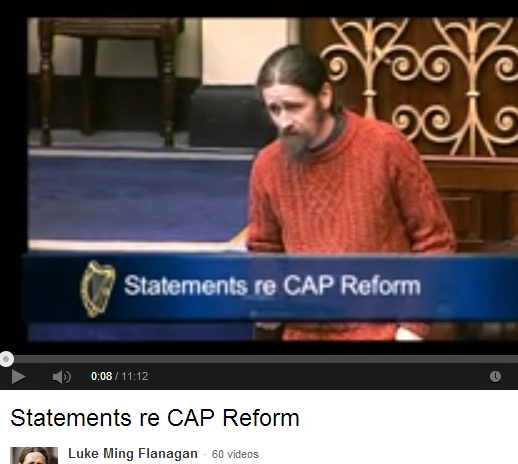 IFOAM EU and FiBL claim that their CAP plan is “a more effective and cost-efficient” as it will integrate “sustainability assessment in the design, targeting and monitoring of policies and in payment allocation.” And this more targeted, clear, performance-orientated CAP will be accepted by “both farmers and citizens.” […]

With many farms specialising, mixed farming in Ireland is now at only 3%. This compares to an EU average of 21%. Such specialisation has made Ireland vulnerable to global events as it relies heavily on feed and fertilizer imports for an export driven agri-food sector. Meanwhile, there has been a deterioration of ecosystems and a failure to reach climate targets. So what level of agri-food diversification is possible – and desirable – in Ireland? […]

re:CAP | Risks and the Rural World

What do the most effective rural development policies look like? What role might risk management play in that? We speak to Christian Rehmer (BUND, Friends of the Earth Germany), Aurélie Catallo (Pour Une Autre PAC), Ulrich Jaspers, AbL and Die Verbände-Plattform and Ariel Brunner and Harriet Bradley (BirdLife).  […]