The Trans-Atlantic Trade and Investment Partnership (TTIP) is not a good deal for Romania, period. After 3 rounds of talks it is very apparent that the sole European negotiating body in this proposed deal, the EU Commission, does not want the process to be transparent. Many of the proposals and hurdles to a possible agreement have been cloaked in secrecy. Only occasionally have both sides opened up about certain aspects. 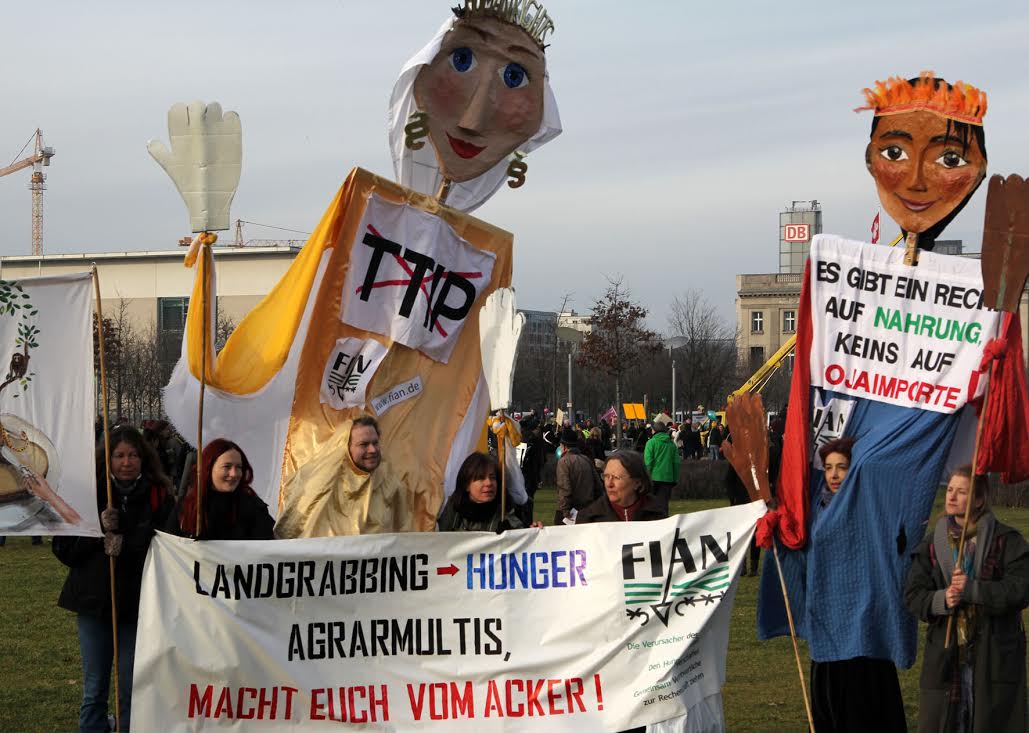 Former Romanian Minister of the Economy Manuel Donescu claims that in March of 2013, the government launched a public debate on this issue. They have not elaborated on how they actually conducted this “public debate” or consulted the public. According to Donescu, there was not much public interest in the subject and the Romanian government cited low public participation or input.

Ioan Ladosi, President of the Pork Producers Association of Romania, was recently interviewed about the TTIP. He says that his association was not consulted by the government in March and he first learned about this in June of 2013. When he found out, his association approached the government with its concerns. He believes that the negotiations regarding agriculture are the most sensitive part of the deal. His main concerns center around the differences in animal feed standards between the EU and the US. Ladosi says that US pork businesses have much lower production costs than their European counterparts. Annually, he meets with US pork producers and understands why they would welcome a deal like the TTIP. Currently, there are huge tariff barriers in this industry. Eliminating tariffs on all agricultural products, which the TTIP proposes to do, would allow the US to saturate European markets with low cost food alternatives. The U.S. has very little pork exports in comparison to the EU and this deal would provide a much bigger market.

Animal welfare is also a real concern. In the US, the chemical Ractopamine is used as a food additive in animal feed to promote leanness among animals that will be sold on the market. Many countries around the world have banned this due to their belief that it is unfit for human consumption and is believed to cause injuries to sheep, goats and pigs in the final days before slaughter.

Some Romanian peasants sell pork regionally and there is already competition from pork imports that come from other EU countries. A new influx of US imported pork will almost certainly crush the economic viability of peasant sold pork products. But wait, peasants sell other things too. They sell all kinds of vegetables and fruit at local markets. And what about dairy products? Are peasants going to gain a new large market in the US for milk? The answer is no. It is easy to see the dangers for peasants in this deal.

GMO’s are a huge concern too. The US produces prodigious amounts of GM soy and corn products. This is used in all kinds of packaged store bought food products as well as in animal feed. All sorts of questions about GMO product labeling come to mind if such a deal is struck. Dan Cismas, a member of the Romanian peasant association Eco Ruralis, said “GMOs do not make me or my cattle healthy. And what about jobs, they say this is going to create so many jobs … where? People I know will lose the ability to sell the few products that they do have. This isn’t a good deal.”

Eco Ruralis has a particular stance on this issue. They believe that food sovereignty is essential for food security.

Put simply, the TTIP would cause European countries to lose independence and control over food safety.More power and influence would be handed over to corporations and that is unacceptable. No amount of benefits to any economic sector in this trade deal will be more important than protecting the health of Romanian and European citizens.

Poland | The Biosecurity Battle with African Swine Fever on Farms

Since crossing the EU’s Eastern borders more than half a decade ago, African Swine Fever (ASF) has continued its march westwards. Igor Tomasz Olech walks us through the biosecurity measures brought in to curb the spread of African Swine Fever in Poland. […]

Planning for local food supplying public procurement is something of a farce, Peter Crosskey points out, with TTIP in the background. […]