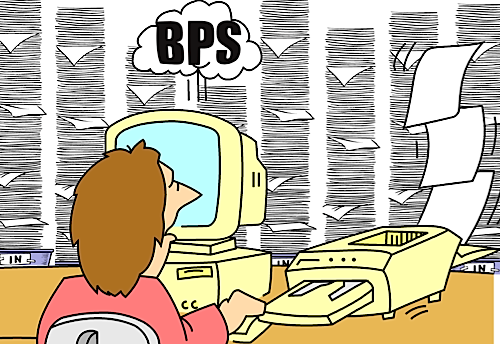 With just seven weeks to go before the May 15 deadline for applications under the Basic Payments Scheme (BPS) the UK government has climbed down from its dogmatic commitment to digital by default. The Rural Payments Agency (RPA) will still require farmers to register online, but is making preparations to input data from paper forms.

RPA chief executive Mark Grimshaw welcomed the possibility of more time for BPS claims, with the European Commission’s offer of an extended deadline of June 15. This was made by European agriculture commissioner Phil Hogan.

According to the RPA, “over 80%” of English farms have registered. Meanwhile, the RPA is providing mobile units to reach isolated farmers, in addition to its 50-strong network of drop-in centres. Around 15,000 eligible farmers still need to register.

Tenant Farmers’ Association (TFA) chief executive George Dunn expressed his relief that “DEFRA has at last accepted the need to abandon its plans for online only applications,” adding that “…the RPA has been left to pick up the pieces.” During the past few weeks, his membership has been complaining about the “…faltering, stuttering and incomprehensible IT system that DEFRA delivered to the RPA. Despite the continuing assurances that the system would be fit for purpose, there have quite clearly been significant doubts within the RPA for a long time,” Dunn explained.

National Farmers’ Union president Meurig Raymond declared that: “It is clear that the situation has become untenable for our members who are justifiably frustrated, angry and anxious about the developing situation and lack of functionality and communication. This has been made increasingly worrying and costly for our members as time is running out and the day-to-day business of farming cannot be put on hold nor can we waste any further time at this critical period in the farming year.”

The NFU supported the development of digital by default, forgiving past failures. “The NFU encouraged members to register onto the new system in good faith, but we have been let down time and time again. We know that some farmers have already spent hundreds of pounds on agents’ fees and this is an unacceptable situation. The failure of the mapping capability of the systems has been a particular bugbear to our members.”

The mapping module was withdrawn at intervals for revision, before being taken down. Attempting to redefine how many decimal places to return for area calculations suggests fundamentally flawed structure rather than a running repair. Farm management consultant Anthony Weston tweeted this about a mapping anomaly: “Hi @trussliz anyidea y @Ruralpay have put 0.64ha of features in a 0.52ha field?” Livestock farmer James Small tweeted that “Lambing [is] much less stressful than #bps2015”

Ministers of agriculture from Estonia, Latvia, Lithuania and Poland sign joint declaration on future of CAP ,calling for full convergence of direct payments. […]

While one third of Member States missed the deadline for submitting national strategic plans for the CAP (CSP), we find Belgium (comprising Wallonia and Flanders), still seemingly bogged down in the last details of the CSP, trying not to set yet another record in negotiation length. Will Wallonia ask again for a derogation on coupled livestock support, and how will the eco-scheme on extensive grazing fare with more coupled money into livestock? […]