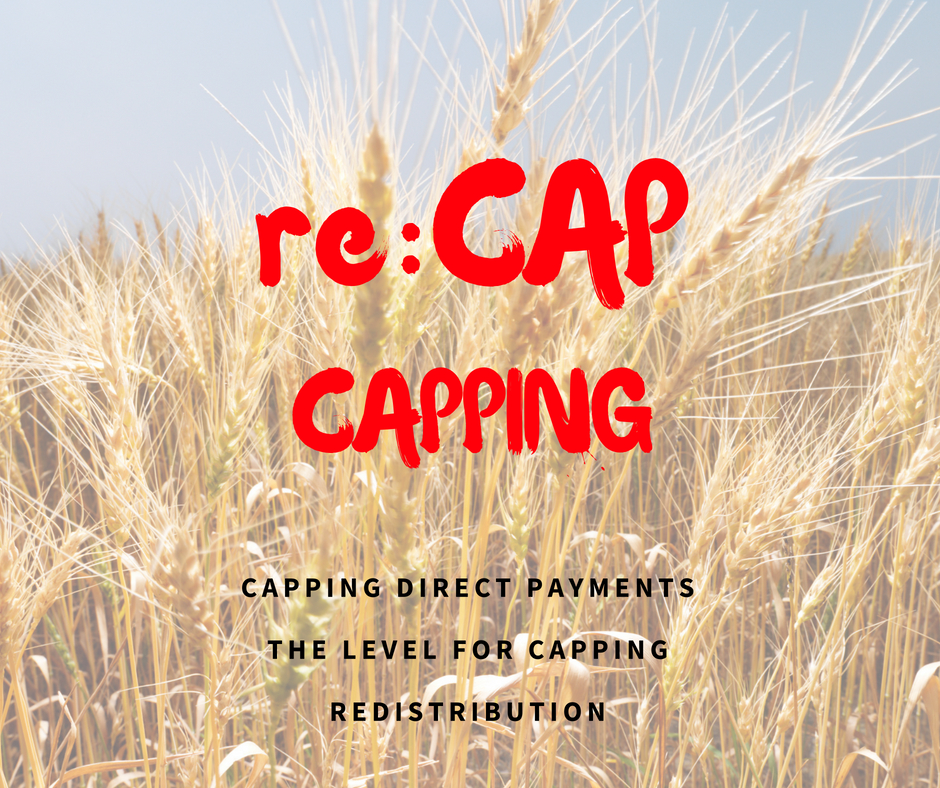 In the second entry of our re:CAP series we return to We return to Christian Rehmer (BUND, Friends of the Earth Germany), Aurélie Catallo (Pour Une Autre PAC), Ulrich Jaspers  (AbL and Die Verbände-Plattform)  and Ariel Brunner and Harriet Bradley (BirdLife) to talk capping. In the budgetary proposals for the next CAP post-2020, released by the European Commission on 1st June, direct payments were proposed to be capped  at – that’s limited to a maximum of –  E100,000. Whilst promising at first glance, this is already an increase from the initially proposed E60,000 cap – just a short time ago. What are the implications of such a cap? Where should the cap be placed? How should that be decided?

From the March 2018 statement of the Verbände-Plattform on the Commission Communication:

It proposes the closer examination of both a compulsory ceiling for direct payments, the introduction of degressive payments, the increased use of a payment mark-up on the first hectare per holding and the restriction of potential beneficiaries to “real” farmers. At the same time, the EU Commission wants to further align the different payment levels between the member states.

These proposals confirm the Verbände-Plattform’s longstanding criticism of the unfair distribution of payments. The platform reaffirms its demand to completely replace the flat-rate per-hectare payments with a targeted remuneration of social services provided by farmers, whilst focusing more concretely on small and medium-sized farms with a diverse structure. Instruments such as increasing the first-hectare premium and capping payments, taking into account the people working there, can make sense. Funds thus retained must be made available to the Member State for environmental, climate, nature and animal welfare measures.

The associations also refer to the report of the European Economic and Social Committee, which has called for this: to grant direct payments exclusively to active farmers who provide public goods and services, that a fair and reasonable upper limit is set for the individual farmer for direct payments of the first pillar based on the income of a skilled worker, whereby adjustments may be possible to take into account business partnerships, cooperatives, agricultural enterprises and the number of employees subject to insurance”.

Capping as proposed, is fake (see the Alan Matthews’ analysis). A recent German study shows it would not work anyway. As long as the purpose of direct payments is not clear, you are stuck. Income support should be means-tested and environmental payments should deliver. Politically, we would probably have to support capping but it’s mostly a red herring meant to keep the money going to the same people.

Beyond the reports, declarations and conferences, ARC wants to know where the key NGOs, farmer organisations and civil society groups stand on the particularly pertinent CAP questions.  Accordingly, ARC has reached out to some of the key organisations and individuals involved to ask them. The result? Our short new re:CAP series. In this series, we ask a range of stakeholders seven questions. We wanted to know, specifically: