The war in Ukraine has sharpened the EU’s focus on food security, farm and trade policies and how the Union manages its stuttering adjustments towards the EU Green Deal. This war has also underscored the importance of  genuine and progressive engagement with the Western Balkans, a region with its own simmering political tensions not unrelated to the wider conflict. As agricultural ministers meet this week there was progressive momentum too in the region – to engage, to connect to EU institutions, but also to help lead on a greener farming agenda for Europe. Hannes Lorenzen, who participated in the meeting, has more.

At the Ministerial meeting of agricultural ministers, which took place on 4 and 5 April in Berlin, Ministers from Albania, Kosovo, Moldova, North Macedonia, Montenegro, Bosnia and Herzegovina, Srpska, and Serbia, as well as and observers from Germany, Bulgaria, Slovenia, Croatia, Austria, Hungary, Italy, had a lot on their agenda.

The meeting emphasised the need to keep food markets open and to adjust farm policies to secure supply with all food and farm products. Ministers however also expressed the need to swiftly implement the Green Agenda for the West Balkan region as a condition for sustainable agricultural development, food security and rural development. This Green Agenda integrates climate action and other EU Green Deal priorities into the EU accession process.

The ministerial meeting had been hosted by German Federal Agricultural Minister Cem Özdemir in the framework of the so called Berlin Process for the West Balkan, and the ongoing Agricultural Policy dialogue, with a focus on the Green Agenda for the region. The West Balkan Green Agenda includes an Action Plan on climate, energy, mobility, circular economy, de-pollution, sustainable farming and food systems and biodiversity protection, of which the last two action points fall into the responsibility of agricultural ministries.

The West Balkan Green Agenda, which takes up the EU’s Green Deal, Biodiversity and Farm to Fork strategies, had been adopted in the ‘Sophia declaration’ of the EU summit in October 2021. For that purpose, Western Balkan countries receive EUR 9 billion in grants and EUR 20 billion in investments until 2024 as the first indicative timeframe for the harmonisation with the EU Emissions Trading System.

The Agricultural Policy Dialogue on farm and rural development cooperation in the Western Balkan countries was started in 2014 and is facilitated by the Standing Working Group (SWG) for South East Europe. It regularly gathers all Ministries for Agriculture and Rural Development of the West Balkan region, including neighboring observer countries, in order to further strengthen regional cooperation and to facilitate the preparatory measures for EU accession with policy analysis and scientific studies. German cooperation facilities offered by the Federal Ministry and cooperation services GIZ are supporting these actions. 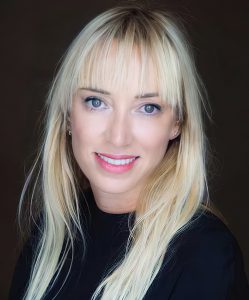 Frida Krifca (left), Minister for Agriculture and Rural Development of Albania and current President of SWG sees opportunities in European engagement. Speaking with Minister Cem Özdemir  she  noted “while our people and our farmers try to cope with the rapid change affected by global concerns, we look at Europe as the community that embraces our vision for development and enlarges our spirit and perspectives. You made us feel connected and welcomed.”

The Albanian Minister added: “For years those who do not believe in bridges of cooperation but in the walls of division have used a wide range of historic, ethnic or even and social examples why we cannot cooperate with each other. The fact of the last weeks showed that they are completely wrong. I believe that we do not have a choice to cooperate, we are obliged to do so. Albania has been and remains firm on this conviction and we appreciate the cooperation within the Berlin process, a platform set up for high level cooperation among Western Balkan countries.”

Boban Ilic (below) is the General Secretary of SWG. Ilic noted the role the German minister played in this meeting. Expressing his thanks to the German Minister for his support, he added: 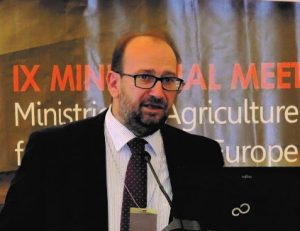 “We feel strongly encouraged by this important meeting to prepare for an accelerated accession process of our region to the EU. The support by the German Federal Ministry for Agriculture, Food and Rural Development in our Agricultural and Rural Policy Dialogue, and the institutional, strategic and partnership building is highly appreciated.”

It was also expressed by SWG that the EU should consider treating the Western Balkan countries as member states in relation to the participation in the EU programs for Agriculture and Rural Development as well as other initiatives and groups in agricultural sector  – AKIS, soil partnership, climate change  – and support their participation as fully fledged members in those programs.

With regard to the new challenges of the war in Ukraine and respective repercussions on the farming and food sector, ministers and participants expressed the need to speed up the integration process of the Western Balkans into the EU. The need for gradual institutional integration, within a limited bridging period was emphasised, with a clear timeline and roadmap for full operational membership by 2025 . They also expressed the need to further strengthen the EU’s support in the field of agriculture and rural development.

Another dimension that emerged strongly was the importance of environmental synergies between the EU and the Western Balkans. As emphasised by Boban Ilic of SWG: “We share the important ambitions of the Green Agenda for the Western Balkans which will guide us to respond to the multiple crises we face, from climate change, biodiversity loss to food security. In this context we also look forward to improved transborder and regional cooperation and intensified cooperation with the European Commission.”

Concluding the meeting Minister Cem Özdemir expressed his commitment to continue the support for the dialogue process and to help accelerating the EU accession process. 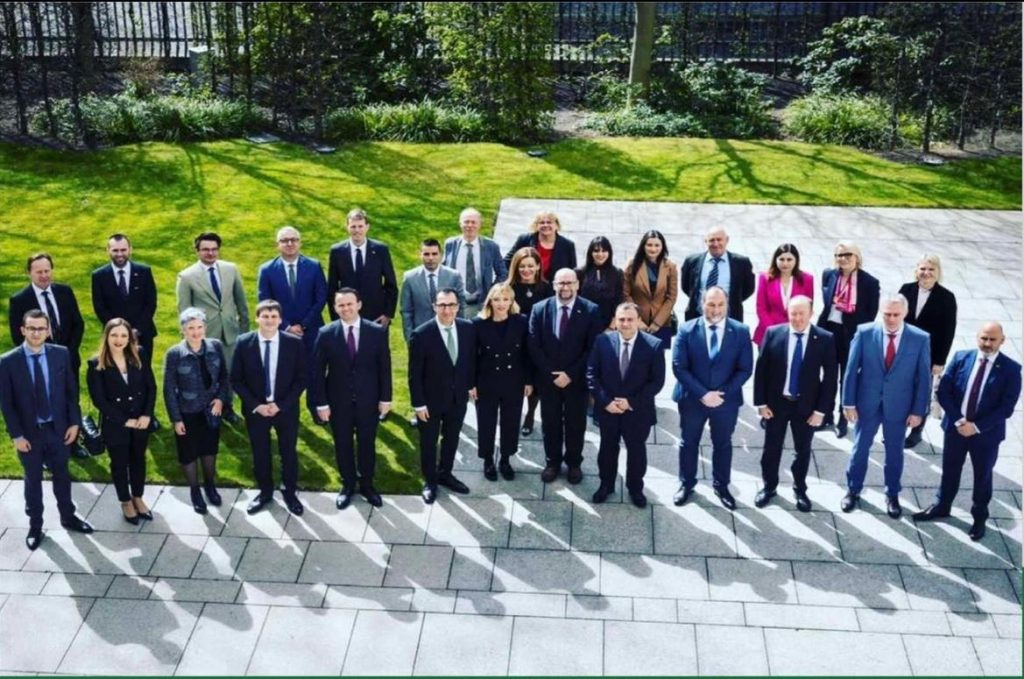 “The climate crisis and the global biodiversity loss are global crises that pose an existential threat to each and every one of us. In late 2020, the governments of the Western Balkan states met at the Berlin Process Summit, which was jointly hosted in Sofia by Bulgaria and North Macedonia, and adopted the Green Agenda for the Western Balkans, sending a strong message that you want to embark on a collective path to make your economies and hence the agricultural sector modern, climate-friendly and resource-efficient. I want to support you in this endeavour and I urge you to continue along this path, despite the worsening conditions at the moment!”

More information on the Standing Working Group (SWG) for South East Europe can be found on its website. It was founded on the basis of a common wish to establish an organization for sustainable rural development in SEE. As an organization the SWG “is a non-political body, acting in a spirit of friendship and good neighborliness and enhances mutual respect and confidence, dialogue and cooperation among the Member Institutions.” As part of its cross-territorial work, SWG also runs the explore-balkans tourism initiative, which promote outdoor, eco rural and gastronomic visitor experiences.

This November sees the European Rural Parliament (ERP) 2015  gathering, to be held in the beautiful small town of Schärding in Upper Austria. This three-day event, with one day of study tours in regions surrounding the venue, followed by two days of workshops and plenary sessions. The aim of the European Rural Parliament is To strengthen the voice of the rural communities of Europe, and to ensure that the interests and well-being of these communities are strongly reflected in national and European policies To promote self-help, common understanding, solidarity, exchange of good practice and cooperation among rural communities throughout Europe. This event will culminate in the adoption of a European Rural Manifesto and supporting Report, aimed at both rural communities and governments throughout Europe and at European Institutions. Over 300 people from 40 countries will attend, plus other leading rural organisations and invited representatives of the European Commission, the European Parliament, and Council of Europe. The European Rural Manifesto, and supporting report, will be published and used to influence European institutions and national and regional […]

A book filled with “extraordinary examples of ongoing transformations of our rural world” was launched in the European Parliament this week. Key political stakeholders – including European Parliament President Roberta Metsola, Isabel Estrada Carvalhais, and Dacian Ciolos – agreed on the need to start to build a process to explore and develop ideas contained therein- including a radical new Regulation. So what are these ideas? […]