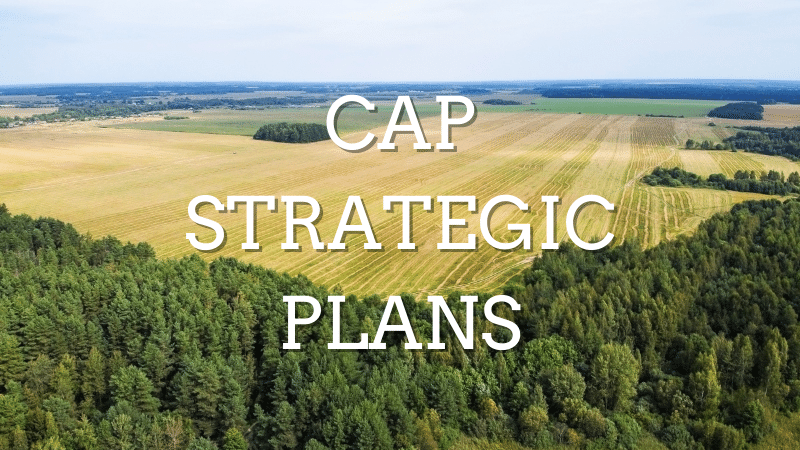 On March 31st, all 19 Member States that submitted their CAP Strategic Plans (CSPs) by the 1st January deadline received their awaited Observation Letters (OLs). In this article we discuss the implications of the Commission backtracking on a transparent process and explore the content of OLs that have been partially released.

Within the new delivering process of the CAP, Observation Letters (OLs) are the intermediate step towards final approval of the CAP Strategic Plans (CSPs). It is the opportunity for the Commission to interfere in the subsidiarity and ask for improvements on both Pilar I and II. Overall, the goal is to make sure that the CSPs are complete, consistent and coherent with the EU regulation on Strategic Plans and effective in contributing to the specific objectives of the PAC, touching upon environmental, social and economic challenges.

OLs are varying from 35 pages for France to 55 pages for Spain and highlight all the deficiencies of the CSPs, starting with key issues before focussing on detailed analyses. This detailed approached is much appreciated. Two weeks ago, we were criticizing the content of the assessment of CSPs, published by the Commission around mid-March, for being unspecific. This issue has been addressed. Even if legal obligation from the Member States to accommodate to those remarks and the next steps before approval are unclear, especially if Member States decide to adapt their plans with cosmetic changes and superficial updates, it was important for the Commission to show commitment to respecting the key objectives of this new CAP programming.

First, a note of process. Backpedalling from the Commission on transparency promises has already sparked many reactions. Firstly, different Directorate-Generals (DG) were charged with drafting OLs. For example, DG SANTE had the task of writing comments on the relevance of the CSPs concerning reduction of pesticide use. The final products were expected to be presented to the College of Commissioners on March 30st before being sent to Members States. However, this item was taken off the agenda at the last minute[1], with DG AGRI officials recalling that there was no legal requirement for those technical documents to go through college.

Shortly after, AGRI Commissioner Wojciechowski announced that the OLs would not be published publicly as intended. As for many regression in recent weeks in the agri-sector, such as the derogation to produce crops with pesticides on fallow and ecological focus areas or the push from the Dutch delegation for a derogation on the Nitrate’s Directive[2], this delay was justified by the consequences of war in Ukraine. Commissioner Wojciechowski explained in a letter sent to all 19 Member States that they had three weeks to comment on the OLs in order to express concerns and highlight changes that would contribute to align their CSPs with the new communication on safeguarding food security and reinforcing resilience of food systems. The OLs would then be published publicly, with or without the Member State’s comments. 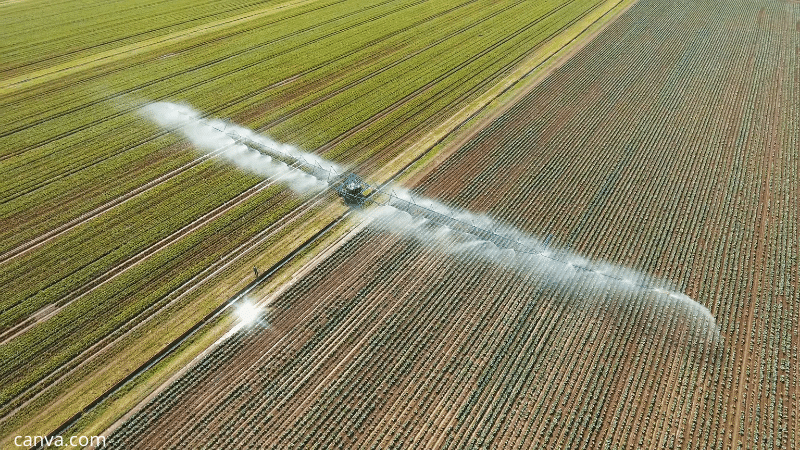 It is hard to find sense in using the invasion of Ukraine as an excuse for postponing the public release of the OLs. Comments from the Commission will not change in the next weeks and stakeholders and civil society have the right to access and evaluate the Commission’s observations in the light of all recent events and debates on food security. Moreover, the OLs seem to propose changes that would be supported by many environmental stakeholders whom would back the Commission against agri-lobby pressure. The not-commented OLs contain the original requirements that would have been asked of Member States, but which might now be watered down for various speculations on food security, with limited time left for any kind of public debate to determine those choices.

Fortunately, some Member States seemed to disagree with the Commission’s decision and already acted by making their dedicated OL public. Sweden, Spain, The Netherlands and Italy’s Observation Letters have already been published online, one after another. We could thank the snowball effect but this also shows that at least some Member States agree that they can only gain from initiating debates through full transparency. We encourage all other member states to follow their example. Other OLs are already starting to leak, such as the French OL, published by the media Contexte. (NEW 06/04/22 – updated link for French OL – Lettre-Observation-France)

Although unwilling to make the OLs public directly, the Commission still published a non-exhaustive resume of the OLs. This resume is more or less conveying the same kind of information that was previously published in the assessment of CAP Strategic Plans, with the same flaws (e.g. no countries named directly in the statistics), but with the addition of the intentions of the Commission in answering some weaknesses of the CSPs. This resume thus gives us the opportunity to highlight what the OLs will cover and what are the global expectations to be had on possible progress towards a fairer and greener CAP.

Emphasis on the new context

When reading the resume, it doesn’t take a long time to find the last minute added bits related to the war in Ukraine. The Commission will take into account the circumstances due to Russia’s invasion of Ukraine and Member States are invited to comment on it. But it is hard to understand what the Commission is ready to accept. From Dr Jekyll to Mr Hyde, the Commission seems lost in its intentions. On one hand, as reported in the communication on food security, it appears that it will give the agri-lobby what it wants, from using financial reserves to support the livestock sector, to the allowed derogation to farm ecological areas while dodging alternative proposition such as using crops intended to produce biofuel to feed people. But once in a while, you’ll read that the Commission is dedicated to bring “to the forefront the integral link between climate action and food security”. 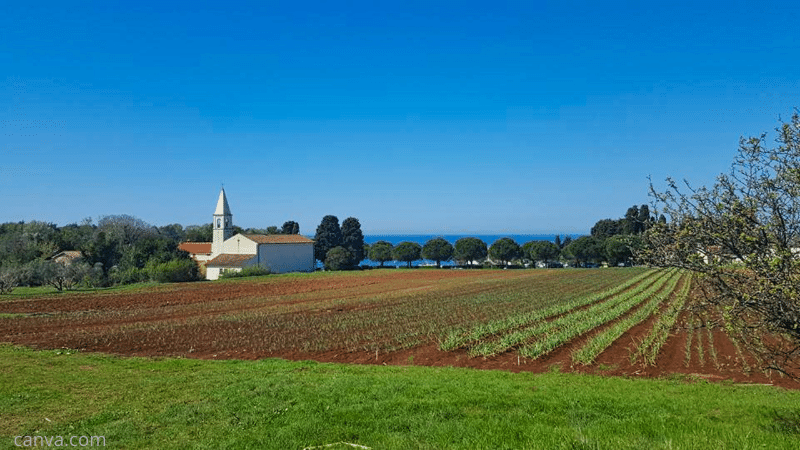 The evaluation highlights some concrete weaknesses in the CSPs:

One of the consequences of war in Ukraine is the risk and implications of dependency on imported animal feed, as it relates to overproduction and subsequent overconsumption of meat. The deficiency in feed autonomy, notably in protein crops, is also clear. It is therefore frustrating that the Commission seems to mainly ask for better justifications for the coupled support programs for livestock and consistency with the water framework directive (2000/60/EC) but is not requesting stronger accessibility criteria’s in terms of stocking density, or higher ambitions in terms of feed autonomy.

The Commission seems willing to ask for all Member States to comply with the minimum criteria’s for redistributive payments, provide clear criteria’s restricting the access to young farmer schemes in order to benefit all of them equally and demand clear inclusion targets for woman and LGBTQ+ farmers. We can only encourage them to maintain this ambition all the way through. Concerning capping and degressivity, the Commission can still use its leverage power to influence the Member States to achieve more ambitions.

To accurately evaluate if the Commission will be able to effectively increase the level of ambition of CSPs in reaching Green Deal objectives, we have to look at many factors. Some weaknesses in the CSPs as well as in the Commission’s requests can already be highlighted:

For example, the certification eco-scheme proposed in France’s CSP has been largely criticized for allocating the same funds to practices with varying ambitions (High Environmental Value (HEV) and Organic Farming. In the leaked French OL, the Commission  asks to increase the ambitions of the HEV label access criteria, or to differentiate them on the eco-scheme payment scale. 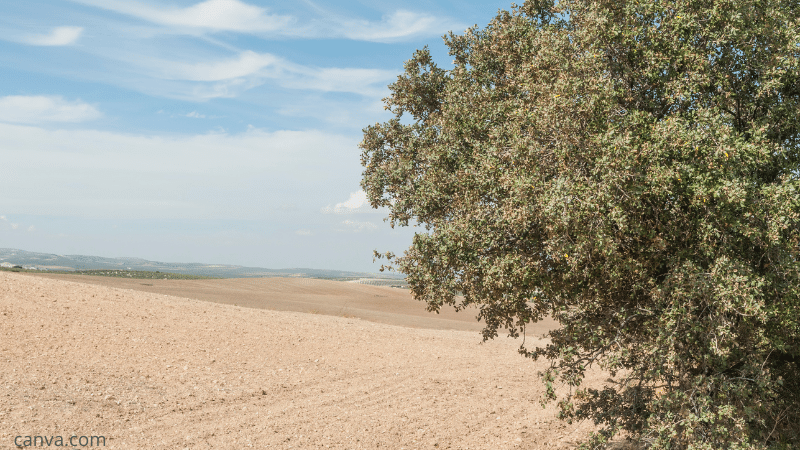 One of the main shortcomings repeatedly pinpointed by the Commission throughout the OLs is the lack of strategic approach and often a misuse of target and result indicators. With the increased subsidiarity in this CAP programming through the development of CSPs, the use of target, result and output indicators is central to achieving harmonious progress towards a greener and fairer European agriculture. Too often, the Commission asks for clarifications and better justifications, when  improving content is what is actually needed. Crucial needs in rural areas such as the development of attractive socio-economic conditions, development of village infrastructures and social inclusion are also missing from most of the CSPs. But the request for improvement of some eco-schemes, a few GAECs and redistributive payments among other measures are welcomed. Overall, the Commission produced thorough analyses and asked for many improvements that many environmental stakeholders were rooting for. With time running out, we hope that the Commission will have the opportunity and the will to enforce what it observed. The ball is now in the Member State’s court.

After five years of studying agronomy, it was time for Mathieu to get on his bike and discover the idyllic landscapes of rural France and Spain. After several stops at various farms, and dozens of encounters with farmers and peasants, Mathieu realised that once back in Brussels, he wanted to analyse and understand what shaped the future of the people who had welcomed him throughout his journey. As CAP policy analyst and animator for ARC2020, Mathieu will delve into the intricacies of the Common Agricultural Policy and propose analyses that would highlight the changes that European agriculture and rural areas need as well as the means to achieve it. In his work with ARC2020, he will work to connect the different stakeholders in CAP, to help build a better future for agriculture. "I believe that it is urgent to invest in rural communities to allow for the development of living, vibrant, economically and socially valued rural areas. Decisions taken at the political level largely influence the possibility for people to develop food sovereignty and food systems that are respectful of people and the environment."

This paper, written by Marjorie Jouen of the Jacques Delors Institute, has benefitted from inputs and reflections of Marion Eckardt, Maria José Murciano-Sanchez, Michael Schmitz, Francesco Mantino and Hannes Lorenzen expressing themselves in their personal capacity. […]

Around the world, plant breeders are resisting what they see as corporate control of the food supply by making seeds available for other breeders to use. […]