According to recent declarations given by the Romanian Minister for Agriculture, Daniel Constantin and others responsible for the development of the 20104-2020 National Rural Development Plan (NRDP), Romanian farmers lack mechanization, bank loans and management abilities. Thus, the country will direct EURO 8.15 billion from European funds towards rural development in specific intervention areas to reduce the degree of backwardness of the Romanian countryside. So what will Romania do with the money? 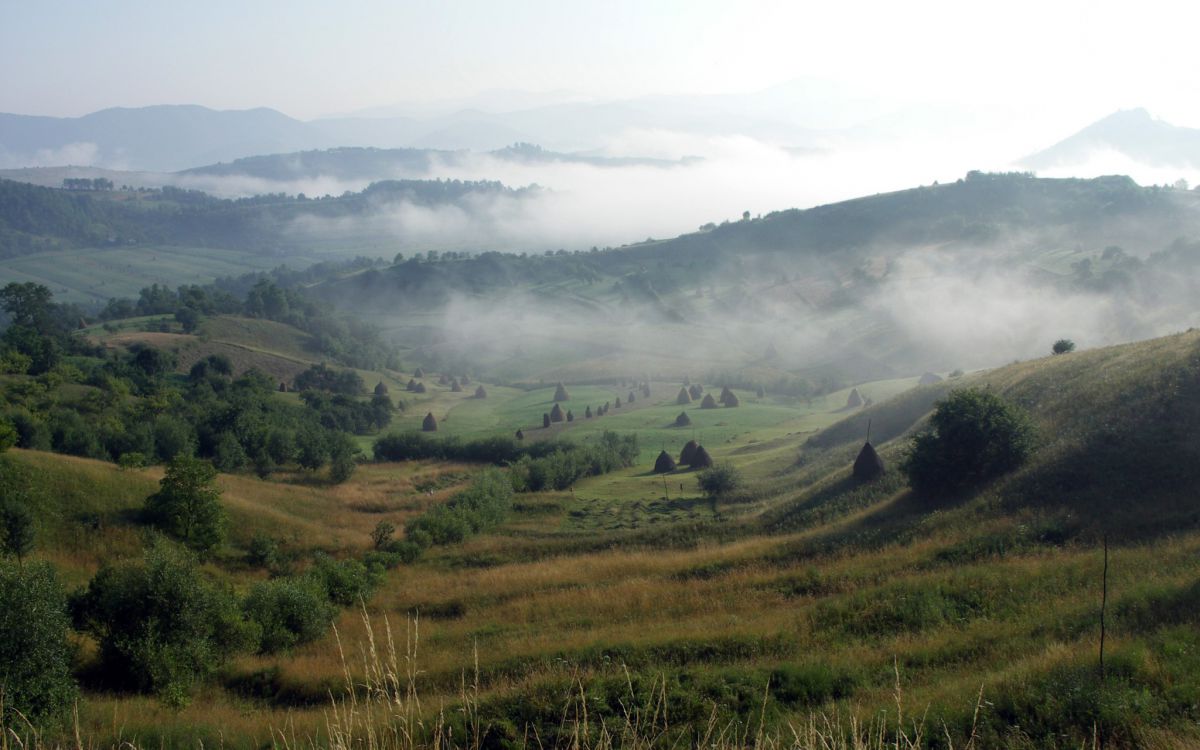 In Romania, agriculture has a gross added value of 6%, much higher than the average 1.7% of the EU, but the agricultural sector of the country is still ‘backwards’ compared to the rest of the European states. Daniel Constantin claims that the country can provide food for a population of 36-37 million individuals, much more than the actual population of Romania, which is 20.1 million.

The Minister for Agriculture and Brigitte Mehlmauer, representing GBI, the Austrian consultancy company leading the drafting of the 2014-2020 NRDP, highlighted their considerations on the main weaknesses of Romanian agriculture:

– Lack of mechanization. “It is clear, Romania has gaps in the conventional farming sector, they lack a standard of modernization, they lack mechanization”, Mehlmauer stated. The availability of equipment per farmer is counted at 350 Euro, much less than in other EU countries, where it is 9100 Euro/farmer. “Even if we did not spend all the money”…[from the last NRDP]…“we had an important infusion of capital for farming tools, but we are way behind other member states, this being reflected also by the degree of competitiveness of Romanian farmers”, declared Constantin.

– Lack of management in the countryside. Mehlmauer considers that many farmers lack management abilities, the Minister for Agriculture declaring that the training level of farm managers is 2.5%, facing the EU average of 29.4%.

– The discrepancy between rural and urban areas. “Another weakness which has to be approached refers to the huge disparity between the rural ad urban areas, especially regarding small and large infrastructures”, noticed the GBI consultant.

– No jobs. Daniel Constantin highlighted the lack of job alternatives in the rural areas, noticing that today, 40.3% of the Romanian rural population is exposed to poverty, when the EU average is 24.2%. In 2007, this exposure was 60%. “It shows some improvements, but no sufficient, so we have to address this, as it has not just an economic, but also a social impact”, declared the Minister.

– Reduced access to bank loans. Romania farmers can only have a 110 Euro/hectare credit from the banks, much lower than the 1700 Euro/hectare EU average.

– Decreased productivity. The Romanian food industry counts a productivity of 9086 Euro/individual, while the European average is 40875 Euro. According to the ministry, processing has developed well – over a billion Euro being spent in the 2007-2013 period in this sector. “Unfortunately, we didn’t deal well on the production side and we are forced to import a lot, because we have insufficient production and prices are not competitive”, said Constantin.

– Low level of organic agriculture. The country produces organically on 0.4% of the total agricultural area, while the EU average settles at 3.7%.

So where will Romania invest the 8.15 billion Euro support which the country will receive in the next seven years from the European Union?

The new NRDP will be structured on 12 measures, from which only a few will have important allocations:

Measure 1: Investments in physical assets for the modernization of farms, processing units and infrastructure. For the 2014-2020 period Romania would allocate 100 million Euro from the NRDP towards investments in agricultural exploitations. 371 million Euro would go in developing irrigation systems, 311 million Euro more than in the 2007-2013 period. “We would like to rehabilitate all the secondary irrigation sectors, not the main ones, as that is not eligible according to the European regulations”, noticed Daniel Constantin. An important allocation, 200 million Euro, will be invested in access roads for agricultural exploitations and forestry roads.

Measure 2: The development of exploitations and enterprises for the installment of young farmers, start-up, micro enterprises and small non agricultural companies. This measure will receive a total sum of 1032 billion Euro. The establishment of enterprises for young farmers will receive a 619 million Euro allocation, almost double of the amount received in 2007-2013. Also, 413 million Euro will be allocated for the establishment and development of non agricultural activities in rural areas.

Measure 3: Basic services and village revival. A total of 1 billion Euro will be available for this measure. In the current NRDP, Romania had a much higher allocation here, 1.7 billion Euros. This money is destined for investments in roads, water adduction and sewage systems.

Measure 4: Knowledge transfer and information activities with a total allocation of 6 million Euro.

Measure 5: Reforesting and the creation of forest belts with a total allocation of 79 million Euro.

Measure 6: Agroecology and climate with a total allocation of 849 million Euro. Per total, environmental and climate measures will have a 2,3 billion Euro allocation, as member states have to use 30% of their NRDP for these objectives.

Measure 8: Delimitation of areas facing natural or other specific constraints.

Measure 10: Risk management. Development of mutual funds of almost 400 million Euro. The funds will be used for compensations due to the natural elements.

Agricultural Minister Daniel Constantin estimated that Romania will be able to start the absorption of these NRDP 2014-2020 funds only from the end of 2014. The official draft of the program will be sent to the European Commission in January or February, 2014, following a negotiation with the European executive.

“It very much depends on the political will. We hope to send the program to Brussels in January, negotiate in June-July, and to open the first measures by the end of 2014”, explained Constantin.

Asked why the new NRDP is still not ready, the Director of the Program Management Authority, Mihai Herciu, explained that there were some delays at the level of the European Commission, in developing European regulations for agricultural funds which led to delays in all member states. Brigitte Mehlmauer from GBI Consulting also stated that during the accomplishment process 35000 phone inquiries and 9 regional and national conferences were organized for a dialog with the beneficiaries.

With or without delays, one certain fact can be foreseen from the proposed NRDP: the end of peasant farming in Romania. One measure after another, the Plan proposes to pour billions of euros to drastically increase farm size through industrialization, merging lands, creating monocultures stored in strategically place silos, ready to be speculated on global markets.

Meanwhile half a billion euros are planned to reroute millions of small farmers towards non agricultural occupations, taking them out from traditional peasant farming once and for all.